Leadership: What It Is and Why We Need It 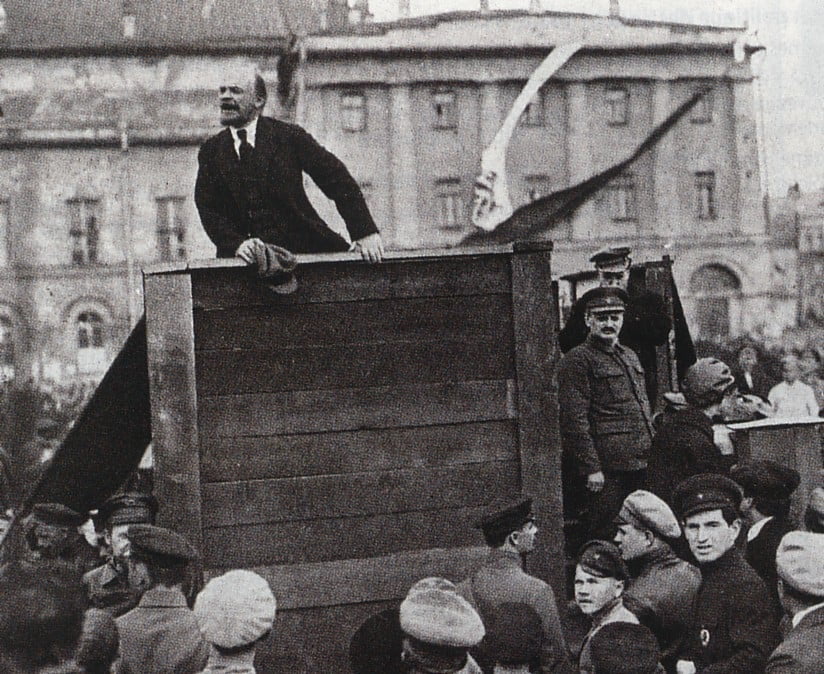 The concept of “leadership” is often met with distrust and skepticism by many on the Left, and by the youth in particular. This was clearly the case during the Occupy movement, which prided itself on its horizontalism and “leaderless” organizational forms. Other movements that have risen since then have to one extent or another followed in the same vein.

As Marxists, we would argue that although poor leadership will lead a movement to disaster, a farsighted and self-sacrificing leadership can make the difference between victory and defeat. This can clearly be seen in the Bolshevik Revolution of 1917, when, against all the odds, the farsighted leadership led the working class and the poor peasants to victory. Between 1917 and 1919, revolutions in countries with a larger and stronger working class, but without the necessary leadership—such as Germany and Austria-Hungary—were defeated. This was also true for the British General Strike of 1926, the Chinese Revolution of 1925–27, the Spanish Revolution in the 1930s—and almost every other revolution over the last 100 years.

A more recent example of bad leadership is the 2016 US presidential election. Had the leaders of the AFL-CIO and/or Bernie Sanders broken with the Democrats and mobilized people to build a mass socialist party based on the unions, this party could have beaten both Trump and Clinton. Instead, Trump is in the White House and the Republicans control Congress. Even if Trump had somehow still won the election, a mass working class party would have been established, which could lead the opposition to Trump and organize a mass struggle for political and economic power.  Instead, US workers still have no mass party to turn to.

If we want the working class to transform society, establish a workers’ socialist republic, and sweep away capitalism, we need to examine some questions. What is a leader? What is the difference between a leader and a ruler? How does good leadership degenerate and how can we avoid this?

There is much confusion pervading the world of politics today.  The ideas of the bourgeoisie, which are the dominant ideas of society, and the half-baked ideas of the petty-bourgeois reformists and labor leaders do not clarify the way forward for the working class.  They direct people into dead ends, and this, in turn, breeds frustration and cynicism among the masses.

As a result, we must start by clarifying what leaders are and the difference between leaders and rulers. Leaders are people who a class or other groups look to for guidance, direction, and advice. In contrast, rulers are people who exercise power and domination over others, whether political, economic, or both.

The relationship between leaders and the masses is one based on mutual trust and is usually developed over time. Generally speaking, leaders are elected or chosen at some point and in some manner by those who support them. There is a dialectical relationship whereby leaders provide a vision and direction for their followers. Assuming that the advice is prudent and predictions for the future are borne out by events, trust develops in the leadership.

Good leaders will also sense the needs of their followers and generalize from their demands a program to improve their lives. Good working-class leadership articulates the needs and aspirations of the toilers and shows the way forward. It always speaks the truth, even when the truth is bitter. For the working class, leadership is developed over time as a by-product of experience in struggle.

Lenin had this to say about working class leadership in Left Wing Communism: “It is common knowledge that the masses are divided into classes, that the masses can be contrasted with classes only by contrasting the vast majority in general, regardless of division according to status in the social system of production, with categories holding a definite status in the social system of production; that as a rule and in most cases—at least in present-day civilized countries—classes are  led by political parties; that political parties, as a general rule, are run by more or less stable groups composed of the most authoritative, influential and experienced members, who are elected to the most responsible positions, and are called leaders.”

A ruler or person in authority may or may not be a leader, but they have power over others.  They can order people to do something “or else.” They, or their hired functionaries to whom they delegate assignments, can direct people to do things, even things that “those directed” do not wish to do, because they have the political or economic power to force the person to follow their orders.  A boss, manager, or supervisor can punish a worker who is disobedient, sometimes by terminating their employment. The manager or supervisor might only represent the boss, but their role is to enforce the decisions of the ruler. We see the police not only have the right to ticket a person or arrest someone that disobeys them, but they can even kill people for not following their orders. In these situations, individual workers must do as they are told or face the consequences.

The conclusion we can draw from the above is that the working class does not need or want rulers—but that to get rid of the rulers, good leadership is necessary.

How does working class leadership degenerate?

The working class has built powerful organizations to defend itself against the capitalist class.  Much blood and many tears were shed to bring the trade unions into being. In many capitalist countries, although not in the US, up to now, the working class has also built political parties to fight the ruling class. The trade unions and mass workers’ parties, being large organizations, need a full-time staff to operate.

In periods of lull in the class struggle, the leaders of these organizations are increasingly separated from the class and come under the enormous pressure of the ruling class. The bosses confront these leaders of the working class as rulers, and they use both the stick of economic and state power against militant leadership, but also the carrot of perks and incentives. The union and party leaders are seduced by the capitalists as they are wined and dined and given “a seat at the table” with the boss and the big business politicians. 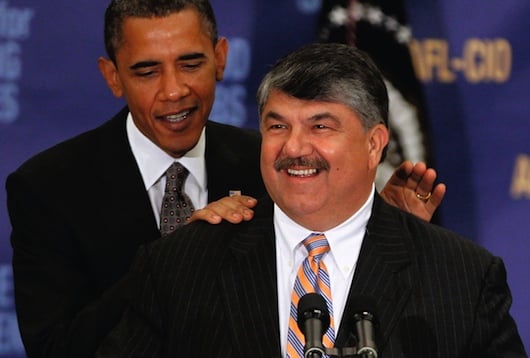 Although the capitalists use these statistics in their anti-union propaganda, facts are facts. In 2012, 428 labor leaders were paid more than $250,000 per year. Richard Trumka, the leader of the AFL-CIO, made 5.9 times what the average worker was paid that year. The report stated that the “highest paid official in any local of the United Food and Commercial Workers” union earned 25.7 times the average pay of a food service worker. LIUNA (the laborers’ union) President O’Sullivan earned 15 times the pay of an average construction worker. These figures are from 2012, but we can be sure that in the last five years, these high-paid union leaders have received increases higher than the small increases in the typical union contract which often do not even keep pace with inflation and are subject to givebacks. These union leaders also receive other benefits on top of these hefty salaries.

The working class must insist that its leaders make no more than the workers they represent and refuse the perks offered to them by the rulers. No union leader should receive more pay than an average skilled working union member. Working class leaders can be reimbursed for non-personal travel and other work-related expenses, but they do not need a limousine or first-class airline seats!

What holds true for labor leaders should also apply to any elected politician who claims to represent the working class. In the US, there is no mass party of the working class, but Senator Bernie Sanders claims to represent working people. A US Senator is paid $174,000 per year, along with generous health and retirement benefits. They also receive an expense allowance, including free foreign travel. If you look only at his salary, Bernie makes four times what a median Licensed Practical Nurse in Vermont is paid in a year, and six times more than a median customer service representative. Marxists call on all independent working-class representatives and all members of a future workers’ party to accept only a worker’s wage and donate the rest back into the movement to rid us of capitalism.

The task ahead: building a farsighted, self-sacrificing leadership

However, history shows that even if you have a leadership that lives at the level of the working class, they must also reject the ideas of the ruling class; otherwise, these alien class ideas will lead the working class to defeat. The leadership of the working class needs a scientific method, a way of generalizing from historical experience to be able to solve the theoretical problems encountered in the path to the revolutionary transformation of society. This method is known to us today as Marxism.

The leadership of the working class cannot be built overnight—this is an example of “bitter reality.” Workers must build a leadership that is not looking to make a career in bourgeois society, but rather, is ready for self-sacrifice now and in the future. Real workers’ leaders want the class as a whole to raise itself up, and are not looking to line their own pockets.

Building a collective and accountable Marxist leadership requires dedicated study, sacrifices of time and money, and the patient explanation of ideas while participating in the daily struggles of the working class. Many such struggles lie ahead!

It is in the interests of the working class to end the exploitation and oppression of capitalism and bring about a new socialist society. In the course of this struggle, the workers will test their leaders one after another. Those leading us to defeat will be discarded. Those leading us to victories will be embraced, and their forces strengthened. The ruling class is busy preparing its leadership for the class struggles ahead. The workers must do the same. Join the IMT and help us build the leadership the working class needs and deserves.