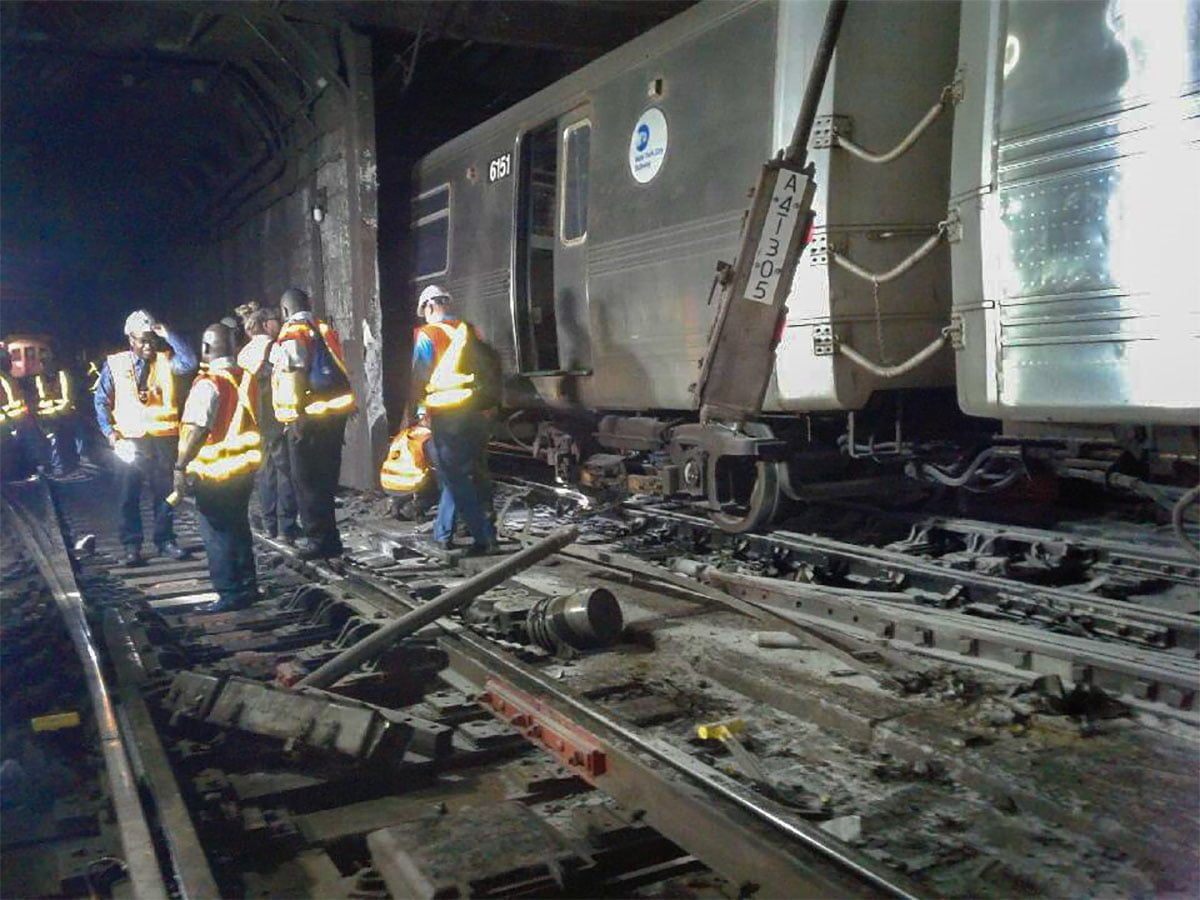 Set up by former Governor Nelson Rockefeller, the MTA is a “public benefit corporation” administered by a remote bureaucracy that runs public transportation in the NYC metropolitan area, including the subway system, buses, the Long Island Railroad (LIRR), and the Metro-North Railroad, which millions depend on for work and daily life. The head of the company has been given a month to formulate a plan to reorganize the MTA into an organization “which performs a function.”

This comes as no surprise to residents, who have seen service deteriorate to unbearable levels. In June there were several horrific incidents on the NYC subway, including a derailment that left several people hospitalized, not to mention hours-long delays in claustrophobic conditions and sweltering heat. Delays are an everyday occurrence and make commute times practically unpredictable. Spontaneous, hastily announced changes to line routes make it a maze of transfers to get to a destination, even for experienced and everyday riders, who must grit their teeth and try to endure it graciously—which is most decidedly not in the character of the average New Yorker!

In New York, conversation icebreakers are simple: you just start complaining about the trains and will invariably find yourself engaged in passionate discussion. It is not a system known for its luxury: the decor is cracking paint and gray dust, stalactites of calcified flood water, and dim cave-like lighting. It is steaming hot and smells of all varieties of human excretions. Adding insult to injury, subway fares may soon exceed $3 per ride—more than double what they were in 2003—and one will not find a single working-class New Yorker who isn’t outraged. And while the costs rise predictably, so too do the number of delays and spacing between trains.

The MTA has operated at a deficit for decades, and cannot be supported by the fares of riders and road tolls alone. However, the pressure of the economic crisis means that the burden of subsidizing its operations has reached the limit. The shortfall was once made up by using funds from real estate taxes, but this has fallen short in the years following 2008. As the level of state subsidies has also fallen over these years, their “solution” has been to directly burden those whose daily lives rely on public transit with system-wide fare increases on four occasions since 2008. On top of this, Hurricane Sandy caused extensive damage which will not be fixed for years to come. Another storm like it could cause public transportation to implode entirely.

The NYC subway system was once considered an engineering marvel, a symbol of the dynamism and vitality of American capitalism. Today, the very infrastructure the MTA relies on is rotting and in a terminal condition. A recent article from The Atlantic describes how much of the technology of the subway has remained the same since the 1940s and must constantly be repaired. They can no longer even buy spare parts from manufacturers who haven’t produced them for decades, but must simply “make do.” The mechanical signaling system is the cause of many delays, embarrassingly often because it can’t distinguish an empty can on the tracks from a train.

At 53 years old, the Brooklyn-Manhattan C train cars are the oldest continuously operating subway cars in the world.

With this dire state of infrastructure and lack of funding, they simply wait until a crisis arises and then scramble to fix it. This means reorganizing routes into utter chaos, or worse, shutting off entire areas of service completely. Of course, the latter never happens in the “playground for the rich” areas of Manhattan, but only in the minority and working class enclaves of the outer boroughs. As an example, this summer, the L train, which services working class neighborhoods in Brooklyn, will be shut down for repairs that will last a whole year. This is the line made infamous for having raw sewage seeping through the walls of its stations last year. Similar examples could be listed almost endlessly if space permitted, and a Google search will yield them. An incident along the lines of the tragedy of the Grenfell Towers fire in London is in the cards.

At a certain stage, the constant humiliation and danger to rider safety is bound to spark mass resistance. This potential has been proven by recent movements of the youth in the city, who have organized walkouts in solidarity with Black Lives Matter and against  President Trump. Ultimately, however, the 41,000 MTA workers represented by Transportation Workers Union Local 100 have a crucial role to play. Mass strike action against cuts and in favor of improved funding and service would be widely supported if the aims were clear and fought for to the end. Furthermore, the MTA should be under the democratic control of its workers and the working population of the city, not the current rotten bureaucracy.

The state of public transportation in New York City, the glimmering citadel of capital, is a condemnation of the entire system. It would be absurd to argue that the resources of society are inadequate to provide public transportation that is clean and pleasant, let alone safe and functional, especially in the financial capital of the wealthiest nation on the planet. The fact that the immense wealth we produce cannot be used to improve everyone’s lives is a glaring condemnation of this society and its rulers. Along with every other aspect of our lives, the socialist revolution will transform public transportation in ways we can only imagine, to be integrated into a worldwide plan which will open up new possibilities for the whole of humanity.