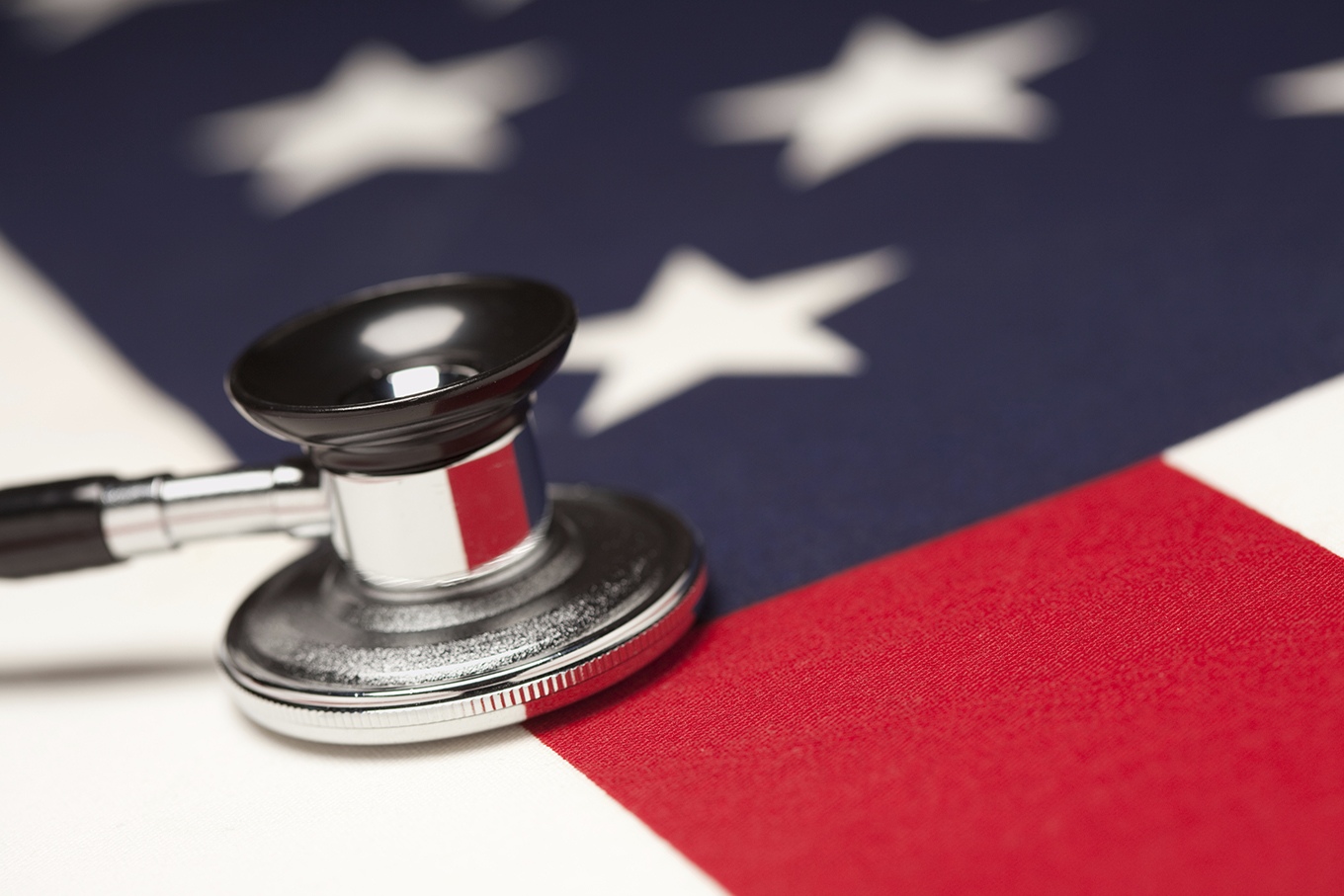 The Affordable Care Act (ACA), colloquially known as “Obamacare,” is now rolling out across the country. The embarrassing technical difficulties faced by the program’s website dominated headlines for weeks—serving to obscure the real facts about the program. Many Americans had high hopes for Obama’s signature program, in particular young workers without any medical coverage. Surely, they thought, any change must be better than the status quo. But what is the reality?

First of all, we must be clear: Obamacare has nothing in common with a socialized health care system. It does not abolish the for-profit insurance system, but rather, expands it and floods it with public dollars. It does not replace the current system with an efficient, federal government–run system offering universal coverage. It is not a “single payer” system and does not provide “Medicaid for all.” It is not like the British National Health Service or the Canadian health system. It does not even include a government run “public option” to compete with the private insurance companies on the so-called “Health Insurance Marketplace.”

Despite the shrill cries about a “government takeover,” there are few regulations placed on the insurance companies, and those that are imposed are more than made up for in other perks that benefit the HMOs. For example, the program extends coverage to the children of the insured up to age 26, and prevents companies from denying coverage for “previously existing conditions.” But in exchange they get a massively increased market and billions in guaranteed subsidies from the government.

And contrary to what the Tea Party fanatics would have Americans believe, under the ACA, the government does not decide who your doctor is. Nor is the government setting up “death panels” to decide who lives and who dies. Quite the contrary. Put simply, Obamacare is an enormous government subsidy to the private, for-profit health insurance corporations (HMOs). It is in all fundamentals a continuation of the “free market” approach of the past few decades, with big handouts to corporate America at the ordinary taxpayer’s expense.

The ACA includes an “individual mandate” requiring everyone in the country to purchase private health insurance, starting in 2014. If they do not purchase or otherwise receive coverage, they will be subject to a fine. According to the IRS rules on the implementation of the ACA: “Individuals choosing not to carry insurance are subject to a penalty of $95 per person each year, or 1% of household income, whichever is greater, beginning in 2014. Over time, the penalty increases, so that by 2016 the penalty is $695 per person, or 2.5% of household income.”

Many of those unable to afford the premiums on their own will have their premium payments to for-profit insurance companies subsidized by the government. Nonetheless, an estimated 25 million people will fall through the cracks and remain without coverage, as they earn “too much” to qualify for government support, but too little to be able to afford coverage on their own. Another 6 million stand to be left out because Republican governors in some states are refusing to implement the program. Some of these people may be exempt from the penalties, others may not.

In addition, many corporations are eliminating their company health insurance programs and sending their employees into the “health exchange marketplaces” to purchase insurance on their own, much of it to be subsidized by the government. Others are reclassifying workers from “full time” to “part time” in order to avoid having to provide coverage themselves. As always, the lawyers and big business are making a killing, while the workers are taken to the cleaners.

Incredibly, though not entirely surprising, the idea of the “individual mandate” to purchase private health insurance was originally hatched by the conservative Heritage Foundation back in 1989, in order to counter growing support for a single-payer government-sponsored system. When Republican Mitt Romney presided over a virtually identical plan as governor of Massachusetts, it received bipartisan support, was seen as a model for the nation, and nicknamed “Romneycare.” Republican hardliner, former Senator Jim DeMint from South Carolina, had nothing but praise for Romney’s ability to “take some good conservative ideas, like private health insurance, and apply them to the need to have everyone insured.”

By 2009, the individual mandate was discovered to be the devil incarnate and declared “unconstitutional” by the extreme right wing. According to Representative Paul Broun, a Georgia Republican and candidate for the Senate: “The greatest threat right now is Obamacare. It’s already destroyed jobs, it’s already destroyed our economy, and if it stays in place as it is now, it’s going to destroy America.”

Why the change of heart? Why go so far as to shut down the government and further blemish the reputation of the Republican party in a doomed-to-fail attempt to block Obamacare? One reason is obvious: the cynical reality of “politics” in Washington. In this amoral cesspool of back-room deals, false promises, lies, and betrayals, the facts never stop politicians from trying to make political gains by attacking their opponents, even if it means doing a political about-face. But there is more to it than that.

The Republicans feared that if Obamacare were even modestly successful, it would put the Democrats in a strong position heading into the 2016 presidential elections. But even more importantly, they understand that “hunger comes with eating.” That is, they fear that given the crisis of capitalism and the need to pound through austerity, even this modest lifeline of support to those starved for access to health care (even though the profits are funneled to private companies), could awaken illusions among ordinary Americans that the government should have more, and not less to do with providing jobs and basic services such as health care, education, and more.

With medical expenses skyrocketing, being uninsured can literally be a death sentence in the richest country on earth. In a country that spent 17.6% of GDP in 2010 on health care—2.5 times as much per citizen than countries like France, Sweden, and the UK—an estimated 26,000 people died that year as a result of not having health insurance. This is why there were understandable illusions in Obamacare among those who for years had to choose between health insurance coverage, owning a car, or even eating every day. Even this slight relief from the crushing grind of the capitalist crisis was seen as better than no relief at all.

But in the end, the rollout of Obamacare was a gift on a silver platter to the Republicans and a nightmare for millions of Americans. For weeks on end, the federal website created to sign people up for the program was virtually inoperable. To make matters even worse, hundreds of thousands of Americans who already had individual coverage found that monthly premiums actually doubled or even tripled on the “marketplace.” So much for the myth that capitalist competition encourages “fair pricing” for consumers!

Even with government subsidies to cover part of these higher premiums, hundreds of thousands must now pay more out of pocket than before or face penalties—not to mention the expensive deductibles, co-pays, and other out-of-pocket costs associated with actually receiving coverage. So the HMOs now collect even more from individuals and also get a cut from the government. It is truly a win-win situation for these mega corporations—who happen to have some of the country’s deepest pockets when it comes to lobbying and campaign contributions to politicians of both major parties.

The labor leaders, rather than fighting for universal healthcare, have lined up to defend Obama and the Democrats. This is shameful, especially when the health plans of millions of union members are forced to close or be curtailed as a result of Obamacare.

Health care costs, coverage, and quality affect everyone living in the US, and above all the working class majority. The scandal that is Obamacare is further proof that capitalism is an irrational system that cannot even provide basic medical care to everyone in the richest and most technologically advanced country on the planet. The only genuine and lasting solution is outlined in the WIL Program:

For a socialized, national health care system. Free scientific research from the profit motive. Full access for all to the latest medical technology, treatments, and discoveries. Massively fund research for cures and treatment of AIDS, cancer, and other diseases. Nationalize the health insurance companies, the medical equipment and pharmaceutical industries, the mega-hospital systems and related clinics, and integrate them into a single state-owned and democratically managed and administered health provider.