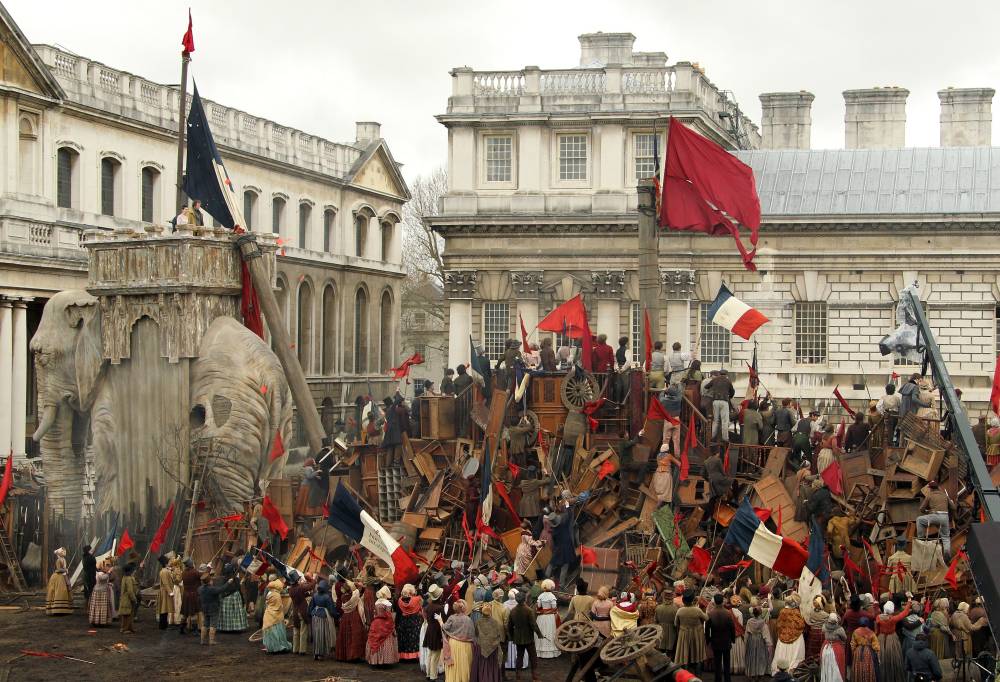 “Do you hear the people sing?” Millions of people did as they made their way to the movie theater this winter to see the film adaptation of the ever-popular Broadway musical, Les Misérables. While much of the attention came from the success of the musical and the big name actors associated with the film, it is interesting to see such a massive audience become emotionally invested in a tale of revolution whose characters are championing the plight of the poor and even brandishing their red flags. While the film and musical do not necessarily tout the same explicitly socialist themes as Victor Hugo, the author of the original book, it does illustrate the issues of poverty, inequality and the longing of people to be free, which will always resonate with people as long as class society continues.

True to its title, the film begins by showing the conditions of France’s poor in the early 1800s, in the years of reaction following the not-so-forgotten French Revolution. Our protagonist, Jean Valjean, is shown on the last day of his 19-year sentence doing prison labor, and singing the song “Look Down,” which captures the absolute indignity of the condition of the prisoner.

We then see our other characters: The poor single mother Fantine, who is forced into prostitution to pay for the care of her child Cossette; Cossette, the child who is mistreated by her caretakers; and the most important of Hugo’s characters, the poor and oppressed masses themselves. The audience is assailed with tragic story after tragic story with the brief elation of Valjean becoming wealthy and rescuing Cossette from her captors. But the audience is never allowed to forget that the intense despair and the anger at the social conditions is boiling under the surface.

After this we jump ahead 12 years and see another rendition of the song, “Look Down.” That all-important character, France’s poor, are crowding a procession of the rich crying for food, clothes, and mercy. It is here we meet Gavroche, a young orphan who symbolizes the spirit of the revolution. His youthful longing for freedom as well as his immaturity foreshadow the fate of the coming revolution.

We are also introduced to the young students, most notably Marius and Enjolras, agitating large crowds trying to turn the misery of the poor into anger against the ruling class. The film shows the youth leaving their lives behind, including Marius leaving his new love, the now-grown-up Cossette, to ignite the flame of revolution among the Parisian masses. Like Gavroche, however, the revolution was not yet mature enough to fundamentally uproot society, and resulted merely in a “changing of the guard” at the top. And the young revolutionaries, with the exception of Marius, end up being crushed by the state.

This story resonates particularly well in a society where wealth inequality has reached previously unthinkable levels, and millions of people are searching for some sense of security and freedom. Like the musical for the past 25 years and the book for the past 125 years, this film is able to capture and portray this yearning of people to better their situation; the yearning for revolution.

As actress Anne Hathaway put it at the Oscars: “Here’s hoping that some day, in the not-too-distant future, the misfortunes of Fantine will only be found in stories and nevermore in real life.” Such a hope can become a reality only with the ending of the capitalist system, which is the root cause of these horrendous misfortunes.