Roy Moore, Al Franken, and Your Manager at Walmart: Why Sexual Harassment Can’t Be Ended Under Capitalism 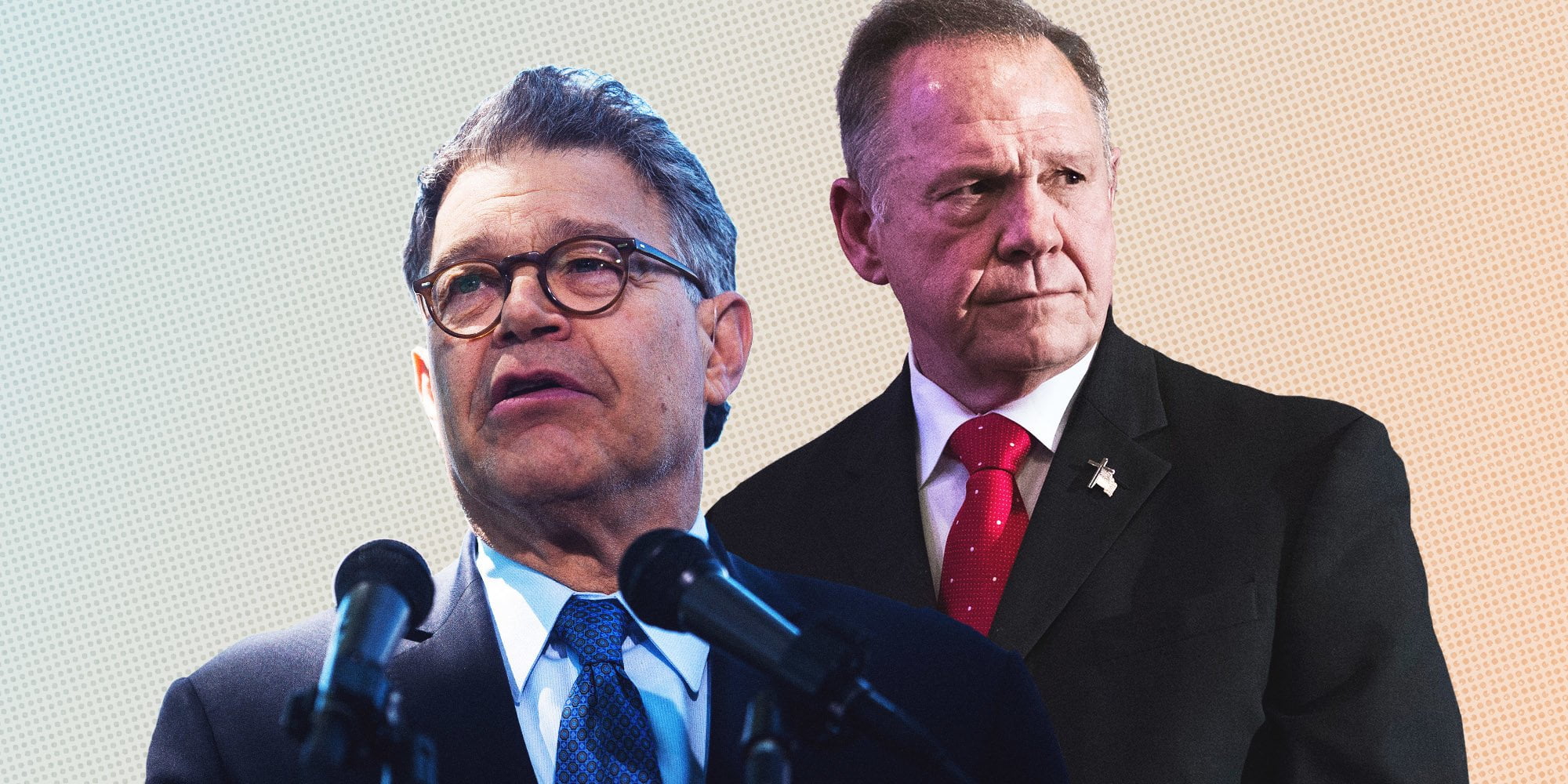 In early October, accusations of sexual assault against Harvey Weinstein, the Hollywood producer, opened the floodgates to a wave of accusations against big names in politics and entertainment. Louis C.K., Kevin Spacey, Roy Moore, Al Franken, Matt Lauer, and Garrison Keillor are only a sample of the celebrities and politicians who have been publicly accused of sexual harassment since Weinstein. These accusations have dominated mainstream media for the past month with speculations, denials, apologies, resignations, and condemnations. It sprouted a resurgence of the #MeToo hashtag on Twitter and other social media, exposing the prevalence of sexual harassment.

Workplace harassment is not limited to Hollywood. Capitalism organizes society into employers and employees. The CEOs, bosses, and managers have the power to fire the line cooks, Walmart sales clerks, agricultural workers, secretaries, etc. The threat of unemployment and calculated promotions are used as coercive tools by employers to soften or suppress demands for better wages and working conditions. It should, therefore, come as no surprise that a surprising number of employees, who fear losing their jobs if they do not comply, are coerced into sexual acts or tolerating harassment. For the same reason, incidents of such abuse are vastly underreported.

The hashtag #MeToo must be understood in the context of Trump’s election. During his campaign, a recording was released in which he admitted to sexual assault, fueling the rage that women’s millennia-old oppression keeps on a soft boil. This anger exploded in the Women’s March, the biggest demonstration in recent US history. Almost a year since Trump’s inauguration, millions of people more readily believe the victims over the accused celebrities and politicians, even liberal ones.

Many liberals seemed genuinely shocked to discover that liberal politicians and entertainers were also among the accused—as if only conservatives have a copyright on misogyny! However, after the explosion of #MeToo, many were not so disbelieving. Millions of women are demanding justice for victims of sexual assault, and millions of others are expressing solidarity with this demand. This is a positive effect of the #MeToo hashtag, as fewer people are willing to defend sexual harassment when their friends and family have found the courage to voice their own experiences.

Most of those on the far right, like Roy Moore, have denied the accusations outright and mobilized their lawyers and supporters in the media to discredit the victims. As for many of the liberals accused—including mega-Clinton backers Harvey Weinstein, Louis C.K., and Al Franken—the trickle of “apologies” has largely been a circus of cowardice and hypocrisy.

Admitted guilt in these matters usually means swift consequences. If a retail worker apologizes for stealing from the cash register, there is no delay in the immediate termination of their employment and the pursuit of legal action. Yet there is extensive debate among liberals as to whether or not Al Franken should resign. A self-identified feminist even argued that Franken should use his position to “empower women.” When admitted sexual harassers go unpunished, it shows the victims that they do not matter, and gives the harassers a pass. This argument also patronizes women, implying we might need the help of a groper in order to be “empowered”!

Some of the accused harassers have resigned, been fired, or been forced out of their positions of power through other channels. From mainstream media reports, it would appear that Hollywood and politics are being purged of these misogynists, but the bitter reality is that this is just scraping the surface. Our society is rife with abuses of power—not just in Hollywood and politics—but in our schools, jobs, and homes. 56% percent of girls and 40% of boys in grades 7–12 said they were sexually harassed at least once in the past school year, in a survey done in 2010–11 by the American Association of University Women. In a Cosmopolitan survey of over 2,000 women working full or part-time, one in three had experienced sexually explicit or sexist remarks while at work. According to the National Network to End Domestic Violence, three women are killed every day by a former or current partner.

Capitalism has not been able to solve the problem. Remedies include poorly-funded shelters, toothless “sensitivity training,” and a “justice” system with more holes than Swiss cheese—not to mention low wages and underemployment. Non-white women and immigrants, who are overrepresented in the ranks of the poor, find themselves in an even more precarious and vulnerable position. There is no incentive for the capitalists to jail themselves when they harass people, and no capitalist incentive to sustain shelters for victims of abuse. They have tolerated this poison for centuries, and only when it threatens to give them bad PR do they move to push the most blatant abusers out.

Sexual harassment is not merely an interpersonal issue or one in which “men” in the abstract are “to blame.” It is also not limited to employers coercing employees, nor is it limited to men harassing women. To understand the gendered nature of sexual harassment along with other forms of humiliation, coercion, and abuse, we must understand the history of women’s oppression and capitalism.

Capitalism inherited patriarchy—women’s oppression by men—from the pre-capitalist societies that existed before it. Frederick Engels provides a basic introduction to this process in his classic work The Origin of the Family, Private Property, and the State. It was only after the Russian Revolution’s advances in women’s liberation that most of the rest of the world achieved the most basic legal progress in the realm of women’s rights, with suffrage as the most obvious example. 100 years later, we see the continuation of women’s oppression in the US and other industrialized countries in the wage gap, in rates of sexual violence, and the lack of basic reproductive rights. In the less developed countries, the situation for women is even more appalling. Patriarchy thrives within capitalism and divides men and women within the working class to maximize the profits of the capitalists. Patriarchy and other systems of oppression pit employees against each other so they do not join forces against the employers to rightfully demand higher wages and safe, harassment-free workplaces.

None of us are immune to the societal influences in which we live and grow. In theory, we are “free” to make our own decisions as individuals, but those decisions are made within a preexisting society with its own history. Unfortunately, this can also affect workers’ organizations and the Left. In recent years, a series of socialist organizations in the US and internationally have been roiled by internal crises due to accusations of sexual harassment. The AFL-CIO has also forced the resignation of some of its executives due to such charges.

Recently, the LA local of DSA has seen a series of accusations ranging from harassment to assault within the membership. The DSA’s NPC must take these accusations very seriously. Although one of the accused members has already voluntarily left the organization and thereby avoided any sort of punishment, there should be extensive interviews by a Control Commission of anyone remotely involved, with reprimands for anyone who was witness to harassment and chose to do nothing. We must build an organization based on solidarity that sees women’s emancipation as a key component of the fight for socialism. Nipping any form of harassment in the bud whenever it arises is critical to that effort.

The bourgeois family is one of the key organizing units for the capitalist economy. The persistence of this form of the family is fundamentally based on an imbalance of power. To paraphrase Lenin, under capitalism, women are the slaves of slaves. In this epoch of capitalism’s senile decay, the bourgeois family finds itself in terminal crisis, promising untold misery for millions, and in particular, for women and children. To effectively purge the world of sexual harassment and abuse, both from our workplaces and our homes, we must eliminate the profit incentive and rebuild the family and all social relations on a new basis. In short, we must purge the world of capitalism!

In place of capitalism, we need to build a system without classes, without powerful employers and vulnerable employees, without economic or physical coercion, in which no one has unelected nor unaccountable power over anyone else. No one should feel coerced into a sexual act due to fear of losing their job, home, or health. No one should be able to bribe their way into a sexual act or get out of the consequences of being found out by handing their victims a wad of cash or a promotion.

The IMT fights for full employment, quality housing, education, and healthcare for all. These are critical to ending sexual harassment and realizing women’s liberation and the liberation of the whole of humanity. Our program also includes the fight for socialism internationally, not only because the success of the revolution depends on it, but because no human is truly free while any other remains in any form of bondage. We must fight shoulder to shoulder with the exploited and oppressed of all countries, particularly in the so-called developing world, as they are daily confronted with an even harsher patriarchal reality. The fight against sexual harassment and patriarchy is the fight for socialism!