“Saint” Teresa of Calcutta: A Fanatical Stooge of the Ruling Class 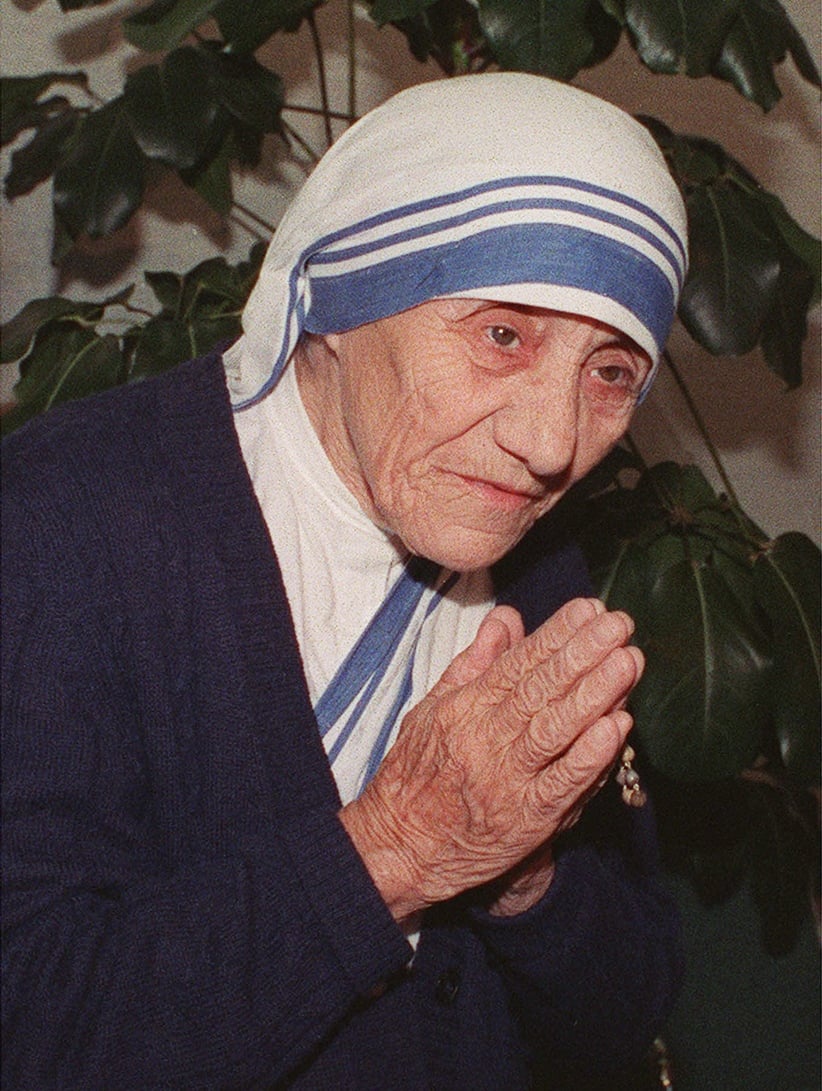 Mother Teresa (1910–97) has been beatified by Pope Francis I, after a series of miracles (where the role of modern medicine was conveniently swept under the rug) were fished out from her lifelong record running clinics for the poor in India. These years of crisis and revolution have been a lean period for the Catholic Church, which is forced to churn out saints to maintain its appeal.

Indeed, the saint-making business is thriving these days (in three years Francis has canonized 29 saints). Pope Francis has also been careful to varnish the hierarchy of the Catholic Church and its pantheon of saints with a gloss of social justice. Francis has attempted to paint his newest saint as a friend of the poor, a woman who “made her voice heard before the powers of this world, so that they might recognize their guilt for the crime of poverty they created.” The truth, however, is very far from Francis’s adulations of this “saint of the gutters.”

[Read also a longer article about the role of Mother Teresa here: Wojtyla and Teresa, or a Case of Saintly Overproduction]

An enthusiast of poverty and suffering

Mother Teresa was born in Skopje in 1910 to an Albanian family as Anjezë Gonxhe Bojaxhiu. She took up her religious vows at an early age and moved to India to join the missionary work of the Catholic Church. Apparently distressed by the misery faced by the Indian masses, in 1950 she set up her own charity, the Missionaries of Charity, and began giving medical treatment to the dying poor of Calcutta. She soon began to be venerated as a merciful friend of the underprivileged, with the help of reactionary BBC journalist Malcolm Muggeridge, who did much to promulgate her miracles. However, she was not a friend of the poor but an apologist of poverty. “I think,” she said, “it is very beautiful for the poor to accept their lot, to share it with the passion of Christ. I think the world is being much helped by the suffering of the poor people.” Her “clinics” did much to promote that suffering. Prestigious medical journals such as The Lancet have reported that, despite the generous funding of Teresa’s foundation, these centers were (and are) marked by their precariousness, by the negligence of basic standards of hygiene, by overcrowding, by the disregard for modern medical protocols, and by an underqualified staff.

These foul infirmaries were not meant to cure the poor. Many would enter these facilities with minor issues and come out dead. These were places where the poor were brought to die, unable to afford anything else out of the rottenness of Indian capitalism. They would, alas, also receive a fair dose of Catholic proselytism. But these clinics would not even alleviate the pain of the dying. For Mother Teresa, pain was a heavenly reward, “the most beautiful gift for a person is that he can participate in the sufferings of Christ.” A beautiful gift indeed. “You know,” she told an anguished cancer patient, “this terrible pain is only the kiss of Jesus.” But Teresa herself did not practice what she preached. She received her medical treatment in expensive private clinics in California and Rome.

Mother Teresa, belonging to the far right of the Catholic hierarchy, was staunchly opposed to abortion, same-sex marriage, and divorce. In the speech delivered after receiving the Nobel Peace Prize, she famously referred to abortion as “the greatest threat to world peace.” It seems the only time she really cared about life was in the womb. After that, people were encouraged to die in misery and suffering. Upon receiving an award by the World Health Organization, she called AIDS a “just retribution for improper sexual conduct.”

A friend of murderers and dictators

Mother Teresa’s philosophy, which asked the poor to passively accept their fate, was extremely useful for the rich and the powerful to keep the oppressed in chains. What could be better than to teach the exploited to embrace their lot in the hope of an afterlife, not to question worldly injustice, and, when sick, not to demand proper treatment but to seek charity in precarious and overcrowded nursing homes? In 1983, the US multinational Union Carbide’s plant in India exploded, causing terrible deaths and injuring many others. This was clearly due to the company’s policy of saving on safety measures. Mother Teresa’s comment was, “This could have been an accident, it’s like a fire [that] could break out anywhere. That is why it is important to forgive. Forgiveness offers us a clean heart and people will be a hundred times better after it.” So instead of organizing to fight back against Union Carbide, the victims of this terrible crime of capitalism should merely accept their lot.

It is no surprise that Mother Teresa befriended some of the world’s most savage dictators and received lavish donations from all sorts of gangsters and oligarchs. In 1981 she travelled to Haiti to be awarded the “Légion d’Honneur” by the corrupt, brutal dictator Jean-Claude “Baby Doc” Duvalier. During her visit, Teresa remarked that she “had never seen poor people being so familiar with their head of state.” This head of state, so familiar with his people, would be overthrown five years later in a popular insurrection. She also received donations, titles, and ovations from the likes of Ronald Reagan, who was colluding in the murder of socialist Catholic priests in El Salvador at the time, or the Guatemalan military junta. When Teresa visited Guatemala in 1979, the dictatorship was conducting a savage counterinsurgency campaign against the communist guerrillas and genocide against the indigenous population. When asked about her visit, her only comment was that “everything looked peaceful in the places we went to. I don’t get myself involved in that type of politics.”

Teresa also received enormous donations from gangsters and crooks like archconservative financier and Nixon advisor Charles Keating, involved in a major fraud scandal. Teresa interceded in his favor before the California judge trying him, referring to this swindler as “kind and generous before the poor of God,” and preaching to the judge about the virtues of forgiveness. The prosecutor in the case decided to send Teresa a letter asking her to return the money that Keating had donated—to no avail. Indeed, Mother Teresa’s charity was notoriously opaque. Requests by journalists to access the organization’s books are consistently turned down. One can only wonder where the money of this flush charity (the tenth-wealthiest in India) goes to—certainly not into upgrading their rundown clinics.

The Church hierarchy and the ruling class

Why is it that apologists of poverty and exploitation like Mother Teresa are canonized, even while real Christian fighters for justice and equality such as Hugo Chávez, who was persistently fought and plotted against by the Catholic Church, or Father Óscar Romero (murdered by Ronald Reagan’s mercenaries) or Jean-Bertrand Aristide (whose government the Vatican did not recognize) are scorned or snubbed by Church authorities? The attempt by Pope Francis to paint Mother Teresa, who was a sadistic fundamentalist, as a champion of social justice is cynical and insincere. But then again, Pope Francis himself has a shadowy past combating the left-wing priests of Liberation Theology and conniving with the vicious Videla dictatorship in Argentina. Francis’s demagoguery only reflects the seething pressure from below, as the Catholic rank and file become exposed to the current wave of radicalization and revolutionary ferment and loses faith in the corrupt and detached Church authorities.

Jesus Christ expelled the merchants from the temple—but they soon crept in through the back door. For centuries now, the hierarchy of the Catholic Church has been a willful ally of the ruling class, giving an ideological justification to the misery of the masses and to the privileges of the elites—receiving a generous retribution in return for their services. Throughout slave society, feudalism, colonialism, and modern capitalism, the masters have been changing but the aim remains the same: to ensure the subservience of the poor before injustice and exploitation. And Mother Teresa has been one of the most slavish stooges of the rich and the powerful—she has been an agent of the merchants in the temple. Jesus Christ said it is easier for a camel to go through the eye of a needle than for someone who is rich to enter heaven. We can only imagine that the same applies for the peddlers and preachers of the rich. Marxists don’t believe in heaven—but if heaven did exist, we can be sure Mother Teresa wouldn’t be allowed in.