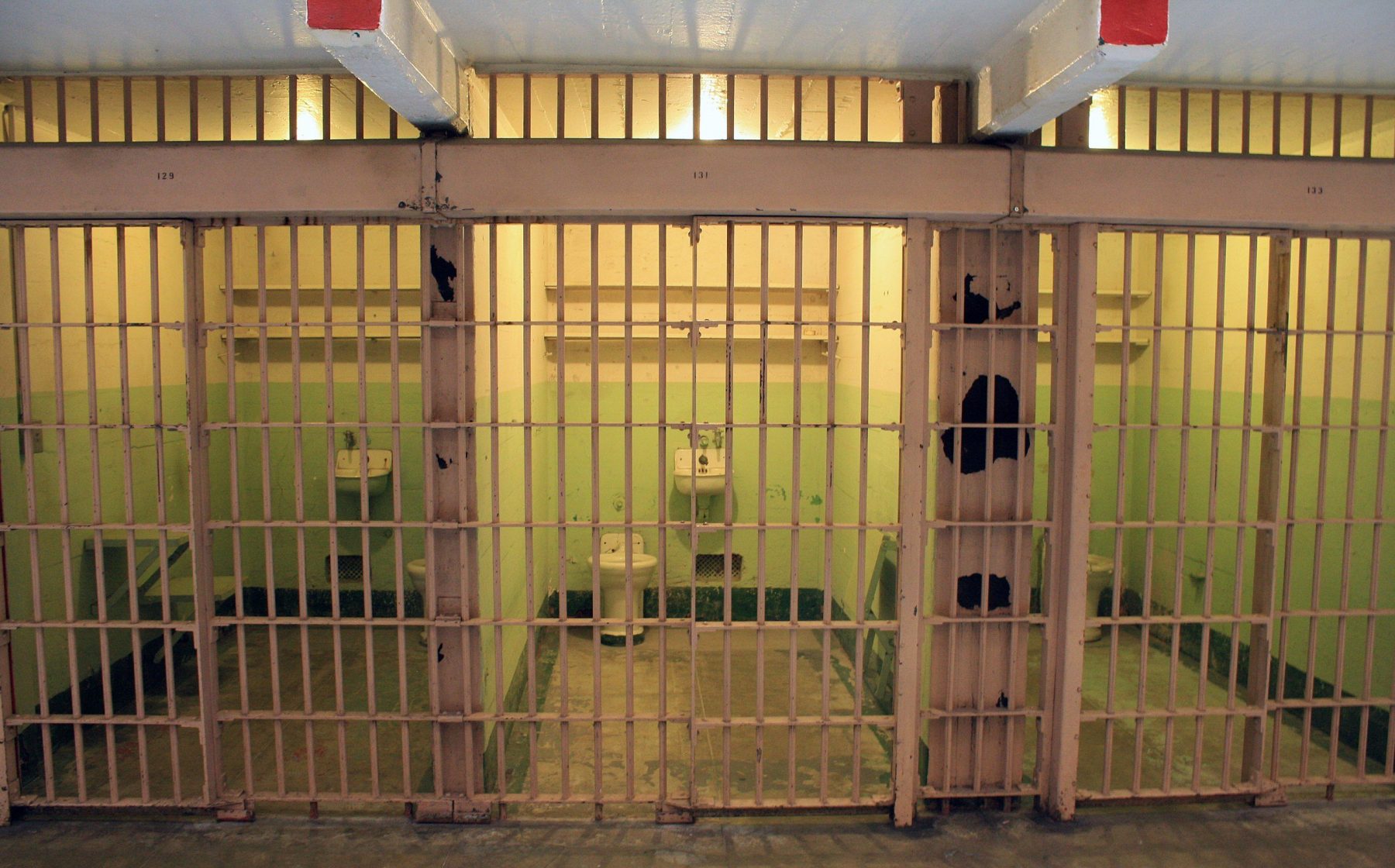 On Tuesday, November 8, voters in five states—Alabama, Louisiana, Oregon, Tennessee, and Vermont—will be presented with ballot questions on the abolition of slavery. This will doubtless come as a shock to many. No reputable high school history textbook will fail to note that slavery in the US was abolished in 1865. However, as with so much in the Byzantine world of bourgeois legality, the matter is not so simple.

Abolition… with an exception

Chattel slavery in North America developed in the 17th century. Although slaves of African descent first arrived in Virginia in 1619, plantations in Britain’s southern colonies were worked primarily by indentured servants, debtors who were bonded for a term of years and freed afterwards—if they survived. But agricultural labor was in short supply relative to the colonies’ vast abundance of arable land. This imbalance was a recipe for intense class struggle and the colonies were rocked by a series of uprisings in the late-17th century. During Bacon’s Rebellion of 1676, Black and white slaves and indentured servants united in an armed insurrection against Virginia’s much-hated colonial governor, William Berkeley, and burned the colonial capital to the ground.

The danger of this class unity was clearly understood by the local oligarchs, and a preference for chattel slaves over indentured servants was firmly established in the thirty years following Bacon’s Rebellion. Slavery solved two problems for the nascent American ruling class. Firstly, it helped to mitigate the relative labor shortage. While indentured servants could leave their masters and set up their own farms after their terms expired, slaves were the legal property of their masters for life, as were their descendants. Secondly, creating a racial division between Black slaves and whites laborers allowed the capitalists to “divide and rule,” preventing future uprisings on the model of Bacon’s Rebellion.

Slavery enriched the Southern planters and the Northern industrialists who used Southern raw materials in their manufactures. But the contradiction between free and slave labor became an increasingly destabilizing factor for US capitalism, finally exploding in civil war from 1861–65.

At first, the Northern bourgeoisie hoped to reunify the country without making major social and economic changes. But victory could only be ensured through the most revolutionary methods. Nearly180,000 Black men—most of whom were ex-slaves—took up arms for the Union and, fighting alongside white workers and small farmers, obliterated the chattel slave system for good. For this reason, Marxists recognize the US Civil War as the “Second American Revolution.”

The revolutionary gains of the war were codified in the 13th, 14th, and 15th Amendments to the US Constitution. However while the 13th Amendment abolished slavery, it contained one crucial exception. It reads, in part:

Neither slavery nor involuntary servitude, except as a punishment for crime whereof the party shall have been duly convicted, shall exist within the United States [our emphasis].

The ruling class wasted no time exploiting this loophole in the 13th Amendment. In the immediate aftermath of the war, the ex-Confederate states all enacted “Black codes.” These laws severely restricted the rights of freedmen and women (ex-slaves) to own property, carry weapons, work, vote, and move freely.

The racist statues made it difficult for many freedmen to find work. At the same time, “vagrancy” was a crime under the Black codes, in essence making it illegal to be unemployed or homeless while Black. The codes were overturned by the Civil Rights Act of 1866, but they returned again after the defeat of Radical Reconstruction.

Southern prison populations exploded. In North Carolina and Florida, the number of inmates increased over tenfold in the generation following the end of Reconstruction. And although the incarceration rates at that time pale in comparison to what we see today, the number of prisoners in Mississippi quadrupled during the 1870s.In Alabama, it skyrocketed from 374 to 3,152 between 1869 and 1925. The racial composition of prisons changed too. Blacks made up one-third of prisoners in Tennessee at the end of the war. By 1879, they accounted for over two-thirds.

The driving force behind these dramatic changes was “convict leasing.” Under this system, state officials leased prisoners to private capitalists, who forced them to work in agriculture, mining, logging, and building railroads under the most appalling conditions. The prisoners weren’t paid, but the capitalists realized enormous profits while the government middlemen made tidy sums for themselves. For a significant section of the Black population, slavery returned through the back door.

Convict leasing came to an end in the late 1920s, partly due to the militant struggle of the labor movement against the practice. But unpaid, forced labor in US prisons continued. In Tennessee, the Brushy Mountain State Penitentiary was built on rich coal seams and operated a mine with prison labor until 1966. The Angola farm in Louisiana is a particularly instructive example. It began in 1830 as a privately owned plantation worked by slaves. After emancipation, it was run with leased convicts. In 1901, it became the Louisiana State Penitentiary. To this day, it remains a working farm where prisoners toil for wages as low as 4 cents an hour.

Today, roughly 800,000 prisoners work for little or no pay across the United States. Prisoners who refuse to work face cruel punishments including solitary confinement and denial of family visits.

Most prisoner-workers are paid pennies per hour. In seven of the eleven ex-Confederate states, they are paid nothing at all. But these indignities aren’t exclusive to the South. In Pennsylvania, the starting wage for prisoners is 19 cents an hour. The best-paying jobs in the state’s correctional system are in the dangerous field of asbestos removal. The starting wage for these prisoners is 75 cents an hour. This is abysmal in absolute terms, but is even more outrageous when compared to the wages this type of labor commands outside penitentiary walls. The starting salary of workers doing the same job for the Philadelphia School District is $53,513 a year.

Fully 70% of prisoners surveyed by the ACLU say they cannot afford basic necessities like soap and phone cards with their earnings. In addition to negligible pay, prisoners are denied the most elementary protections of labor law. While federal prisons must comply with OSHA regulations, state prisons—holding 87% of all US inmates—are exempt from workplace health and safety regulations. Prisoners do not get overtime pay and are prevented from organizing labor unions.

The exploitation of prison labor has become big business. While most prisoners work maintaining and servicing their prisons, over 50,000 produce goods and services for private companies. In the state of Utah alone, prisoners work for nearly 1,000 corporations including Apple, FedEx, Pepsi-Co, Procter & Gamble, and Verizon.

In essence, convict leasing has returned on a higher level. The ACLU estimates that inmates produce at least $2 billion of goods for private corporations annually. However, they note that the real figure is likely much higher. Since subcontractors act as middlemen between prisons and the big monopolies, most data on the economic value prisoners produce is guarded by business secrecy.

The impotence of the liberals

Voters are certain to support the anti-slavery ballot measures in large numbers. After all, closing the slave-prisoner loophole seems like a no-brainer. In Alabama, Tennessee, and Vermont, there is negligible public opposition to the proposed amendments. The Oregon State Sheriffs’ Association has come out against the ballot measure, but they are likely to be disappointed come election day. Opposition is strongest in Louisiana. Both the Louisiana House Democratic and Black caucuses are urging voters to reject the measure, not because they favor slavery, but because of its vague and confusing wording.

However, whether voters pass or reject these measures will prove largely irrelevant to the 800,000 imprisoned workers. As the New York Times explains, “legal experts cautioned that the ballot measures would not likely have any immediate legal effects if they passed.”

Indeed, Colorado, Nebraska, and Utah have already removed exceptions for prison labor from their state-level slavery bans. After Colorado’s vote in 2018, an inmate named A. Mark Lamar sued the state, arguing that involuntary prison labor was now unconstitutional. The Colorado Court of Appeals ruled against him, writing “the voters did not intend to abolish the DOC inmate work program by virtue of passing [the amendment].”

After its vote, Nebraska raised prison wages from between $0.16 and $1.08 an hour to $20–30 a week. As a result, prisoners now make about 5–8% of what full-time minimum-wage workers earn in the state. This sclerotic reform stands as the most tangible result of all the liberal campaigns on this issue.

Unfortunately, ballot questions like those under consideration in the 2022 midterms are about soothing liberal consciences, not improving the wages and working conditions of prisoners. Democrat Raumesh Akbari, who initiated the Tennessee amendment, summed up the liberals’ real motives when she told the AP, “Our constitution should reflect the values and the beliefs of our state.”

While Democrats love to croon about “values” and “beliefs,” they are markedly less enthusiastic about actually paying prisoners for their labor. In California, the Democrat-controlled Senate voted down a proposed constitutional amendment which would have mandated paying prisoners the minimum wage. The vote came after Democratic Governor Gavin Newsom’s administration warned it would cost the state $1.5 billion a year.

Liberal reforms are a dead end. The organized working class is the only force that can end all forms of exploitation and oppression. The labor movement should be at the forefront of the struggle, just as it was in the fight against convict leasing. It took a revolution to end chattel slavery. It will take another revolution, the socialist revolution, to finally abolish slavery in all its forms—including wage slavery.