The NYC Mayoral Election and the Working Class 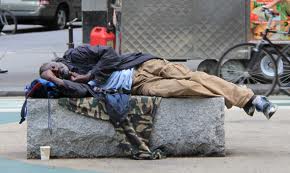 2013 is an off year for elections, involving races for cities, towns, and a few state governments. Among the more prominent elections is the one for mayor of New York City, which the ruling class says is “the second toughest job” in the country, the first being president. From their perspective, it is a tough job to rule and exploit the masses.

The working class in NYC again heads into these elections without a candidate. The NYC Central Labor Council brings together roughly 600 union locals and 1.2 million members, not including the families, friends, and neighbors of the members, and yet, we do not have a labor party, even on the city level. The labor leadership tells workers to vote for so-called “friends of labor,” usually the Democrats and sometimes even Republicans such as past Mayors Giuliani and Bloomberg. This policy flies in the face of the fact that the Democratic Party, like the Republican Party, is controlled by the same wealthy people and corporations. They also control the various political clubhouses made of up and coming politicians—the future servants of the rich.

The Decline and Rise of New York

NYC has long been the financial headquarters of American capitalism, but it also had substantial manufacturing as well. Some of the workforce was unionized before the 1930s, but with the rise of the CIO, during the period before and after World War II, much of the previously unorganized manufacturing industry was unionized.

American capitalism began closing factories in NYC and moving them to the South, where unions were weak and Jim Crow segregation divided the working class, or to the neocolonial countries where superexploitation equals superprofits.

The result was a decline for NYC. The 1960s and 1970s saw an increase in poverty, unemployment, and crime, along with a decline in public services. Movies such as The Taking of Pelham, One, Two, Three, Serpico, Death Wish, Annie Hall, and Looking for Mr. Goodbar show life in the city at that time, of course somewhat distorted by the Hollywood lens. These movies show a very different New York than what is presented in the more recent Friends or Sex and the City.

However, the postwar economic boom came to an end for American and world capitalism in the mid-1970s. The ruling class did not want to face another slump and upsurge of class struggle like the 1930s. Therefore, the capitalist went on a debt binge. Total global credit was about $1 trillion in 1968. By 2007, it was $50 trillion. The growth of credit and finance capital helped spawn a boom in New York, starting in the late 1970s. The phenomenon of gentrification was born, as the higher-paid staff in the finance industry wanted a shorter commute, so they moved into Manhattan, causing property values and rents to rise, forcing the working class to move to the outer boroughs or the more modest suburbs.

The financial crisis several years ago would have devastated NYC if not for the massive bailouts of Wall Street, the banks, and insurance companies like AIG. But nothing fundamental has been solved, and another property and speculation bubble has been inflated. NYC’s future under capitalism is very precarious.

As this occurs, the majority of the working class in the city is not doing so well. Unemployment is still higher now than it was before the last slump. The top 1% of earners in the USA collect 22.5% of the entire income of the country. The top 10% of earners take over half the country’s income, meaning the top 10% make more than the bottom 90% combined!

NYC and state public employees have seen their wages decline in real terms, and pension benefits are increasingly reduced for new employees. In the US, about a third of the population is “poor or near poor.” In NYC, about 40% of the population are in this category, while the richest people live in the splendor of their townhouses and skyscraper condominiums.

The Democrats’ Primary & Splits in the Ruling Class

The main three candidates in the Democratic primary were City Council Speaker Christine Quinn, former Comptroller Bill Thompson, and Public Advocate Bill de Blasio. Quinn is an excellent example of what happens to good activists when they get sucked into bourgeois politics.

Quinn started out as a gay rights and tenants’ rights activist, and ended up as the Speaker of the NY City Council, where she took bills designed to give private sector employees some paid sick leave, and watered them down further, making sure to please big business and Mayor Bloomberg, one of the richest men in the USA.

Thompson, when he was City Comptroller, was in charge of the investments of the NYC Employees Retirement System. He became great friends with Wall Street, who love to make money “guiding and managing pension investments.”

Both of these candidates were defeated by Bill de Blasio. De Blasio is a former college “radical” and long-time bourgeois politician who formerly worked for Mayor David Dinkins, and as part of President Clinton’s adminstration, where he worked under Andrew Cuomo, now the Governor of NY state, in the Department of Housing and Urban Development.

De Blasio represents the “left wing” of the ruling class, those who can see that the growing inequality and decline in workers’ standard of living is a threat to the stability of capitalism. In an attempt to appear like someone who will “take on Wall Street,” he advocates a tiny income tax surcharge on the rich, to pay for an expanded kindergarten program. Most likely, de Blasio will not get even this tiny tax increase through the state legislature. Even if he gets what he wants, politicians like de Blasio offer tiny crumbs to the workers and then say, “see, the rich have sacrificed, now its your turn, we must all share the pain!”

He also says he wants to build “affordable housing,” but does not explain where the money will come from. As with all bourgeois politicians, it is not a question of “good intentions” or personality; when you serve the system, the system rules. Unless and until a workers’ government nationalizes the big corporations and puts them under democratic workers’ control, the companies will always plead poverty and buy politicians, and there will never be “enough money” to pay the workers more or fund education and services. And yet, somehow, there is always plenty of money to pay the rich municipal bondholders their interest!

NYC employs over 300,00 unionized city workers. Most of these unions have been without a contract and a raise since 2011, even though the cost of living continues to go up in one of the world’s most expensive cities. The teachers have been without a raise since 2009. The city work force makes less in terms of real pay and benefits than it did in the early 1970s. But without the work of the public sector, the city would come to a standstill: no education, transportation, sewers, fire protection, and other needed services. This is the infrastructure that allows the economy to function.

This is what de Blasio has to say about this issue: “What I say to Michael Mulgrew [the teachers union president] and any other labor leader is, put on the table anything you want, I’ll put on the table our reality and I’ll tell you some of the things I need.”

In other words, de Blasio has the same position as Bloomberg: any raise given to the public workers must be paid for out of givebacks in other areas, usually directed heavily against the newer workers. Is this the policy of a “pro-worker” mayor?

No to Lhota, Carrion and de Blasio

If Republican Joe Lhota is elected, he will continue to openly impose austerity, attack the unions, free big business from regulation, and free the NYPD to do as they please.

Adolfo Carrion was a lifelong Democrat and worked in the Obama administration until he moved further to the right and tried to run for mayor as a Republican. This did not work, so he is running on the Independent line that supported Bloomberg in the past. His main role is to now take Latino and Latina votes away from de Blasio in order to try to elect Lhota.

De Blasio appeals to the working class, but as was explained above, is no better than the others. He will end up serving within the limits imposed on him by big business.

This is why the working class needs its own party. The Working Families Party, which was built by some unions, such as AFSCME DC 37, could be such a party if it stopped endorsing Democrats and Republicans and ran real workers as candidates.

We would argue that if elected, worker candidates should only accept the average wage made by a NYC worker, contributing the rest of the salary back to the movement.

A vacuum exists in American politics. The working class is the vast majority of the population, but we don’t have our own political party. The urgent need for such a party is held up because of the pro-capitalist policies of the labor leadership. Given this vacuum, some small socialist groups and the Green Party are running candidates on a reformist program.

Out of the thousands of city councillors, aldermen, and selectmen running in cities and towns throughout the US, a few seats are being contested by these groups. Given the lack of a mass working class alternative, it is understandable why many people will vote for the Greens and various left candidates, as a way of expressing anger with the system.

Socialist Appeal urges its readers to vote for the socialist candidates that are running, as a protest against the capitalist parties, if you happen to live in those particular districts. But the vast majority of us do not live in those districts, so we would urge voters to write in “Mass Labor Party,” as a way of voicing our objection to the policies of austerity which both the Democrats and the Republicans are implementing.

This approach is clearly insufficient. But as long as a political vacuum exists, various protest parties will emerge and may even get candidates elected from time to time. However, only a party with a large portion of the labor movement as its base could truly challenge the big capitalist parties. Most workers will not vote for small parties. To get them to break decisively with the big business parties, we need a labor party based on the power and resources of the unions.

The formation of such a party will represent a huge step forward. But a labor party alone will not solve the crisis of capitalism. A mass labor party must adopt a socialist program, as any attempt to manage the capitalist crisis within the bounds of capitalism will mean a labor government that implements austerity on the working class.

We know this is a long-range and difficult fight, but the struggle for a mass labor party armed with a socialist program is the only way forward. Those who want to help bring this about should join or contribute to the work of Socialist Appeal and the International Marxist Tendency.