The Oroville Dam Crisis and the Decaying Infrastructure of the US 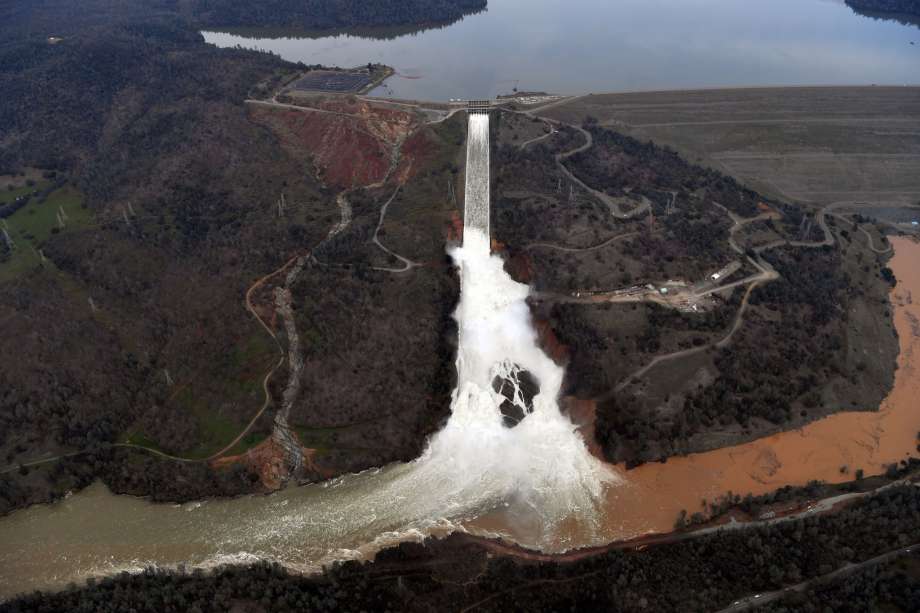 On February 12,  the potential imminent failure of the emergency spillway at the tallest dam in the United States was announced. An immediate evacuation order was issued for nearly 200,000 residents in ten cities in Northern California. This once again highlights the life-threatening decay of public infrastructure in the world’s richest country.

Oroville Dam contains California’s second-largest reservoir and is four times taller than Niagara Falls. Illustrating the potentially catastrophic scale of a massive breach of the dam, the state fire department predicted that in the worst case scenario, failure would result in a 30-foot-high tidal wave immediately overwhelming the city of Oroville, submerging it under 100 feet of water within the first hour, and spreading  35 miles into the Sacramento Valley within eight hours.

Just a year ago, the reservoir was bone dry due to the prolonged drought in California. But in nature as in society, things can suddenly turn into their opposite. The recent crisis began when a section of the dam’s main concrete spillway collapsed suddenly on February 7 after a period of heavy rainfall, creating a 250-foot-wide crater.

By February 10, the crater had grown to 500 feet wide and 45 feet deep, diverting the water flow into the surrounding earthen hillside, causing erosion, toppling trees, and threatening power lines. Officials reduced the flow over the spillway in order to assess the damage, causing the lake level to rise. As the lake reached its cap elevation of 901 feet, water began to flow over the emergency spillway for the first time since the dam’s construction in 1968. However, the auxiliary spillway, which consisted of an unreinforced dirt hillside, failed to serve its purpose. Large sections of the hillside below the spillway immediately began to wash away, prompting the evacuation order amid fears that the spillway could fail completely.

The Department of Water Resources tweeted shortly before 5pm on Sunday: “Auxiliary spillway at Oroville Dam predicted to fail within the next hour. Oroville residents evacuate northward.”

In response to a state of emergency order issued by Governor Jerry Brown, the Federal Emergency Management Agency (FEMA), National Guard, and over 125 construction crews were deployed in a frenzied attempt to reinforce both of the dam’s damaged spillways, just days ahead of additional rain storms.

Meanwhile, the sudden evacuation order plunged the towns downstream into a state of pandemonium as thousands of residents fled the region. Many were able to find places to stay with family and friends in other cities, while others found hotel rooms or took shelter in churches and public facilities. 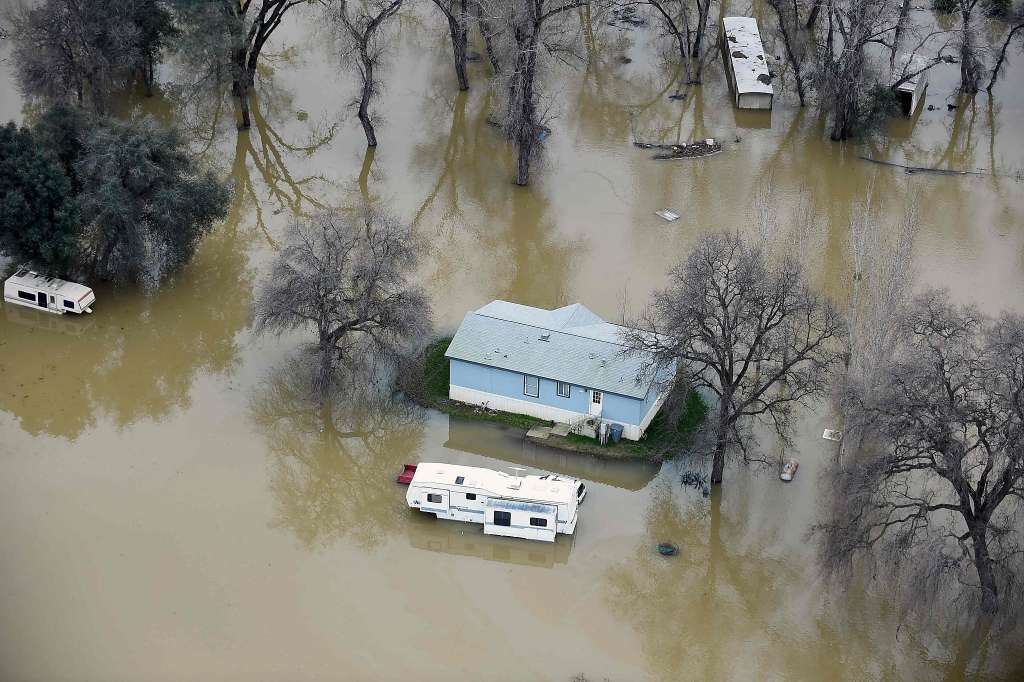 As in every disaster, the ones most affected and most at-risk of losing their livelihoods were the ones least capable of dealing with it. The areas evacuated include some of the poorest areas, not only of Butte County, but of the entire state of California. Many of them left behind mobile homes or other semi-permanent buildings that would be absolutely annihilated should disaster strike.

When the director of the Department of Water Resources was asked at a press conference about the dramatic erosion of the emergency spillway he said, “It’s the first time it’s ever taken water… We don’t know exactly why this erosion occurred… This was a new, never-happened-before event.”

However, far from an unforeseen scenario, the potential for the escalation of this crisis had been forewarned as early as 2005, during a regulatory inspection of the dam as part of a relicensing process. Three different environmental groups involved in the inspection filed a motion with the Federal Energy Regulatory Commission, and presented their findings to the California Department of Water Resources and the Army Corps of Engineers, urging state and federal governments to address the danger posed by the bare earthen spillway. 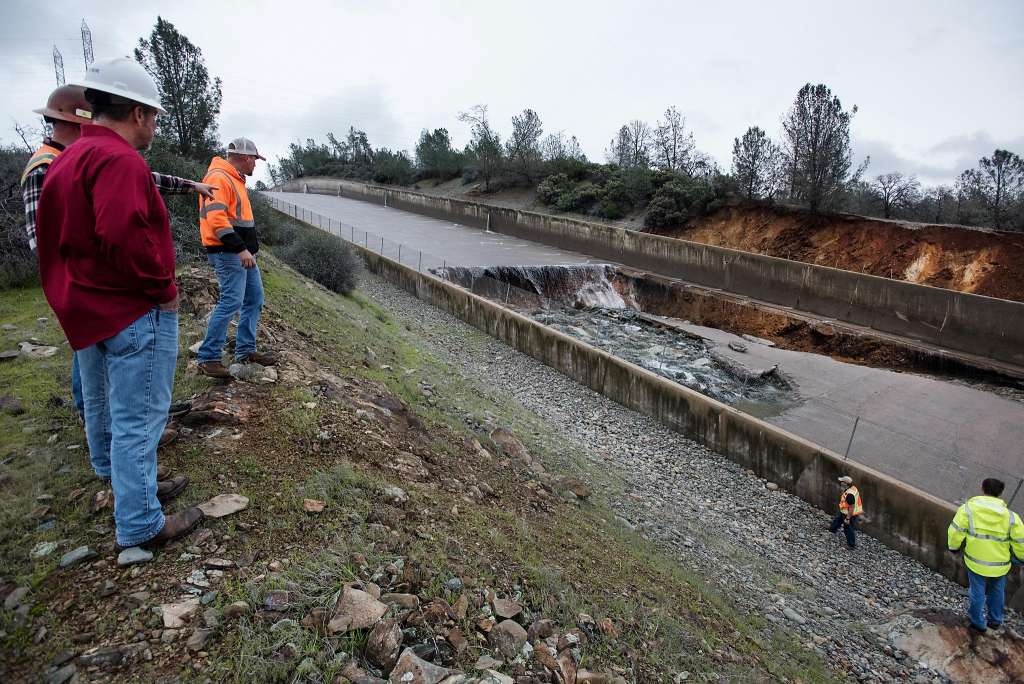 The investigators argued that it was necessary to reinforce the emergency spillway with concrete to prevent potential erosion and protect necessary facilities. However, the cost of reinforcing the spillway was estimated at $100 million, and federal officials determined that the spillway would “perform as designed,” asserting that any erosion would be insignificant.

According to the director of one of the investigatory agencies, Ronald Stork, who was interviewed by the Washington Post, “They told us not to worry. All was good. Everything was fine. It’s all safe… First of all, they’re not supposed to fail. That’s not what we do in a first-world country. We don’t do that. We certainly don’t do that with the nation’s tallest dam. An auxiliary spillway isn’t supposed to cause lots of havoc when it’s being used.”

Stork explained that a large part of the project would have to be paid for by the Metropolitan Water District of Southern California, the largest wholesale distributor of drinking water in the US. The state water contractors deemed the upgrades unnecessary and the project never received funding.

In relation to the present crisis, state and federal officials have so far claimed that they had no knowledge of the 2005 investigation, including the governor himself, who at a press conference said he had only just now learned of the report. “Glad we found out about it,” Brown told reporters. “It was not part of the record before that, at least the record that I saw.”

California is the most populous state in the US, with over 39 million people relying on an extensive network of reservoirs, dams, and over 700 miles of canals and pipelines to provide basic needs like drinking water, and irrigation for the Central Valley, which produces 25% of the food consumed in the US. Lake Oroville is the second-largest reservoir in the California State Water Project, which provides drinking water for over 23 million people. 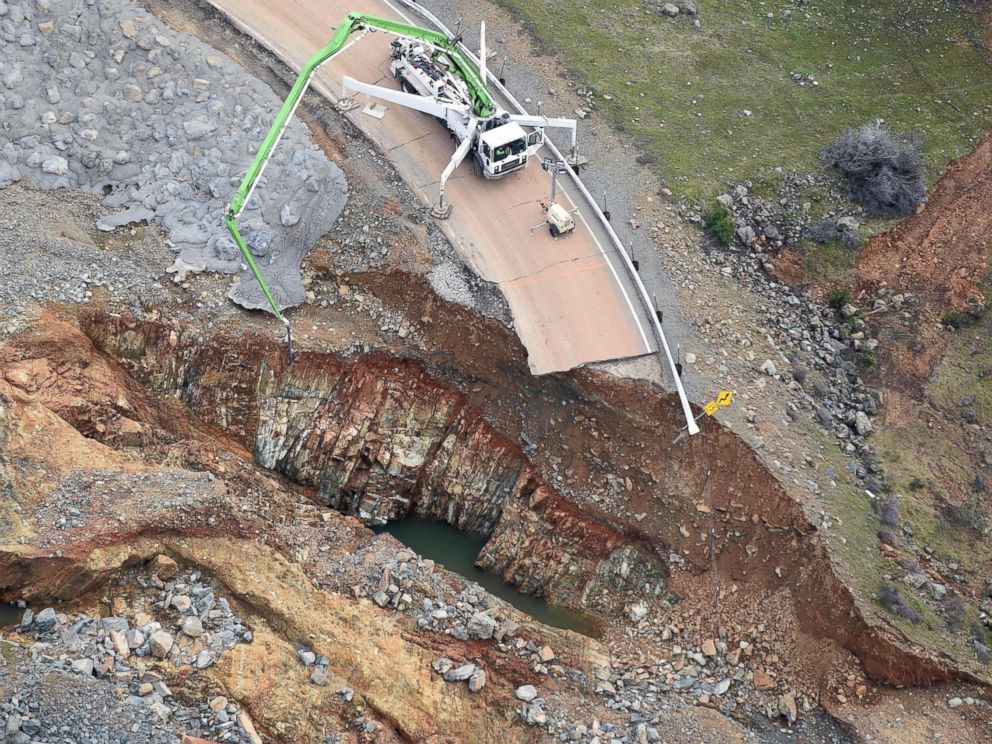 The cost of reinforcing the spillway and averting this crisis represents 0.039% of California’s state budget in 2015. But as we’ve seen over the past four years of drought, the basic requirements for maintaining essential infrastructure go beyond the narrow limits of capitalism’s interest in public investment. Much of this infrastructure was built during the postwar boom, at a time when the population was less than half its current size, and the economy as a whole was going through a period of sustained growth, allowing for increased state revenues. Today, California alone has a debt of $443 billion.

Oroville Dam, once a shining example of the “golden age” of American capitalism, stands today as a decrepit reminder of its continued failures and threats to the lives of working class families. The California Water Project is a major feat of engineering that is lauded by engineers across the world.  However, this system and the Oroville Dam have aged, as all things do. Due to the state’s refusal to invest, Oroville Dam has not been allowed to age well.

Naturally, a 50-year-old system is not going to work as well as when it was only 10 years old. All too often, major infrastructure systems are merely placed in maintenance mode. It can take years to allocate funding for large repair and replacement projects that are absolutely critical to their continued function.  As a result, much of the country’s infrastructure is beginning to crumble.

Crises like the one unfolding at the Oroville Dam will become more frequent if a drastic change is not made—a change that is simply impossible to implement under capitalism. We have seen countless cases where loopholes and vague wording allow for funds to be diverted away from the infrastructure projects they were designated for. As an example, California diverted over $100 million from the gas tax, and nearly $1 billion from the truck weight tax in order to pay off debt.

The question of state investment in public infrastructure is ultimately a question of the struggle over the surplus value created in society—it is an expression of the class struggle. The question is, who will be forced to pay? The capitalist class, which owns the country’s key levers of production, refuses to foot the bill. Despite Trump’s grandiose promises to invest in infrastructure (while cutting taxes for the rich!), today’s debt and crisis-ridden capitalism simply has no means to spur real infrastructure investment—until it is far too late. The “business as usual” process of reactively fixing roads, bridges, pipelines, transport systems, and dams only when they fail is unacceptable.

The only way to enjoy a future in which working class families do not risk their lives every time they cross one of the country’s 65,000 “structurally deficient” bridges is to achieve socialism. In an economy democratically controlled and rationally planned by the workers, “lack of funds” will no longer be an excuse. Once the profit motive of capitalism is eliminated, we can expand and improve infrastructure to ensure the health and safety of ourselves and of many generations to come.