This Buds for You: Nationalize Anheuser-Busch 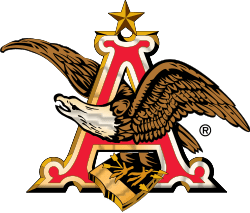 In July, Anheuser-Busch, maker of Budweiser and Bud Light beer, joined the long list of companies to be gobbled up in yet another big corporate merger. The largest U.S. brewer was bought out by Belgian-based InBev, the world’s second largest brewer. After a flurry of patriotism that was whipped up in the capitalist media, this “American icon” was sold off and Budweiser’s mostly unionized workers are already facing cuts and layoffs. In confronting a global corporation such as Anheuser-Busch-InBev, the way forward is to link up with other InBev workers worldwide and to bargain jointly to defend jobs, conditions and the communities that depend on these breweries. Instead of the bosses’ nationalism, what is needed is workers’ internationalism.

In fact, the origins of this “American icon” are not American at all, but actually German, and arguably even socialist. The tradition of brewing beer in this style was brought by German immigrants who came to the U.S. in the 1850s. The vast majority of these immigrants were workers, many of whom were socialists and had participated in the 1848 revolution in Germany. St. Louis, Missouri, where Budweiser is based, was at that time the main gateway to western migration as well as an industrial and transport center, with German workers providing the overwhelming majority of the industrial work force. Beer halls served not only as gathering places, but also as meeting spaces for unions and political organizations. In the period before the Civil War, workers’ beer halls were also focal points of the anti-slavery movement and workers’ shooting clubs trained in military drill in these large halls.

The InBev buyout will result in yet more cuts at a major employer and will affect workers in California, Colorado, Texas, Ohio, Florida, Georgia, Virginia, New Jersey and New Hampshire. Budweiser workers in St. Louis, where the company’s headquarters and largest brewery are located, have already had job cuts announced for white collar workers. The Anheuser-Busch-InBev merger came just weeks after the merger of two other major brewers, SABMiller and MolsonCoors (now MillerCoors).

The merged company, Anheuser-Busch-InBev, is now the world’s largest brewing company, and produces over 300 different brands of beer, including: Budweiser, Bud Light, Busch, Michelob, Stella Artois, Labatts, Skol, Brahma, Leffe, Becks and Bass. Belgian brewer InBev employs almost 89,000 people worldwide, operating over 100 breweries in 30 countries. Prior to its merger with InBev, Anheuser-Busch was the largest brewer in the U.S., controlling nearly half of the U.S. market; before the sale only InBev and SABMiller of London produced more beer by volume worldwide. Anheuser-Busch owned stakes in several world brewers, including 50 percent of Grupo Modelo in Mexico and 27 percent of Tsingtao Brewery Company Ltd. in China.

Anheuser-Busch currently operates 15 breweries outside of the U.S., including 14 in China and one in the United Kingdom. Anheuser-Busch recently purchased Budweiser Wuhan International Brewing Company and Harbin Brewery Group Ltd. in China, as well as Budweiser Stag Brewing Company Ltd. in the United Kingdom. In addition, Budweiser is now brewed locally in eight countries outside of the U.S.: Argentina, Canada, Ireland, Italy, Japan, Russia, South Korea and Spain.

In June InBev, offered $47.5 billion ($65/share) for the purchase of Anheuser-Busch, which the Anheuser-Busch bosses initially rejected. Even before InBev’s attempt to purchase Anheuser Busch, president and CEO August A. Busch IV had initiated a plan called “Blue Ocean” which will cut $300 million in health care benefits and pensions from its workers, in addition to management staff cuts. However, when faced with the takeover, Busch IV increased this to $1 billion in cuts; Current InBev CEO Carlos Brito said that “Blue Ocean” “already addresses the issue of the cuts that will be made once the merger has been finalized.” But Brito wants to further increase the “trimmings” to $1.5 billion over the next three years. InBev’s final price for Anheuser- Busch was $52 billion. In order to buy Anheuser-Busch, InBev had to borrow almost as much – $44 billion – from J.P. Morgan Chase, Barclay’s Capital, Deutsche Bank and others.

The U.S. mainstream media has portrayed the Budweiser sale as a “foreign encroachment” carried out by a hostile multinational corporation, and right wing commentators called for the U.S. government to keep Budweiser “American owned.” Unfortunately the leadership of the Teamsters Union, which represents more than 7,000 of Anheuser-Busch workers, joined in the flag-waving. But does the nationality of the company’s owners make any real difference? Anheuser-Busch’s American board of directors sold the breweries quickly enough, cashing out with millions. They were the ones who initiated the “Blue Ocean” attack on workers’ wages and benefits well before the takeover.

So just what do the mainstream media and big business politicians mean by “American-owned?” American-owned Ford Motor Co. has just announced that it wants to cut 4,000 more jobs in the U.S., and hundreds of thousands of U.S. homeowners have lost their homes after being sold subprime mortgages by the likes of Lehman Brothers, Bear Stearns, Fannie Mae and Freddie Mac. Private, capitalist ownership of Anheuser-Busch is the real problem, not the nationality of the bosses.

While capitalist globalization has been used by large corporations in North America, Western Europe, and Japan as a battering ram against quality unionized jobs at home and abroad, it has also tied together the interests of millions of workers across national borders. In August, the Teamsters, other trade unionists and supporters, including union representatives of InBev workers from Brazil, Canada, and Belgium, rallied in St. Louis to defend Anheuser-Busch jobs. The Teamsters announced at the rally that they would be joining an international union that will unite InBev workers in every country, the International Union of Food Workers (IUF).

Paul Garver of the IUF stated at the rally, “InBev workers worldwide are building a strong, unified voice to ensure fair treatment at the breweries and in our communities.” This declaration marks a big step forward. However, if this International Union is to become something more than a symbolic gesture, it should allow InBev workers to bargain collectively and simultaneously with InBev worldwide, and if need be, strike together. The way to fight capitalist globalization is with workers’ internationalism. InBev operates more than 100 breweries in 30 countries, and has “cut costs” to the bone everywhere it operates. By linking up with other InBev workers in Europe, Asia, North America and Latin America, U.S. workers could exercise their collective bargaining power on an international scale and confront their common enemy together to defend all InBev workers’ jobs, wages, conditions and benefits.

At the same rally, workers held signs stating: “InBev: Keep Your Promises!” From the stage, Teamsters officials demanded that InBev “keep its promises” and announced that they would demand a contract provision that InBev keep its 12 U.S. breweries open. While the InBev bosses have so far said that the they plan to keep all of the breweries open, InBev’s “promises” are empty. The company has $44 billion dollars in new debt as a result of the buyout, which it will have to repay while continuing to make its investors profits. This means that further jobs cuts and even brewery closings are more likely than not. The only way to make InBev keep its “promises” is to force them to do so. This means preparing for a serious struggle.

Ultimately, the only way to really defend Budweiser jobs and the communities that depend on them is to nationalize Anheuser-Busch, placing the breweries under public ownership to be managed democratically by its workers and community representatives. Anheuser – Busch reported profits in June of $664.3 million, but on a capitalist basis this huge sum of money will just go towards further enriching a tiny, wealthy group of owners, CEOs and big investors. By eliminating the profit motive, this money could instead be put towards improving the quality of the beer, production, raising wages, hiring more workers and for the needs of working class communities in the form of health, education and other funding.

By nationalizing Anheuser-Busch under democratic workers’ control and eliminating the profit motive, workers would not only be able to keep their jobs, but many more jobs could be created, wages could be raised and a 30 hour work week with no loss in pay could be instituted. A nationalized Budweiser, producing for needs rather than profit, would lower costs to the consumer to the benefit of all working class people being pinched by sky-rocketing food and gas prices. Then we can truly say that “This Bud’s for You!”