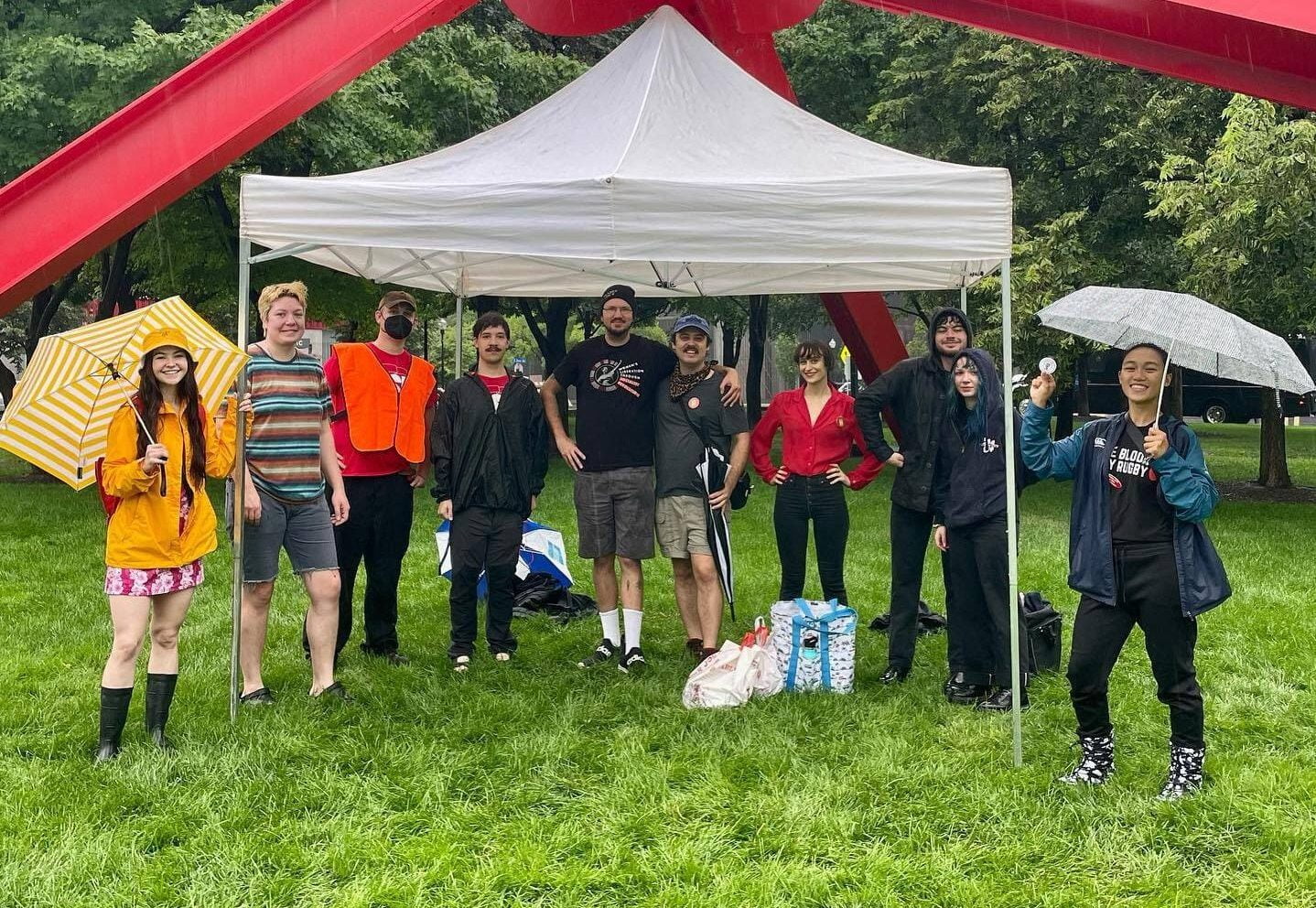 Editor’s note: Since this article was written, employees at a Trader Joe’s store in Brooklyn are also trying to join a union.

Recently, there has been a resurgence in interest and activity in the labor movement. Amazon, Starbucks, Apple, REI and other workplaces have seen unionization efforts across the country. This is amidst a growing number of strike votes, including the Minnesota Nurses Association strike in Minnesota, which constitutes 15,000 nurses and is the largest nurses’ strike in US history. There is also a possibility that the railroad workers might still go on strike, if they reject the Biden Administration’s deal.

It is in this atmosphere that workers at Trader Joe’s were able to successfully win two union representation votes: at the Hadley Store in Massachusetts, and at the Washington Ave. location in Minneapolis.

Workers at the Minneapolis store had gone through the wringer for years, with abrupt firings by the employer, benefits cuts, and continuous safety hazards (mostly by intoxicated or mentally ill customers). Working conditions were getting more and more intolerable. This process was relatively slow until the pandemic hit. As a former Trader Joe’s worker myself, I had personally seen the company downgrade healthcare plans. A dental cleaning that used to be $20, became $200 or more at the same dental office!

During the beginning of COVID, Trader Joe’s was making record sales as “panic buying” engulfed the nation. Workers feared for their lives while the bosses lined their pockets. After the bosses feared possible union organizing, they paid what they would later call “hero pay” out of those big profits. They also had anti-union huddles at stores across the country during this time, while anti-union store memos were being sent out by CEO Dan Bane. Then in 2021, we lost our “hero pay,” as well as our 20% store discount—even though the pandemic was still raging.

After the Hadley store victory, Trader Joe’s workers at the Minneapolis store had also had enough of these conditions and decided it was time to get organized. When they put together a pro-union rally right before the union vote at the Washington Ave. store, I was asked to emcee the rally, given my experience as an organizer with Socialist Revolution, and comrade Erika Roedl gave a speech on the history of class struggle in Minneapolis.

We explained that the working class can only trust in itself to fight to rebuild the labor movement. The National Labor Relations Board (NLRB), despite the way it is presented by the labor leaders, is not a helping hand for organized workers. In fact, it was designed to hold back the efforts of workers to organize. At the same time, while it is possible to organize one store at a time through the NLRB, this form of struggle can leave a newly unionized workplace without a contract for years, in some cases, the workers may never get a contract at all.

The bosses’ political parties are our enemies, though some of them may offer lots of nice words. In practice they seek to undermine and stifle our efforts. As an example, Democratic Congresswoman Ilhan Omar was also a guest speaker at this event. She spoke of the need to get organized, and talked about her own credentials as a former union worker. This, at a time when the Democratic Party controls the White House and Congress. And yet, the Democrats have allowed reactionary anti-trade union laws like Taft-Hartley to remain on the books.

The struggle to organize Trader Joe’s and many of the other workplaces across the US is a giant step in the right direction. Workers are discovering their own power and are trying to seek a path out of the crisis that capitalism has placed on their shoulders. However, the independent union, Trader Joe’s United (TJU), has a big task ahead of it.

In order to truly win higher wages and benefits and better conditions, TJU needs to prepare whole regions, if not all 530 stores, to take decisive action against the bosses, with a program of demands of its own. This is not an automatic process, and will take time and preparation. But it is only through workers’ unity in numbers that we have power against the bosses. Without massive support, the workers will not have the leverage to beat such a large company.

In the wave of union organizing that took place in the 1930s, class-struggle unionism was the key to success. Militant trade unionists, socialists, and communists would organize the workers, and then go on strike with a fighting program for better wages and benefits, along with the demand for recognition of their union.

The resources for this kind of fight already exist in the major unions, which should mobilize behind efforts like the TJU. Unfortunately, given the politics of the present labor leaders, TJU should not expect them to do what is needed. Nonetheless, TJU must link with the struggles of the nurses, railroad workers, and ongoing efforts at companies like Amazon and Starbucks.

The newly radicalizing workers are challenging the labor leaders to do this necessary work. If they don’t, new, more militant leaders will necessarily have to replace the conservative business-union layer. Through all this, the workers will learn and forge a way forward to win these battles.

The class struggle is intensifying, but this is just the beginning. What is needed to link up all these efforts is a mass workers’ party, which can connect workers everywhere and prepare for the struggles ahead. Such a party would draw on its supporters to help the struggles of independent unions and help form an organized tendency in the main unions, to transform them into real fighting organizations.

This revolutionary party exists only as an embryo today. But building it is vital if we are to mobilize all workers as a class against our common enemy: capitalism. If our struggles are isolated, they will not beat these big corporations and their state. We must be prepared before we enter the battle, so that we can win decisively.