Across the country, state budgets are in the red while the biggest companies and the wealthiest individuals are showered with tax breaks and other give-aways. In many states, the nuclear industry and utility companies are seeking to cash in too. In Missouri, Republicans, alongside Democrats in the state legislature, are pushing for a bailout of energy monopoly Ameren, which wants $9 billion from rate-payers to build two new nuclear reactors. Never mind that unemployment insurance and Social Security are under the axe and unemployment remains near 9 percent, or the severe crisis caused by the Fukushima Daiichi disaster which will have implications for decades to come–nuclear power generates big profits!

Ameren wants to build the reactors by eliminating the “No-CWIP” law, which was passed 2-1 by voters in a 1976 referendum. The law forbids power utilities from using CWIP to build new power plants. Standing for “Construction Work In Progress,” the innocuous-sounding law would allow power utilities to build new plants and then pass all the construction costs and financial risk to rate-payers through higher electric bills over a period of several years, all before the plants are even built.

As opposed to the way the original anti-CWIP law was passed–by popular referendum — the backers of the law repealing it want to do this by a vote inside the state legislature. Interestingly, CWIP has supporters and opponents from both the Democratic and Republican parties, who are not divided by whether or not they support Big Business, but rather by which section of Big Business “butters their bread,” so to speak. The two biggest corporate opponents of CWIP are Walmart and Noranda, an aluminum company which produces 263,000 metric tons of aluminum per year and uses more than 25% of all the electricity Ameren generates in the process.

Both sides are out to maintain their own profits and are only concerned with safety in the last place. Ameren is what is called a “regulated monopoly,” a private company that in exchange for being given a monopoly to generate and sell electricity has to submit to public regulation. In Ameren’s case, the state government guarantees Ameren 11% profits per year from rates alone. In 2010, the company made $633 million. But this not enough as far as the company’s execs are concerned.

From 1953 to 2008, 253 nuclear plants were ordered by U.S. utility companies, but only half of these were ever completed, the rest having to be abandoned because of cost overruns and safety problems. Because of these problems, nuclear power has never been competitive on the open capitalist market. At the close of the last nuke-building boom in mid-1980s, the business magazine Forbes called the expansion of nuclear power “the largest managerial failure in American history.” Insurers won’t cover nuclear plants and the big banks will not invest in them.

Every time the utilities have decided to build nuclear plants, their credit rating has dropped dramatically, making it more expensive to get operating loans from the banks. This means that all the cost and risk of building and operating the plants on a for-profit basis falls on the rate-payers. CWIP is the “icing on the cake” of a bad situation since even if a new plant is never completed because of safety problems (which as we’ve already seen, happens roughly 50% of the time) the rate-payers will still have to foot the bill! 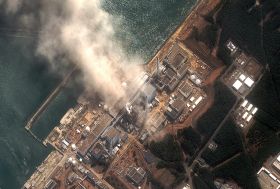 To top everything off, the dangerous nature of nuclear power means that extensive safety precautions have to be taken to keep the reactors under control. From the capitalists’ perspective, these precautions are just seen as massive costs which eat into profits. As the picture emerging from the aftermath of the Japan disaster is starting to show, the profit motive compels the utilities to cut corners on safety whenever possible. At the Fukushima Daiichi plant for example, a New York Times article revealed that there were over 10,000 temporary day laborers employed at the plant before the disaster, all in order to lower costs and absolve Tokyo Electric Power Company from covering workers’ health costs, and from reporting safety incidents to nuclear regulators.

The safety record of the 108 operating U.S. nuclear plants is not much better, and its widely believed that many problems are not reported to federal authorities by the utility companies. What’s worse, many nuclear plants (especially older plants) are located near urban areas. The most dangerous nuclear plant in the country is Indian Point, in New York state, which sits near the Ramapo fault line. There are 18 million people living within 50 miles of the plant, mostly in the NYC metro area. The Nuclear Energy Regulatory Commission describes Indian Point as ranking within the “bottom third” on its safety ratings scale. In addition, the fifty mile radius of the San Onofre reactor, located just south of Long Beach, California, covers most of the Los Angeles metro area with 9.4 million people.

While nuclear power is extremely dangerous and expensive, it creates a huge amount of electricity and doesn’t emit CO2. Because of the “Cap and Trade” energy policy, utility companies have a profit incentive to build nuclear plants–they can sell their “carbon credits” to other utilities (which means more coal-powered plants belching massive amounts of carbon into the atmosphere) and in Ameren’s case, the excess power generated can be sold to neighboring utilities for more profits.

Even though nuclear power is unviable on the basis of the “free market”, as long as the utility companies are privately owned capitalist corporations, they will have investors to satisfy and dividends to pay. This means that their profits are basically a public subsidy, taken from the rate-payers’ pockets, the vast majority of whom are working-class households and small business people. Among those supporting CWIP and the new reactors are the Missouri state AFL-CIO and the building trades unions. This shows what kind of mess the “business unionism” philosophy can lead to. While nuclear reactors are huge building projects that will provide a steady stream of work for construction workers, these same workers along with working people as a whole will be paying the costs through rate hikes and after that will have to live with the worry of possible disaster for decades to come.

Instead of going along with Big Business’ program, the unions need to adopt a different outlook and policies. This would connect the need to protect the environment to the mass workers’ movement. There are much more efficient–and safer–ways to provide work and to improve the country’s aging infrastructure. The unions should break from Big Business and its political representatives, and call on the state and Federal governments to launch a massive program of useful public works. Make Big Business, not working people, pay the bill! Safety before profits!

But really improving the country’s infrastructure and providing affordable electricity for working people from safe and environmentally sound sources will face many obstacles as long as control over the country’s energy resources and power generation is in private hands. Instead, the utilities should be taken into public ownership under democratic workers’ control.  Rather than funneling profits from rates into investors’ pockets, these revenues should be used to lower rates for working people, the poor, and small businesses; to protect the environment; and to guarantee safety, as part of a nationalized, democratically planned socialist economy.