If you work for a living, the news just keeps getting worse. Oil prices have reached record levels of over $140 per barrel – 14 times higher than just ten years ago. OPEC predicts it could rise as high as $170 before the end of summer. Choosing between food, medicine and gasoline is now the norm for millions of working class families. Contrast this with the mega-profits of ExxonMobil, which raked in $40.6 billion in 2007 and another $10.9 billion in just the first three months of 2008. While thousands of U.S. troops and Iraqis continue to suffer and die, Big Oil is moving might and main to secure long-term, no-bid contracts to exploit Iraq’s biggest oil fields. 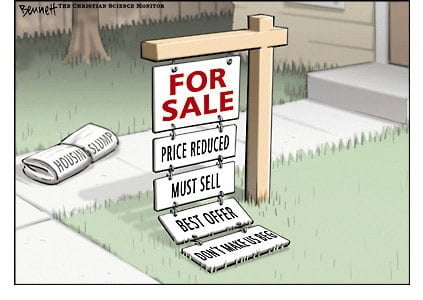 The U.S. is in the worst housing slump since the Great Depression as home prices fell by a record 15.3 percent from a year ago in the first few months of the year. Mortgage defaults and home repossessions have skyrocketed as working people are unable to make ends meet.

For six months in a row, U.S. companies have cut more jobs than they have created; 62,000 jobs were lost in June alone. The official unemployment rate is 5.5 percent, but the real figure is far higher. By the Labor Department’s own estimates, if the under-employed are included, the rate is actually 9.7 percent, up from 8.3 percent in May 2007. Those who do have jobs are having hours cut and their wages do not keep up with inflation.

Andrew Tilton, an economist at Goldman Sachs recently stated: “The labor market is clearly deteriorating, and it’s highly likely to keep deteriorating. It’s clear that the housing downturn and credit crunch are still very much under way. Clearly, there are more jobs to be lost in housing, finance and construction – hundreds of thousands of more jobs to be lost collectively.”

The boom was possible due to increased squeezing of the working class and mind-boggling levels of debt: people spent far more than they earned by putting purchases on credit cards or borrowing against rising house prices. In June, the index of consumer expectations fell to its lowest level since May 1980. At the same time, the index of current personal finances fell to 69, the lowest on record, from 80 in May.

70 percent of U.S. economic activity is based on consumer spending. Now the house of cards has collapsed and is having a knock-on effect throughout the rest of the economy. According to Ian Shepherdson, chief U.S. economist for High Frequency Economics: “Slowing wage growth and falling employment is absolutely toxic if your business is selling anything to consumers.”

Starbucks has announced it will close stores and cut up to 12,000 jobs. Car sales nose dived in June, by 28 percent for Ford, 21 percent for Toyota and 28 percent for General Motors. GM stock plunged to its lowest level since 1955 as investors dumped this once “sure thing” investment and backbone of the American economy.

On Wall Street, the speculative bubble continues to burst; share prices have fallen 20 percent since October. Citigroup and Merrill Lynch will likely have to take further massive write-offs on bad debt. American Express and Discover reported that customers are falling further behind on payments and UPS and Federal Express reported a slowdown in shipments.  United Airlines has cut costs and capacity by laying off 950 pilots and may have to delay delivery or cancel orders of new jets from Boeing and Airbus.

In other words, a vicious downward spiral of layoffs and cuts, leading to steeper falls in consumption and even more layoffs is in the cards. Perfectly good factories are being shuttered and thousands laid off. On top of that there is the rapidly rising cost of food and energy. As always, it is the rich who benefit during the boom times, while workers suffer during the slumps.

This is the situation as we head into the 2008 presidential elections, now just a few months away. No wonder Americans are thirsty and enthusiastic for change! “Obama-mania” is sweeping the nation as millions of people – even former Bush supporters – want to believe that the two party system can offer them a way out. But what do Obama and the Democrats really offer working people? Now that he has secured the Democratic Party’s nomination, he is showing his true colors. He is working hard to prove to the real rulers of the U.S. – Big Business – that he is the man for the job. Despite this or that secondary or stylistic difference with his opponent John McCain, he is a staunch defender of the capitalist system.

Is Obama in favor of the immediate and unconditional withdrawal of the troops from Iraq and Afghanistan? Far from it. Does he reject war with Iran? Not at all. While he favors diplomatic engagement, he calls Iran a threat and says he is prepared to use military force if necessary. Does he call for a universal, single-payer health care system that cuts out the greedy and inefficient insurance companies? Nope. Instead, he merely wants to “regulate” the private health industry while giving them billions of public dollars by subsidizing people’s sky-high insurance premiums. Does he call for the repeal of Taft-Hartley and other anti-union laws? Does he support immediate and unconditional amnesty for immigrant workers and their families? Not a chance. But people are so sick of Bush that they see what they want to see in Obama.

And yet the labor movement continues to throw its energy and money behind the Democratic Party. Both the AFL-CIO and Change To Win have endorsed Obama. Between the two labor coalitions, some $300 million – more than five times as much as they spent in 2004 – and countless volunteer hours will be spent this electoral cycle to elect a president that does not represent working people. There are 15 million workers organized in these two federations – that’s roughly one in every four voters that will go to the polls in November. Imagine if all of these resources were instead mobilized to build a mass party of labor that put forward candidates truly fighting in the interests of working people? The labor movement must break with the Democrats!

In the meantime, there are candidates who are fighting in workers’ interests: to stop the war, for universal health care and education, to rebuild the country’s inner cities and crumbling infrastructure. Cynthia McKinney’s “Power to the People” campaign for President and Cindy Sheehan’s campaign against Nancy Pelosi for the House of Representatives show that there are options outside of the two party duopoly.

There are many illusions in Obama and the Democrats in general, and most people will have to go through the experience of a Democratic administration before they realize that we need a complete break from the parties of Big Business.  But experience teaches, and the long, hot summer of 2008, with rising unemployment, inflation, and unending war will continue to transform the consciousness of the American working class.