There are around 4.3 million service workers in the US who rely on a tipped wage. Given the wholesale destruction of quality jobs over the past few decades and the “jobless recovery” that has followed the 2008 crisis, a growing layer of the working class has been forced to turn to the service sector to make ends meet. According to a 2014 study by the Economic Policy Institute, around 47% of tipped workers and 50% of servers and bartenders were members of families that earn less than $40,000 a year. The gratuity left by customers is not merely a “bonus” token of appreciation but an indispensable necessity for the economic survival of tip-dependent service workers.

American capitalists who hire service workers for tipped-wage jobs are allowed to pay their workers as little as $2.13 in 18 states, and in most others, the tipped minimum wage is just 50% of the state’s minimum wage. The law stipulates that employers should make up the difference if a worker’s total earnings fall below the legal minimum wage. However, the reality is that if their bosses fail to do so, the workers are forced to go through painful, expensive, and lengthy litigation processes to recover their unpaid wages. In 2016, there were 1,500 cases of workers suing employers for tip violations—although this form of wage theft occurs far more often than the number of formal lawsuits would indicate. 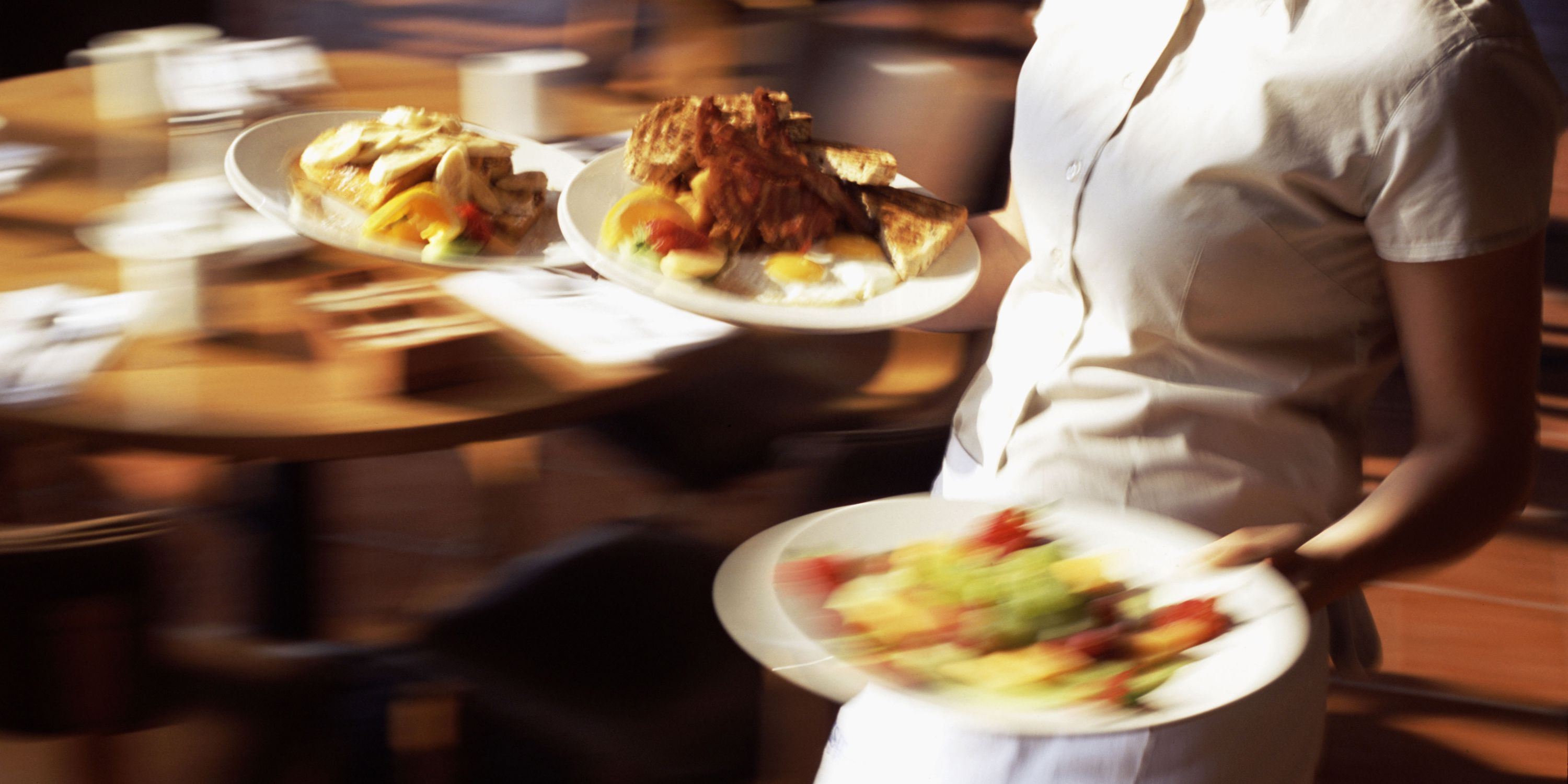 Service workers in tipped-wage jobs are allowed to be paid as little as $2.13 in 18 states.

No service worker, regardless of the establishment they work in, is exempt from the fundamentally arbitrary and precarious nature of tip incomes. Of course, tip size varies greatly across different types of restaurants. Since the custom is to tip by a percentage of the bill, this is ultimately dependent on the class of the clientele that the establishment serves. Servers in busy high-end restaurants will take home significantly more at the end of a night than a server in a cheaper establishment.

Far from reflecting a worker’s effort or quality of work, research shows that the server’s race, physical attractiveness, and even the day of the week can affect the level of tips, along with many other factors completely outside of the worker’s control. What sets apart the custom of tipping in the US is that it plays a fundamental role in the service industry in a way that is unparalleled in any other country. How did this practice become the norm in America and why has it persisted for so long?

Tipping as a practice was a European import. Early sources indicate that tipping first gained prominence on the massive aristocratic estates across Europe, where affluent guests would tip the servants employed by their hosts, sometimes as a way to speed up the service and sometimes as a display of opulence. While American Revolution-era intellectuals opposed this practice in unequivocal terms, identifying tipping as a feudal practice completely incompatible with the values of the young republic in which all were supposed equals before the law, it didn’t take long for the next generation of capitalists to spot a business opportunity in the practice.

Towards the end of the 19th century, the explosive growth of industry—and of the railways in particular—also gave an impetus to the service industry. Given the well-established racism and sexism that were already enshrined in American capitalism at the time, women and black workers made up most of the service sector workforce since they had few social means to stand up against abhorrently low wages. According to an informal survey conducted in 1903, the average monthly income of a black waiter was between $18 and $22 including tips. This meant their annual income was as little as half that of government or manufacturing workers. 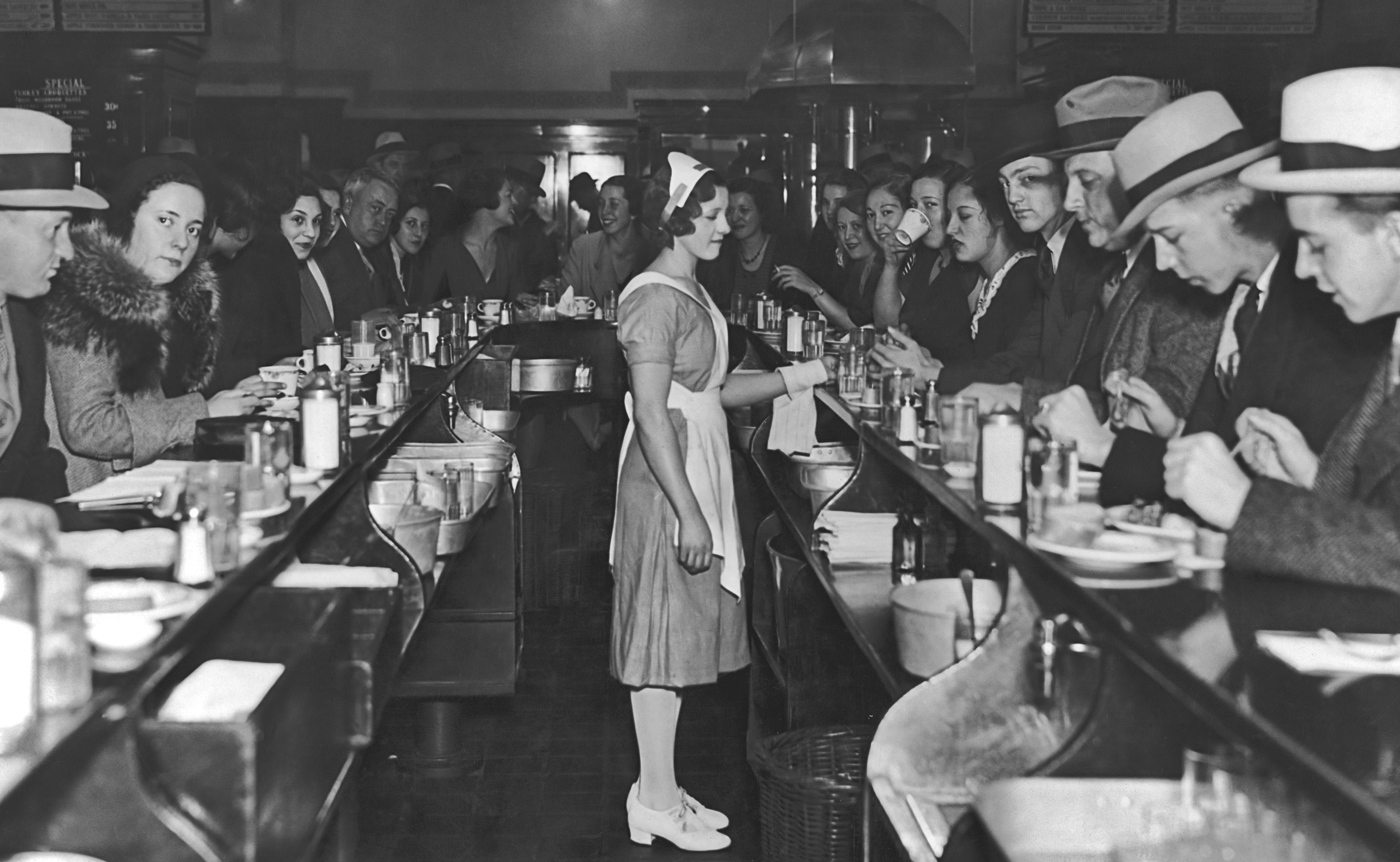 In the late 19th and early 20th centuries, managers often refused to pay servers any wage at all.

Over time, railway companies, hotels, and restaurants began to view tipping as a way to reduce payroll costs and increase profits, while bourgeois news outlets such as the New York Times virulently attacked service sector workers in racist terms and alleged that servers lived extravagantly from their tip income. In fact, tipping never meaningfully augmented income because wages always decreased in proportion. Not only did managers often refuse to pay servers any wage at all, in some instances they’d go as far as charging waiters for the right to earn tips, as was the case for a coffee shop in New York’s Grand Central Station.

The role of the class struggle in resisting the bosses’ attacks via the tipping system offers many lessons for today. Beginning in the 1920s, organized service workers on both sides of the Atlantic began to struggle for a living wage and the abolition of tips. Strike actions in France and Switzerland were coordinated over the issue, and in the US, rank-and-file service workers’ unions in the American Federation of Labor and the Teamsters Union compelled their leadership to take a stand against tipping as a custom.

The massive wave of class struggle in Europe after WWII forced reformist governments to make significant concessions under the threat of revolution. Included among these conquests were the introduction of higher minimum wage levels and the elimination of unwaged service jobs, along with the dependency of European service workers on tip income.

The US labor leadership, on the other hand, aided by the Stalinist Communist Party’s zigzags between sectarian ultraleftism and scandalous opportunism, succeeded in purging the labor movement of radicals. This reaction was consolidated in the McCarthy era, but the roots of the labor movement’s policy of class collaboration and subordination to the capitalist Democratic Party was present even before the witch hunts began. 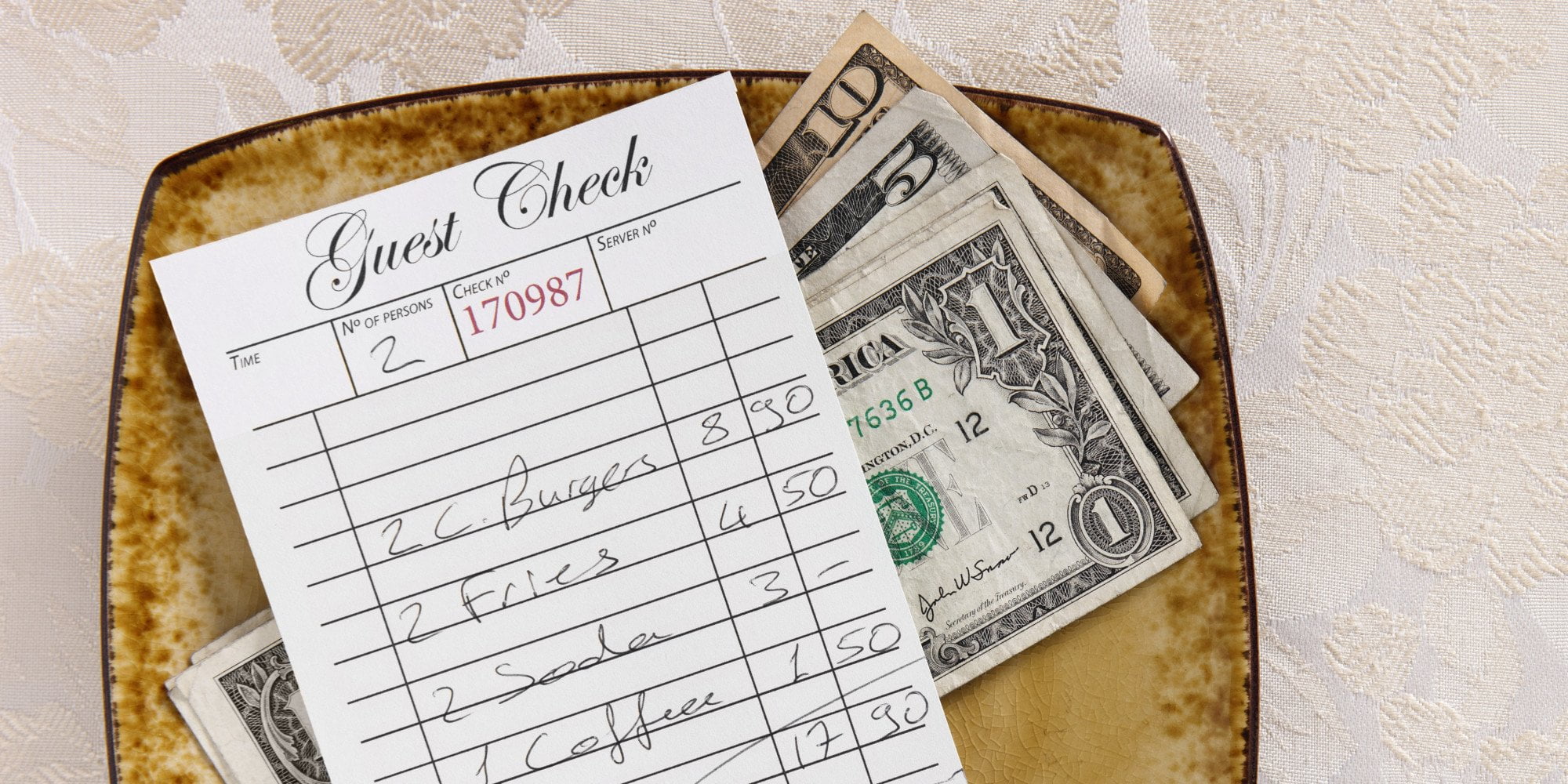 The betrayal of the labor leadership in the U.S. guaranteed the preservation of tipping and poverty wages for service sector workers.

Thus, despite the introduction of a federal minimum wage in 1938, tipping was preserved and did not count towards the Social Security credit that workers receive based on their wage. The “Fair Labor Standards Act” introduced under the Roosevelt administration provided employers the 50% “tip” credit which, to this day, allows them to pay workers only half of the federal minimum wage. The labor leadership’s perpetual subservience to the capitalists and their parties guaranteed the preservation of this arrangement and allowed the Democrats to be the most active agent in attacking the working class. In 1996, President Bill Clinton struck a deal with Congress that raised the minimum wage while leaving the tipped minimum at $2.13 an hour. It has remained frozen at that same level for 26 years.

Poverty wages and miserable conditions in the service sector are the price paid by millions of workers for the dead-end policy of class collaboration by the labor leaders who have long lost the fighting traditions of militant class struggle and see no alternative to capitalism. But we can be sure the growing discontent in this sector will sooner or later find an organized expression. One successful offensive can spread like wildfire, and one example of a fighting leadership can galvanize opposition currents to challenge the conservative old guard leaders throughout the labor movement.

Only through united struggle with the rest of the working class for the defeat of capitalism can service workers obtain a genuine livable wage: $25 an hour minimum with full benefits as a bare minimum.