Election 2008 and the U.S. Working Class 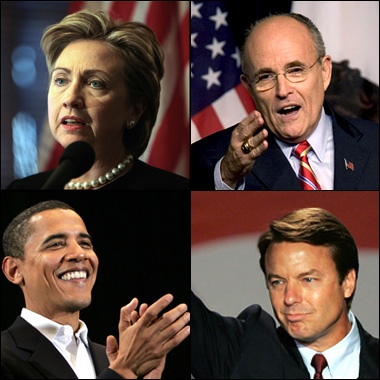 The campaign to elect the next President of the United States is in full swing. The Democratic and Republican primaries and caucuses have begun, accompanied by a media frenzy intended to make it seem as though there truly are significant differences between the candidates, and to distract working people from the pressing problems we face. As we go to press, the race to nominate the next presidential candidates of big business is still wide open. But the real question is, who will represent the working class majority of American society?

With most Americans fed up with Bush’s overtly anti-worker policies, the endless wars, and an economy teetering on the brink of recession, it would seem that whoever gets the Democratic nomination has the best chance of winning the presidency in November. But for millions of people, this is not so much because they really see the Democrats as offering something fundamentally different, but simply because they have no alternative.  In a political system dominated by two corporate parties, the beneficiary of discontent with the ruling party is often “the other party.”

Barack Obama won a surprise upset in the Iowa caucuses, defeating long-time front runner Hillary Clinton.  Exit polls showed that the state’s voters saw him as a relative outsider to Washington and a “candidate of change,” while Clinton was perceived as being part of the status quo. In New Hampshire, on the other hand, Clinton was the winner, with Obama close behind in second place. John Edwards came in third in both states, but as the primaries move South he may be able to make some gains with his populist and “worker friendly” rhetoric.

For those who had sincere illusions that someone proposing even mild reforms like Dennis Kucinich could make a dent in the Democratic Party apparatus, his zero percent result in Iowa should provide food for thought. And in a symptom of growing polarization in society and discontent among the middle class, Republican Ron Paul, whose libertarian brand of populism, protectionism and anti-war rhetoric have won him a certain base of support, received 10 percent of the Republican vote in Iowa.

Whether voters look to either the Republicans or the Democrats in hopes finding a solution to their problems, many of the fundamental concerns are the same. Exit polls taken during the New Hampshire primaries show that 79 percent of Republican and 98 percent of Democratic voters rated the economy as the most important issue. The war in Iraq came in second for voters of both parties, and for Democrats, health care was close behind.

But what do any of these candidates actually represent? Other than a few sound bites carefully calculated to win over voters on polling day, can they meaningfully address the issues that really concern us? If the Democrat’s record since winning the 2006 mid-term elections on a wave of anti-war sentiment is any indication, it sure doesn’t look that way.

Among Republicans in New Hampshire, immigration was voters’ third most important concern. The Republicans have again raised the specter of “illegal immigration” this election cycle in order to divert attention from the real problems of rising unemployment and declining quality of life by scapegoating immigrant workers and their families.  This is a classic “divide and conquer” strategy that needs to be energetically combated by the labor movement. But where are the Democrats on this?  Do they uncategorically reject these attacks on our fellow workers and call for equal rights for equal work, for immediate and unconditional legalization for all? Not by a long shot. 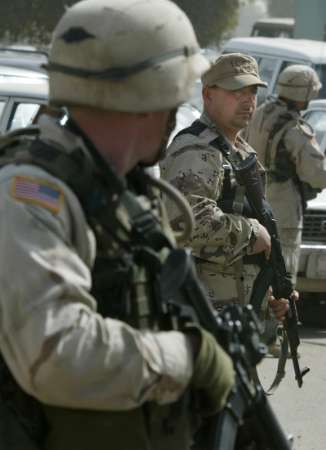 And on the question of the war, do the Democrats take up the demand of the majority of Americans for an immediate withdrawal of all troops, advisors, and government contractors in Iraq? To stop giving Bush billions of dollars that could instead go toward creating jobs, and providing quality health care, education, housing, and rebuilding our crumbling infrastructure? And given the health care crisis facing millions of uninsured and even insured Americans, do the Democrats propose anything that breaks the HMO and pharmaceutical industries’ death grip on our health?

The bottom line is, well before the caucuses and primaries allow the public to “choose” the candidates, they have already sold themselves to the highest bidders by proving that they will defend the interests of corporate America. Hillary Clinton, once portrayed as a champion of health care for all (though the reality was far different) is now the largest recipient of campaign donations from the medical industry. And as Obama’s star rises in Washington, the lobbyists’ money is following fast.

Despite their dismal record, the Democrats, for lack of an alternative, will likely be swept into the presidency next Fall, although based on their role in 2000 and 2004 nothing is certain. But they will inherit an economic nightmare of debt, a falling dollar, rising unemployment, a gaping trade deficit, and possibly even an outright recession.

The Institute for Supply Management’s manufacturing index plunged to 47.7 in December, its weakest since April 2003 (a reading below 50 indicates contraction). Oil recently reached a record $100 per barrel, which will eventually lead to even further rises at the pump, squeezing millions of workers’ already tight budgets.

The stock markets are increasingly nervous as the NASDAQ index recently fell by the largest amount since October, 2001. And the Labor Department reported that just 18,000 new jobs were added in December, the lowest number since August 2003. At the same time, the unemployment rate rose to 5 percent from 4.7 percent in November – the largest monthly rise since just after September 11, 2001.

Corporate earnings are also set to decline dramatically as the crisis in the housing and mortgage industries continues to spread and affect everyone from small construction contractors to the largest banks in the country. Many economists are warning of the danger of stagflation: inflation combined with stagnant or shrinking growth and rising unemployment. Some even say we have already entered a recession, with a jump in the jobless rate and slow economic expansion predicted for the final quarter of 2007.

This is the picture facing the next President of the United States.  In these conditions, we can be sure that he or she will be looking out first and foremost for the corporate interests that got them there in the first place. So no matter which major party candidate “wins” next Fall, we can predict one thing with absolute certainty: working people will lose out. U.S. workers will need to go through the “school” of the Democrats, and learn through painful experience that this corporate outfit in no way represents our interests. But sooner rather than later, we are confident that the majority will agree that we need to break with the parties of big business and build our own – a mass party of labor!