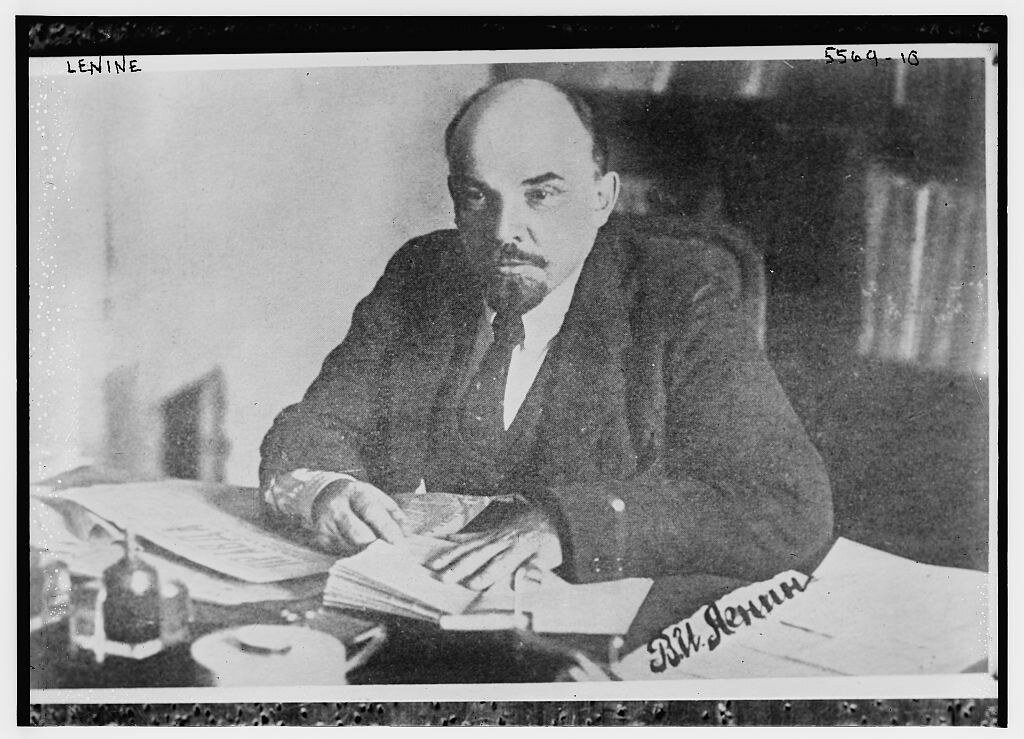 After focusing on Marxist philosophy last year, members of the US section of the International Marxist Tendency will spend the next 12 months deepening our understanding of the all-important question of reformism versus revolution. Featured below is the organization-wide reading for the months of January and February. In this short piece, Lenin sharply criticizes the “liquidators” for blurring the class question by rejecting reformism in words while being reformists in practice.

Unlike the anarchists, the Marxists recognize struggle for reforms, i.e., for measures that improve the conditions of the working people without destroying the power of the ruling class. At the same time, however, the Marxists wage a most resolute struggle against the reformists, who, directly or indirectly, restrict the aims and activities of the working class to the winning of reforms. Reformism is bourgeois deception of the workers, who, despite individual improvements, will always remain wage slaves, as long as there is the domination of capital.

The liberal bourgeoisie grant reforms with one hand, and with the other always take them back, reduce them to nought, use them to enslave the workers, to divide them into separate groups and perpetuate wage slavery. For that reason reformism, even when quite sincere, in practice becomes a weapon by means of which the bourgeoisie corrupt and weaken the workers. The experience of all countries shows that the workers who put their trust in the reformists are always fooled.

And conversely, workers who have assimilated Marx’s theory, i.e., realized the inevitability of wage slavery so long as capitalist rule remains, will not be fooled by any bourgeois reforms. Understanding that where capitalism continued to exist reforms cannot be either enduring or far reaching, the workers fight for better conditions and use them to intensify the fight against wage slavery. The reformists try to divide and deceive the workers, to divert them from the class struggle by petty concessions. But the workers, having seen through the falsity of reformism, utilize reforms to develop and broaden their class struggle.

The stronger reformist influence is among the workers the weaker they are, the greater their dependence on the bourgeoisie, and the easier it is for the bourgeoisie to nullify reforms by various subterfuges. The more independent the working-class movement, the deeper and broader its aims, and the freer it is from reformist narrowness the easier it is for the workers to retain and utilize improvements.

There are reformists in all countries, for everywhere the bourgeoisie seek, in one way or another, to corrupt the workers and turn them into contented slaves who have given up all thought of doing away with slavery. In Russia, the reformists are liquidators, who renounce our past and try to lull the workers with dreams of a new, open, legal party. Recently the St. Petersburg liquidators were forced by Severnaya = Pravda to defend themselves against the charge of reformism. Their arguments should be carefully analyzed in order to clarify an extremely important question.

Let us now see how this defense squares with the facts.

First fact. The liquidator Sedov, summarizing the statements of all the liquidators, wrote that of the Marxists’ “three pillars” two are no longer suitable for our agitation. Sedov retained the demand for an eight-hour day, which, theoretically, can be realized as a reform. He deleted, or relegated to the background the very things that go beyond reforms. Consequently, Sedov relapsed into downright opportunism, following the very policy expressed in the formula: the ultimate goal is nothing. When the “ultimate goal” (even in relation to democracy) is pushed further and further away from our agitation, that is reformism.

Second fact. The celebrated August Conference (last year’s) of the liquidators likewise pushed non-reformist demands further and further away—until some special occasion—instead of bringing them closer, into the heart of our agitation.

Third fact. By denying and disparaging the “old” and dissociating themselves from it, the liquidators thereby confine themselves to reformism. In the present situation, the connection between reformism and the renunciation of the “old” is obvious.

Fourth fact. The workers’ economic movement evokes the wrath and attacks of the liquidators (who speak of “crazes,” “milling the air,” etc.) as soon as it adopts slogans that go beyond reformism.

What is the result? In words, the liquidators reject reformism as a principle, but in practice they adhere to it all along the line. They assure us, on the one hand, that for them reforms are not the be-all and end-all, but on the other hand, every time the Marxists go beyond reformism, the liquidators attack them or voice their contempt.

However, developments in every sector of the working-class movement show that the Marxists, far, from lagging behind, are definitely in the lead in making practical use of reforms, and in fighting for them. Take the Duma elections at the worker curia level—the speeches of our deputies inside and outside the Duma, the organization of the workers’ press, the utilization of the insurance reform; take the biggest union, the Metalworkers’ Union, etc.,—everywhere the Marxist workers are ahead of the liquidators, in the direct, immediate, “day-to-day” activity of agitation, organization, fighting for reforms and using them.

The Marxists are working tirelessly, not missing a single “possibility” of winning and using reforms, and not condemning, but supporting, painstakingly developing every step beyond reformism in propaganda, agitation, mass economic struggle, etc. The liquidators, on the other hand, who have abandoned Marxism, by their attacks on the very existence of the Marxist body, by their destruction of Marxist discipline and advocacy of reformism and a liberal labor policy, are only disorganizing the working-class movement.

Nor, moreover, should the fact be overlooked that in Russia reformism is manifested also in a peculiar form, in identifying the fundamental political situation in present-day Russia with that of present-day Europe. From the liberal’s point of view this identification is legitimate, for the liberal believes and professes the view that “thank God, we have a Constitution.” The liberal expresses the interests of the bourgeoisie when he insists that, after October 17, every step by democracy beyond reformism is madness, a crime, a sin, etc.

But it is these bourgeois views that are applied in practice by our liquidators, who constantly and systematically “transplant” to Russia (on paper) the “open party” and the “struggle for a legal party,” etc. In other words, like the liberals, they preach the transplanting of the European constitution to Russia, without the specific path that in the West led to the adoption of constitutions and their consolidation over generations, in some cases even over centuries. What the liquidators and liberals want is to wash the hide without dipping it in water, as the saying goes.

In Europe, reformism actually means abandoning Marxism and replacing it by bourgeois “social policy.” In Russia, the reformism of the liquidators means not only that, it means destroying the Marxist organization and abandoning the democratic tasks of the working class, it means replacing them by a liberal labor policy.

If you are interested in joining our discussions on reformism vs revolution throughout the year with us, contact us here!