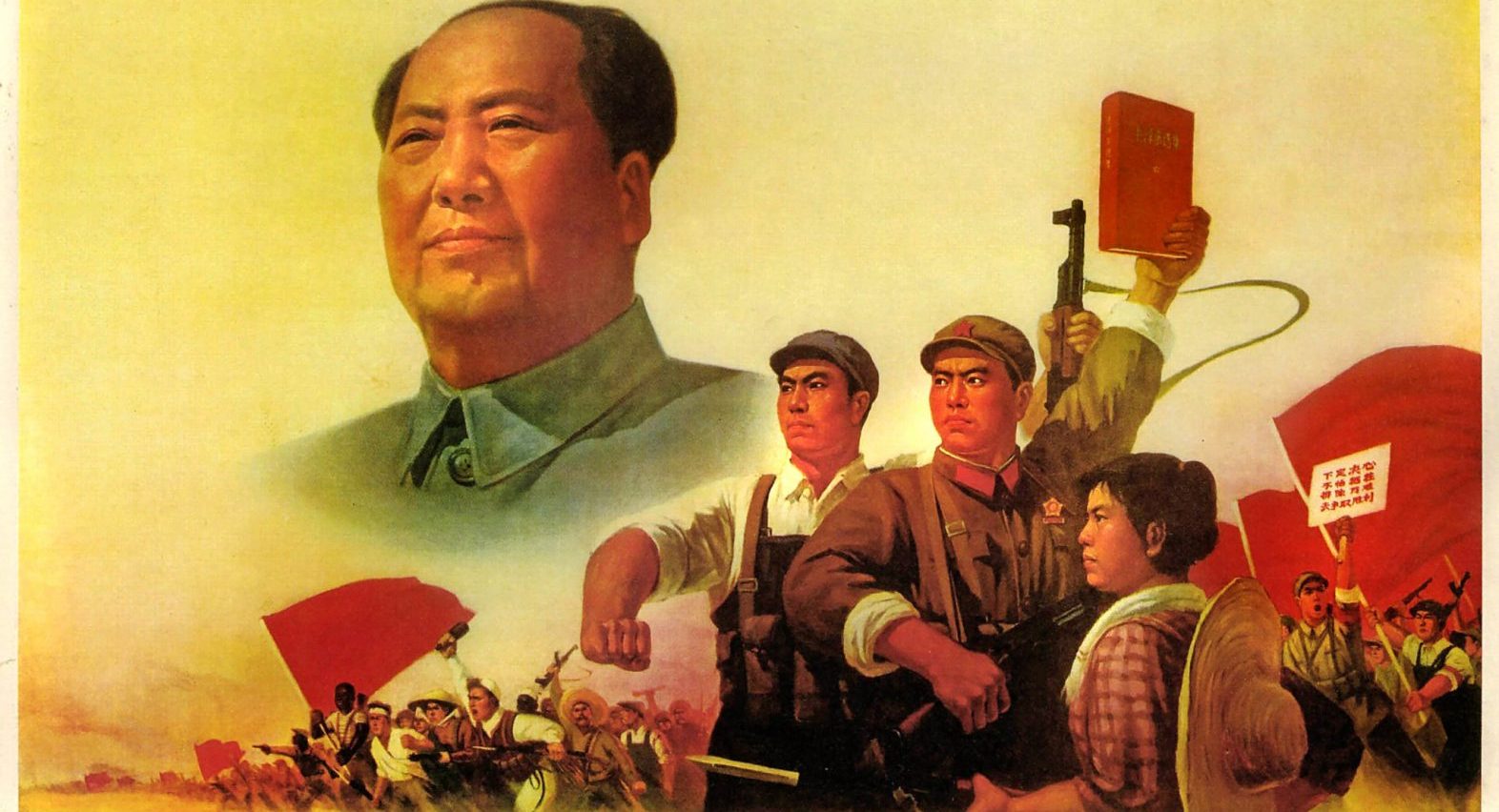 The capitalist crisis has led to a skyrocketing interest in socialism and revolution. Many young people have gravitated toward Maoist “Marxism-Leninism” as its “anti-imperialist” message resonates with them. However, what is the real relationship between Maoism and imperialism?

For billions of people around the world, the “horror without end” of imperialism has been manifested in invasions, occupations, and decades of destabilization. These ravages have inspired heroic, frequently revolutionary movements of resistance in the so-called ex-colonial countries, while the advanced workers and youth in the imperialist countries have built movements in solidarity with these struggles.

Many liberals oppose the imperialist countries’ relentless violation of the sovereignty of other nations and peoples, as they see this “Caesarism” as fundamentally anathema to democracy—although Marxists understand that imperialism and liberal capitalism go hand in hand. Many other people cannot stomach the crimes “their” governments commit abroad, so they put a “plus” to counter the imperialists’ “minus” and end up supporting the governments of those countries under attack by imperialism. 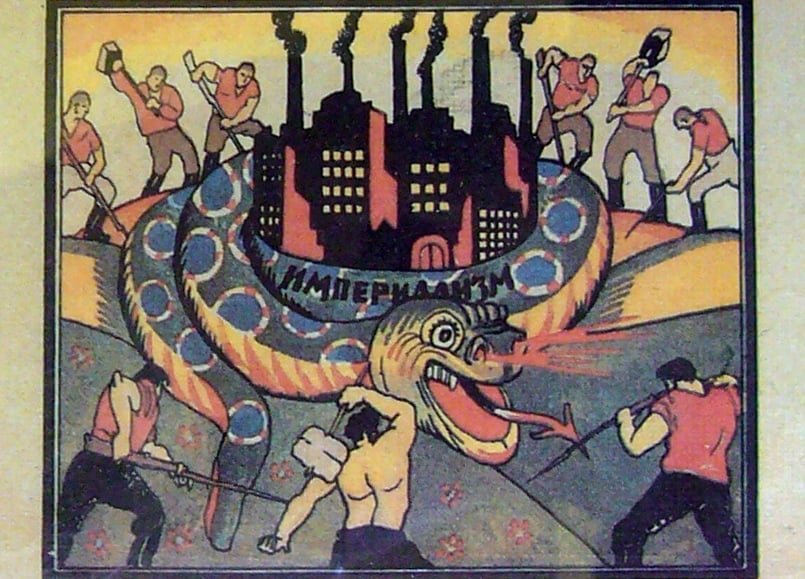 The only way to end imperialism is to overthrow capitalism the world over, and the only people who are capable of doing this are the workers of all countries. / Image: Kent Wang via Flickr (CC BY-SA 2.0)

Marxists, too, fight for the end of imperialist aggression and the liberation of oppressed nations. However, we understand that the behavior of the imperialists is the inevitable result of the logic of capitalist development. The only way to end imperialism is to overthrow capitalism the world over, and the only people who are capable of doing this are the workers of all countries.

In his seminal work, Imperialism: The Highest Stage of Capitalism, Lenin analyzed how the stage of finance monopoly capitalism, attained first by a handful of European countries and the United States, compelled the capitalists of these countries to conquer new markets and new workers to super-exploit to expand their capital. The sending of armies on foreign adventures by these states flows from the need for “bailiffs” to ensure the relation of dominance and subordination is maintained.

The state represents the interests of the ruling class and enforces a particular social and property system within a given territory. Bourgeois states use the institutions of the standing army and the police to ensure that the dictatorship of capital reigns. Smaller, weaker bourgeois states are often dominated by a local bourgeoisie that benefits from allowing “their workers” to be exploited by the capitalists of more powerful countries. By contrast, a workers’ state resulting from a victorious socialist revolution would mean political power is in the hands of the working class. Such a state would represent the vast majority and would defend against counterrevolutionary attempts by the enemy class; establish a democratically owned, controlled, and planned economy; and consciously move towards a society without classes, eventually rendering the state unnecessary altogether.

However, for better or worse, history does not proceed according to schemas. In the past century, many revolutionary national liberation struggles succeeded in overthrowing capitalism. However, these revolutions were unable to spread beyond their borders into the main imperialist states themselves. They were isolated in backward conditions and under tremendous pressure from the imperialists. Moreover, instead of being modeled on the early Soviet Union of Lenin and Trotsky—a time when workers’ democracy prevailed—most revolutions of the last hundred years were influenced by Stalin’s bureaucratically degenerated USSR.

The prolonged isolation of the war-torn Soviet Union eventually wore out the working class and revolutionary peasantry, and by the mid-1920s, a layer of bureaucrats that parasitically benefited from the nationalized planned economy usurped political power. Not only did inequality not diminish, but it increased. The state apparatus did not begin to wither away but became more bloated than ever. Under such conditions, Marxists argue that the working class must fight for a political revolution to overthrow the dictatorship of the bureaucracy, democratize the state, and spread it across all borders while maintaining the nationalized, planned economy. However, this did not occur, and the monster of Stalinism spread into Eastern Europe, East Asia, the Middle East, and Africa after World War II.

Stalinist bureaucrats are not interested in spreading revolutions and are bound by their narrow nationalist interests. They would rather work with the international bourgeoisie to curb revolutionary movements by the workers, which ultimately threaten their own privileges. In the postwar period, they did not hesitate to strike out at a fellow “socialist” country should the latter interfere with “their” interests. In conflicts of this type, such as the Sino-Soviet split or the Sino-Vietnam war, there is not an ounce of political difference between the bureaucracies on either side. 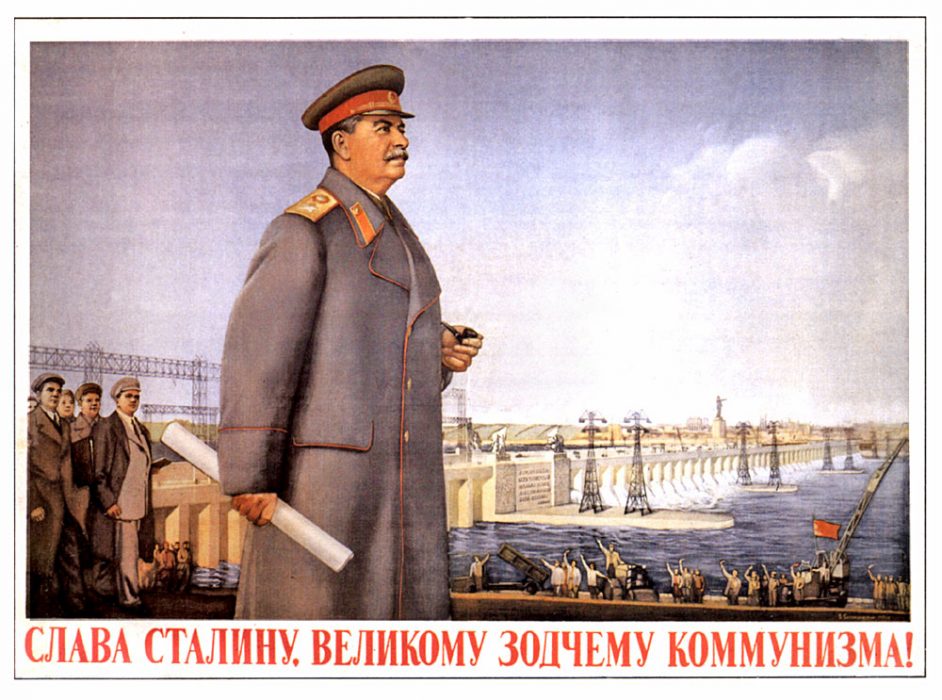 Stalinist bureaucrats are not interested in spreading revolutions and are bound by their narrow nationalist interests. / Image: James Vaughan via Flickr (CC BY-NC-SA 2.0)

Some of today’s “Marxist-Leninists” would agree that Khrushchev’s policy of “peaceful coexistence” with the West was a prime example of disastrous opportunism and revisionism. However, this tradition did not begin with Khrushchev, but with Stalin. After Stalin consolidated his power in the USSR and over the Communist International (Comintern), the latter rapidly went from a revolutionary party and school for socialists around the world into a foreign policy tool for the Stalinist bureaucracy. Stalin unilaterally disbanded it in 1943 to satisfy the demands of Churchill and Roosevelt. This is qualitatively distinct from the Comintern under the leadership of Lenin and Trotsky, who, although they had to make temporary concessions to imperialist powers to preserve the besieged and backward Soviet Union, never gave up on the building the international revolutionary party that can aid revolutionaries all over the world in overthrowing their capitalist governments.

Some adherents of Mao Zedong believe that Lenin’s internationalism and class struggle policy is what Mao embraced after the Sino-Soviet split. This is false. For one, Mao never sought to reestablish a revolutionary international organization, but instead limited his global outreach to the confines of diplomacy with this or that government. Maoist China’s willingness to betray the international working class in the interest of its own narrow national interest is fully revealed, not only in Mao’s famous rapprochement with “progressive figures” such as the war criminals Nixon and Kissinger, but also in the Chinese Communist Party’s support of arch-reactionaries such as Ayub Khan in Pakistan and the US-backed counterrevolutionary UNITA militia in Angola. When a CIA-backed coup violently overthrew the democratically elected socialist government of Salvador Allende in Chile, the CCP under Mao not only did not take a stance in support of the Chilean working class, but rushed to recognize the dictator Pinochet’s government.

As for the liberation of imperialist-dominated countries, Mao had nothing but detrimental policies to offer. Breaking from the traditional “Three Worlds” view in which the world was roughly divided between capitalist states, (deformed or degenerated) workers’ states, and ex-colonial countries, Mao opted instead to cut the key element of class out of his analysis, and based it instead on a country’s level of economic development and “hegemonic” ambitions. What emerged was the “Theory of Three Worlds.” As Mao explained to Zambia’s President Kenneth Kaunda in 1974: 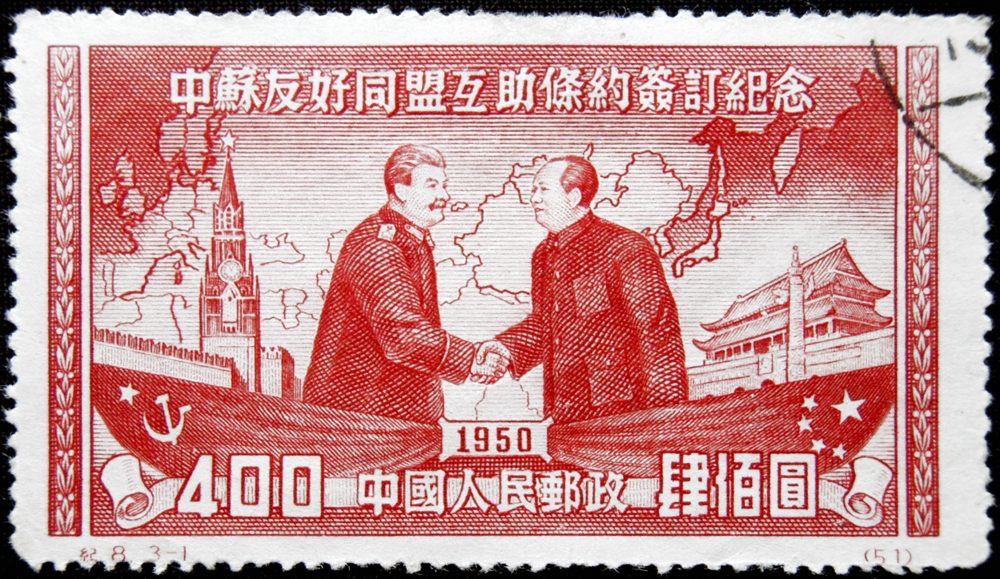 Mao never sought to reestablish a revolutionary international organization, but instead limited his global outreach to the confines of diplomacy with this or that government. / Image: Public Domain

According to Mao, since the countries of the Second World have conflicts of interests with those of the First, the Third World countries can and must try to obtain their support. “We must win them over, countries such as England, France, and West Germany,” he asserted. The “Theory of Three Worlds” also ushered in an era of China’s aggressive rapprochement and cooperation with capitalist governments, paving the way for the future restoration of capitalism in China under the CCP’s watch.

Mao’s “Theory of Three Worlds” was not an innovation, but rather, a faithful continuation of all Stalinists’ narrow nationalist outlook, placing the interests of the world working class far below their interest in remaining in power within their own borders. It accepts that capitalism has a right to dominate certain sections of the world, rather than fighting to unite the working class around the world to overthrow it altogether.

The opportunist content of Mao’s new “theoretical innovation” created a crisis within Maoist currents around the world. For example, the “New Communist Movement”(NCM) in the United States in the 1970s and 80s underwent a massive internal schism when the “Theory of the Three Worlds” was publicized. Many NCM activists rejected it and continued to employ the old understanding of the Three World Theory. Nevertheless, within this milieu there remained the confused idea that only the toilers of the ex-colonial countries are capable of waging revolutions, whereas the working class of rich countries is inherently incapable of this as they are “beneficiaries of imperialism.”

This one-sided view of the world is formalism, not a dialectical materialist analysis. It is true that, given the actual development of world capitalism, the working class living in the “weakest links” of the global system may be in a position to overthrow their own capitalists before their counterparts in the imperialist countries. Yet, even the strongest imperialist countries cannot avoid the inevitable crisis of capitalism and the social explosions that come with it. The French Revolution of May 1968 and the Italian Hot Autumn of 1969 exploded this fiction decades ago, and the inspiring movements across Europe today are another example of the revolutionary potential that exists in the very birthplace of imperialism. 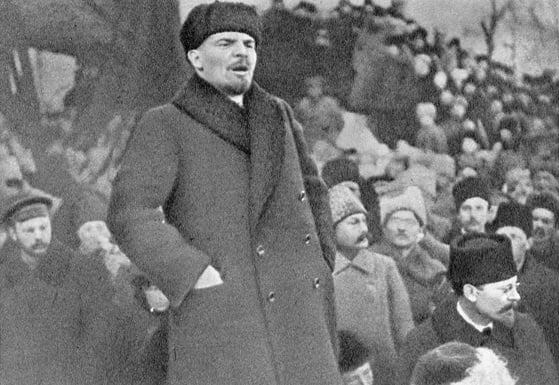 The lesson we must draw from Lenin is that revolutionaries must deepen the connection between the workers of all countries, rather than supporting this or that capitalist government. / Image: Public Domain

The lesson we must draw from Lenin is that revolutionaries must deepen the connection between the workers of all countries, rather than supporting this or that capitalist government. Workers and socialists living in imperialist countries must come to the realization that it is up to them to end imperialism at its source. Workers in the ex-colonial world must be clear that only by taking full political and economic power from their local ruling class can they effectively resist imperialist encroachment and spread the revolution. We must at all times highlight the class question and build internationalist solidarity.

Furthermore, revolutionaries must actively build a genuinely international revolutionary party to collectively overthrow capitalism, while learning from and supporting each other with a common policy, banner, and methods. Many organizations on the left content themselves with building in a single country. However, as Trotsky explained in 1935:

Without a Marxist International, national organizations, even the most advanced, are doomed to narrowness, vacillation, and helplessness; the advanced workers are forced to feed upon surrogates for internationalism.

The International Marxist Tendency traces its roots to a small handful of comrades isolated in Britain. It has nonetheless succeeded in building a vibrant international organization and is currently working in nearly 40 countries. As interest in Marxism and revolution grow around the world, we invite all genuine anti-imperialists to draw the lessons of the past and to join us in this struggle.