The Fight Against Dystopian Capitalism

For many, Trump’s election mirrored the dystopian world run by Biff Tannen that Marty McFly found himself in Back to the Future 2. No longer relegated to the future, the dystopia has apparently arrived. Defined as “a community or society that is undesirable or frightening,” and translated as “not-good place,” utopia’s antonym is the opposite of a world with minimal crime, violence, and poverty. Appearing in classic and modern artistic works such as 1984, Brave New World, Brazil, The Matrix, and Blade Runner, dystopian worlds are almost always characterized by dehumanization, tyranny, disease, technology gone completely out of control, and a general cataclysmic decline in human relations.

We’re subjected to a daily parade of gruesome examples of how the bony hand of capitalism, in its period of senile decay, threatens to pull humanity into an abyss of barbarism. Here’s just a sampling of recent statistics from the US: You are now more likely to die of an opioid overdose than in a car wreck; diagnosis of depression has risen by a third since 2013; antidepressant use has climbed 65% since 1999; suicide rates for teen girls are the highest in over 40 years; suicide is the second-leading cause of death among 15-24 year olds; drug overdoses have increased 260% among women aged 30-64 since 1999; life expectancy has suffered the longest running decline since World War I, and is concentrated among younger adults.

Along with this spike in mortality, we see an accompanying rise in loneliness and isolation. Rates of loneliness have doubled, with half of the US population reporting that they feel alone. According to Johan Hari, author of Lost Connections, a critically acclaimed book on depression, the most common answer people give when asked, “How many confidants do you have?” is zero.

We live in a world in which the potential for human liberation through technological innovation is greater than ever. But instead of explaining how this potential can be unleashed, Oxford professors publish books about “technological singularities” obliterating humanity, while Silicon Valley executives assert that they have brought a kind of Frankenstein’s monster into the world. This all attests to the unprecedented alienation of humans from the forces of production which we ourselves have created.

Not surprisingly, work—where most people spend roughly half their waking lives—is a prime source of misery. According to an exhaustive study by Gallup, 87% of people don’t like what they’re doing most of the time they reside on this planet. As far back as the 1970s, social scientist Michael Marmot found that the degree of control workers feel they have over their work is directly linked to how stressed and depressed they feel, and also has an effect on their children. 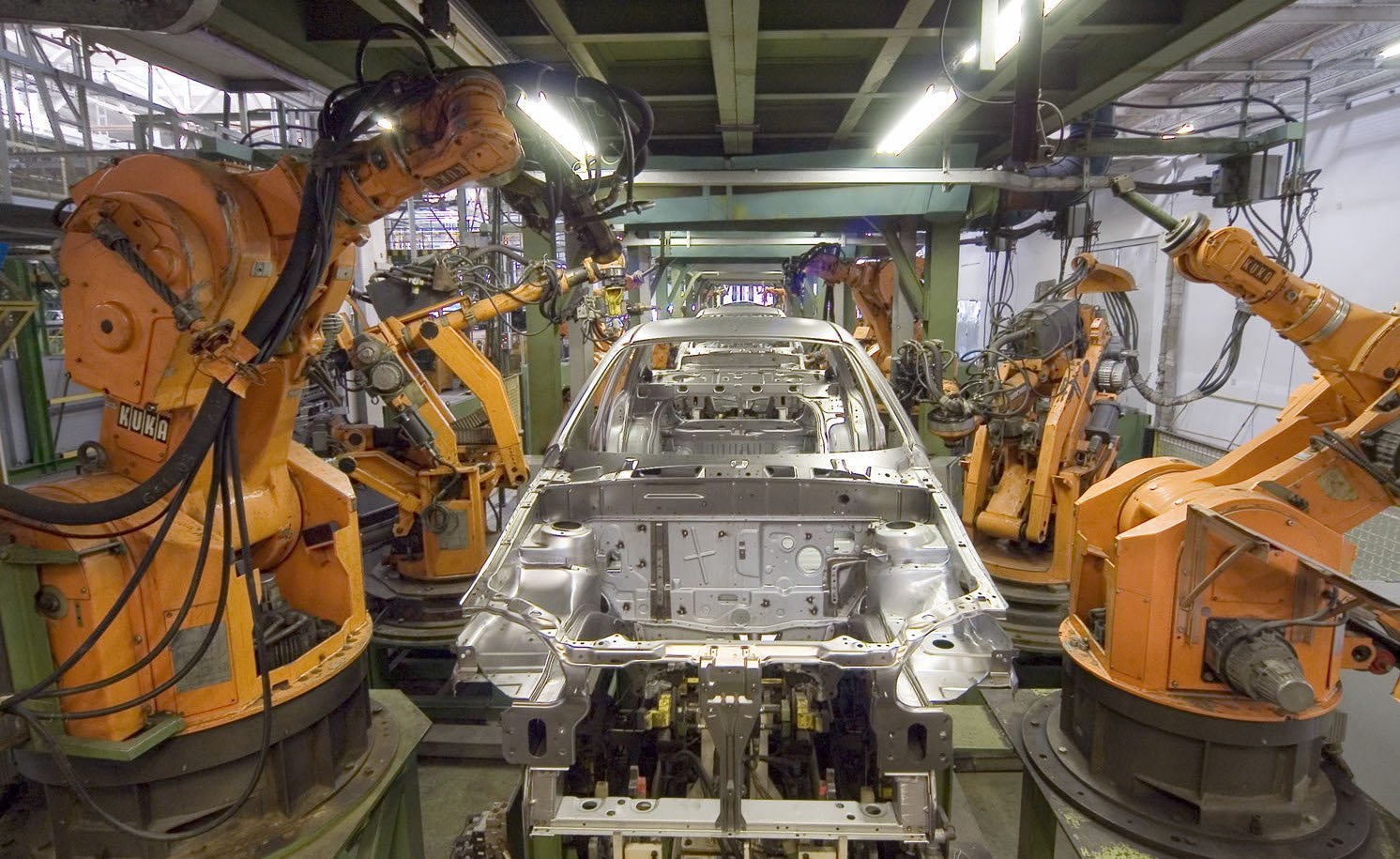 Technological innovation is causing unprecedented alienation of humans from the forces of production which we ourselves have created. / Image: Mixabest on Wikimedia (CC BY-SA 3.0)

Marxists are often told that selfishness, competition, and “survival of the fittest” are eternal features of so-called “human nature.” However, if we go back to the dawn of our species, it is clear that cooperation and mutual aid were not just “good ideas” but indispensable to our very survival. Failure to work together in collective groups would have atomized us, exposing us to almost certain death. In such an environment, the emotion of loneliness and despair—being cut off from your ties of kinship—played an evolutionarily progressive role, as one’s relations with others were the only thing keeping you alive in a hostile wild. Over the millennia, we were “wired” for cooperation, camaraderie, solidarity, and equality—not competition, division, and stratification. So it is no surprise that, faced with an increasingly atomized and isolating society, these feelings are rampant.

But every action has an equal and opposite reaction. There is a growing rejection of the inhuman conditions capitalism forces upon us. In one country after country we see the youth, and increasingly, workers, rebelling against the capitalist system and its values. As we are in the early stages, this process is distorted, uneven, and contradictory. But where some see only the rise of right-wing reactionary demagogues like Bolsonaro, Le Pen, and Trump, we cannot lose sight of the profoundly symptomatic significance of people like AMLO, Sanders, Corbyn, and Mélenchon. In the US, in the aftermath of Sanders’s 2016 campaign, we have seen the rise of DSA, the beginning of a revival of the labor movement, and widespread interest in socialism. All of this should fill us with confidence in the future.

Michele Obama’s 2016 counter to Trump’s slogan, “Make America Great Again,” was “America is already great!” But the idea that America is somehow “already great” flies in the face of the experience of millions of workers for whom every day is a struggle. As individual solutions fail to resolve the problems workers face, they will be compelled to turn once again to collective solutions. Their organic class interests will come to the fore and in the course of united struggle, hopes, aspirations, and horizons hitherto unknown to them will open up as alienation and demoralization turn into their opposite in the heat of revolution.