“The Godfather” 50 Years On: A Cinematic Masterpiece Tarnished by Profit 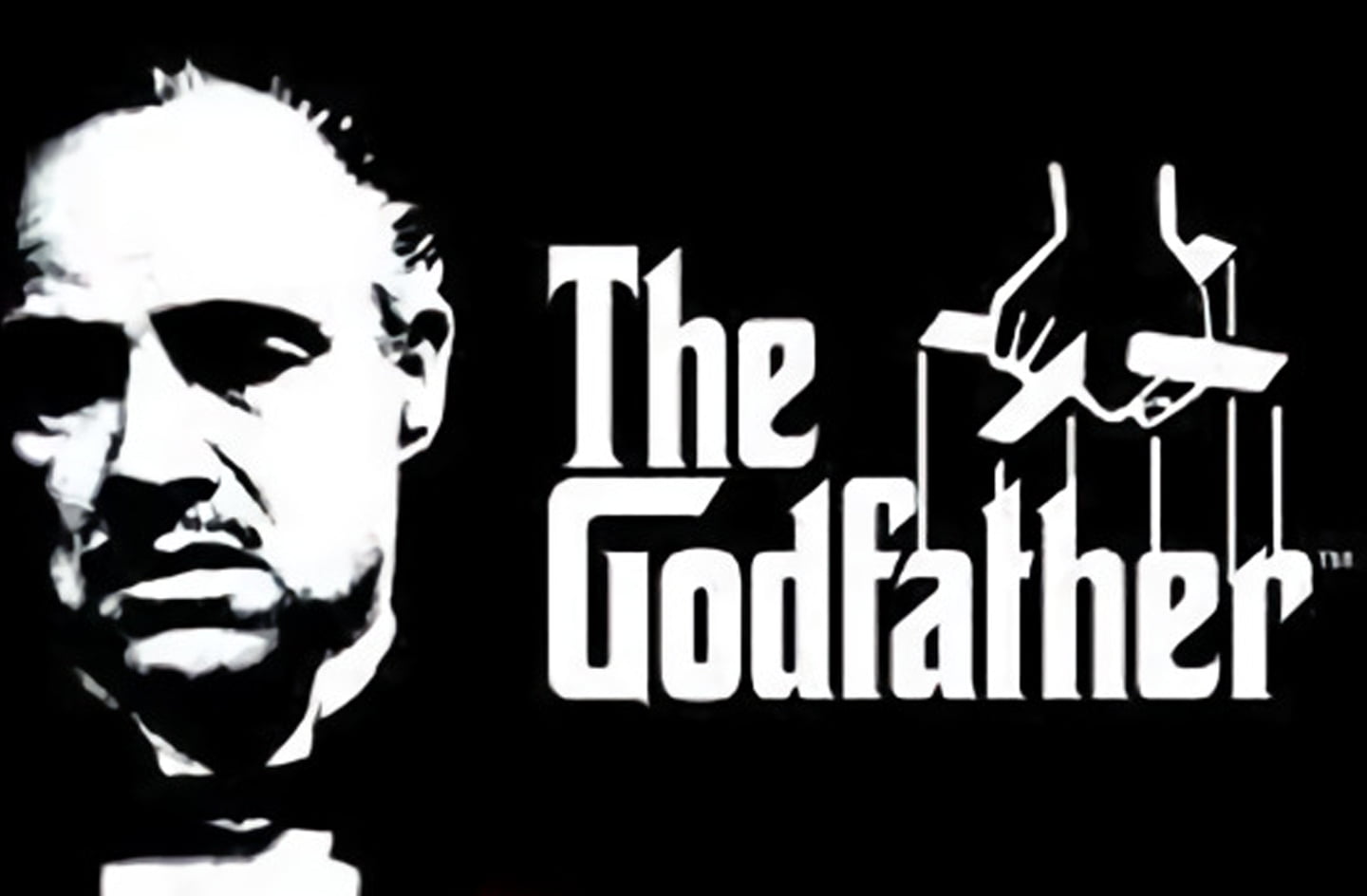 It is now 50 years since the release of The Godfather. The film remains a masterpiece to this day, brilliantly depicting the ruthless logic of capitalism. But the third installment of Coppola’s trilogy reveals the suffocating effect of profit on cinema.

As the late Steve Jones pointed out during his leadoff on Marxism and cinema at the 2021 Revolution Festival, cinema is unique, in that it is both an art form and a medium of mass entertainment. At its best, it is both.

In this regard, Francis Ford Coppola’s The Godfather is a high watermark of filmmaking.

This timeless classic, based on the book of the same name by Mario Puzo, is still widely considered to be the greatest film ever made. It remains the pinnacle of modern cinema, five decades after its initial release.

Its sequel, released two years later in 1974, is similarly considered to be a masterpiece.

The enduring popularity of these films is in no small part because Puzo’s compelling tale of the Corleone family is “a metaphor for capitalism in America,” in the words of director Francis Ford Coppola.

These films resonate with people because, underneath the Italian-American gangster aesthetics, consciously or unconsciously, we see a story containing themes familiar from our daily lives.

These films brilliantly depict how, in order to get to the top, both Vito (Marlon Brando / Robert De Niro) and Michael Corleone (Al Pacino)—who start as honest and innocent characters—are forced to change as people. Both become ruthless towards any rivals; and, in the case of Michael, even towards his own family.

Michael’s story, in particular, is one which shows the corrosive effects of greed and cut-throat competition; how the pursuit of profit completely transforms a person. He demotes one of his brothers, Tom Hagen (Robert Duvall); repeatedly lies to his sister and wife; and kills another brother: all to protect his own business interests and get ahead.

This vividly depicts how, under capitalism, “the family relation is reduced to a mere money relation,” as Marx and Engels said, with no space for sentimentality or loyalty.

These films also show how this dynamic ultimately leads to alienation and isolation. The second film ends with Michael sitting alone, remembering a simpler time when his family was still together, thus concluding a story which sees the complete breakdown of his marriage, and his brother killed on his own orders.

The third film’s ending mirrors that of a tragic opera, as an assassination attempt on Michael claims the life of his daughter, Mary (Sofia Coppola), who he tried to keep away from his shady enterprises.

The films also show the whole capitalist system to be rotten. Politicians, policemen, and judges are shown to be corrupt individuals, committed to self enrichment, not abstract notions of justice and democracy. Bankers, businessmen, and men of God are depicted as crooked, too.

In fact, whether it is a US senator attempting to extort the Corleones, or Vatican bankers and real-estate moguls attempting to swindle them, the supposedly “legitimate” figures are often more ruthless and cunning than the gangsters themselves.

The first two installments in The Godfather trilogy were a product of the “New Hollywood” movement that influenced the American film industry in the mid-1960s to 1980s. This is no coincidence.

Hollywood studios were in a position of weakness at the beginning of this era, for a number of reasons.

Firstly, the Paramount case of 1948 saw the US Supreme Court rule that film studios could not own their own cinemas, or prevent their films from being shown in cinemas that they did not own. This weakened their monopoly position in the market.

At the same time, television had also become much more accessible by this period. The ability to access entertainment from the comfort of the living room meant that cinema audiences dwindled.

This was particularly the case because of the output of the old Hollywood studios, which was becoming increasingly stale and was failing to resonate with younger generations.

By the 1960s, the big Hollywood studios were losing money hand over fist, and their productions were unable to compete with arthouse films and content from Europe and Japan, which left Old Hollywood movies looking dated.

Due to this position of weakness and desperation, the Hollywood studios gave creative control over to directors. This freedom that directors were given allowed them to take risks. And their innovations took cinema in new directions and to new heights.

The success of the films of this era—such as Martin Scorsese’s Taxi Driver and Michael Cimino’s The Deer Hunter—increased the strength of the directors who were driving the New Hollywood movement.

The studios, eager to keep the money flowing, were happy to agree to the increasing demands of these directors. In some instances, producers even wrote them a blank check. When films such as Scorsese’s New York, New York and Cimino’s Heaven’s Gate began to flop, however, this left the studios reeling.

The studios therefore began to reassert control. The innovative developments of the New Hollywood era, and the renewed popularity of cinema, meanwhile, had laid the basis for the epoch of the “blockbuster,” which studio executives saw as a safer—and more lucrative—investment.

Under capitalism, the artistic merit of a film is a secondary concern for the big monopolies that control the production and distribution of film. They are instead focused simply on producing mass entertainment—motion pictures that act as commodities, with a potentially huge market.

Both Francis Ford Coppola and Mario Puzo considered The Godfather story to be concluded with the second installment. But Coppola, like Scorsese and Cimino,​​ was also responsible for one of the great flops of the New Hollywood era: One From the Heart.

This failure caused huge financial difficulties for Coppola, meaning that he was forced to accept producer Paramount’s offer of a third film, who saw The Godfather as the perfect cash cow to milk in the blockbuster era.

Due to Coppola’s financial position, the production of the third film was entirely on Paramount’s terms. The film could not be an epilogue as Coppola wished, for example. Instead, producers insisted that it had to be marketed as another installment in the trilogy.

These time and budget constraints had knock-on effects, particularly in terms of casting. Julia Roberts was initially cast as Mary, but the actress had scheduling conflicts. She was replaced by Winona Ryder, who was later forced to drop out due to exhaustion, as she had just completed another film.

Rather than wait until the right actor was available, Coppola was forced to push on and cast his daughter—Sofia (now an acclaimed director in her own right)—as Mary, in a performance that was widely panned.

And, while Coppola won the standoff he had with Al Pacino over his fee, the inability to find more money for Robert Duvall meant that Tom Hagen—a major character—had to be written out of the script.

In Paramount’s rush to have the film released on Christmas Day 1990—the most profitable time of the year for cinemas—they ultimately ensured that the final product was a substandard movie, with wooden and awkward performances, and a script that needed sharpening. This tarnished The Godfather canon that Paramount prized so much.

The irony is that with more creative freedom and more time, the third installment—which contained the germs of great ideas in places—could have been produced to the same standard as the first two installments. Instead, in their shortsighted pursuit of profit, Paramount ruined what they already had.

The Godfather trilogy shows us how capitalism changes us and strains our relationships; and how criminal and “legitimate” enterprises are often interlinked and as bad as each other.

But most importantly, after demonstrating the artistic capacity of cinema, the final incarnation of this series clearly demonstrates how capitalism has become the biggest obstacle in the way of realizing humanity’s artistic potential.

Media monopolies like Paramount cling to the blockbuster model: resuscitating long-dead film franchises to try and ensure a safe return on their investments, rather than taking a risk on creative new stories that are not a guaranteed, profitable hit.

Rather than breathing new life into these beloved franchises, however, the result of adding these appendages to an existing body of work is the creation of a horrific Frankenstein’s monster. This is tantamount to cultural vandalism.

In contrast, when cinema was unshackled from the fetters of commodity production following the Russian revolution of 1917, the films of Vertov, Eisenstein, Pudovkin, and others utilized new innovative techniques to take cinema to previously unheard-of heights.

The conclusion is clear: the film industry must be taken out of private hands and run in the interests of society, not profit, in order to unchain humanity’s artistic and creative potential from the shackles of capitalism, and to breathe new life into cinema.