The Whole System is Rigged! Build a Mass Socialist Party! 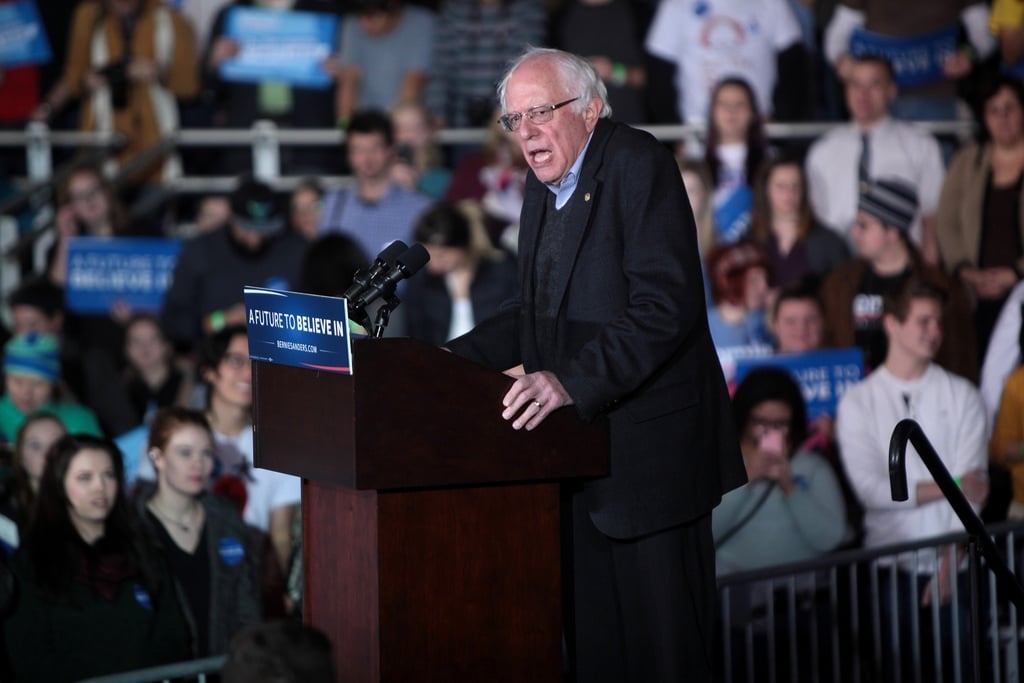 That “the system is rigged” is the sentiment of millions of Americans as we head into the final stretch of the candidate selection process. Both Bernie Sanders and Donald Trump, who are seen as anti-political establishment outsiders, have tapped into this deep vein of discontent.

Albeit from opposite ends of the populist spectrum, the core message resonating with millions of newly energized working class voters in both major parties is essentially the same: that from the banking, financial and legal institutions, to the political parties and electoral process, the system is crooked and rigged in favor of the rich.

With wages stagnant for decades, a lower employment-to-population ratio than before the crisis, nonfinancial debt growing 3.5 times faster than GDP, it is little wonder that 59% of Americans believe the economy is “getting worse” and are desperate for a change. Having tested “middle of the road” Democratic and Republican mediocrities over the last few electoral cycles, they are in a mood to shake things up.

The economic and political “normality” of what was possible and expected under capitalism during the postwar era is breaking down. But make no mistake about it, the system isn’t “broken” as such—this is precisely how capitalism operates: with exploiters and exploited, oppressors and oppressed, rich and poor, haves and have-nots. Capitalism is working just fine for those who control the economic and political system. It is the representatives of the rich who write the laws and the state they have devised is used to enforce them. This is the essence of what Marxists call “bourgeois democracy”—democracy for the super rich and a show and charade for the rest of us. As long as a few crumbs could be had to take the edge off, most people played along, turning a blind eye to the lies, corruption, and hypocrisy. But there comes a time when “enough is enough” and a majority of Americans are beginning to take matters into their own hands—a harbinger of revolutionary events to come.

Americans in every demographic have suffered from the capitalist crisis—with the exception of those in the 1%, who are now richer than ever. The dearth of opportunities for the youth means that an astonishing 50% of men and 45% of women age 19 to 24 live with their parents. The “golden years” are no longer so rosy, as inequality actually widens among those over 64 years of age, reaching catastrophic proportions by age 74. The heroin epidemic graphically illustrated in a recent article in the New York Times—125 people overdose every day from heroin alone—is a clear indication of the deep-seated lack of confidence that has seeped into a significant layer of society. Inequality is literally a question of life or death: the rich live longer than the poor—15 years longer for men and 10 years for women.

Heading into the New York primaries, Bernie Sanders had won 8 of the previous 9 contests, giving him tremendous momentum. Young people are politically engaged as they have not been in a very long time. Millions of voters are disillusioned with what they call the (un)Democratic Party. They look above all to Sanders himself, not the party whose ballot line he has chosen to run on. Hillary Clinton has the lowest favorability ratings since polling on this question began in 2001. 27,000 turned out in Manhattan to hear Sanders denounce Wall Street and Clinton’s ties to big business. The Democratic Party debate in Brooklyn was the most raucous in recent memory, as the audience cheered and booed with quintessential New York City energy. Nonetheless, this was Hillary Clinton territory. A two-term senator for New York, she handily beat Barack Obama in the 2008 primaries and did the same this year against Sanders. With so much electricity around the Sanders campaign, how did she manage to beat him by 16 points?

First of all, the New York Democratic Party primaries were closed, which means that only those registered as Democrats could vote. His most lopsided victories in the Western states occurred in states where anyone could vote, including Republicans and independents, and he has also done much better in caucuses as opposed to primaries. Above all, he has done well among independents. Three million registered New York voters—who had registered as independents because they do not identify with either major party—were therefore unable to participate in the primaries. Had they been able to, Sanders may well have won, especially if one considers that only 1.8 million people voted in the Democratic primaries. New York is also the most heavily unionized state and city in the country, and the big unions are all on board with Clinton, and moved might and main to get their members to vote for her.

But the question of rigging and dirty tricks cannot be ignored. Reports of “irregularities” were rampant in New York City on election day. There were numerous reports of people having been blocked from switching their affiliation from “independent” to “Democrat.” In Brooklyn alone, some 125,000 registered Democratic Party voters were “mysteriously” dropped from the party lists between November and election day, while only 63,000 new ones were added. Even Clinton partisan, Mayor Bill de Blasio, had to admit that “entire buildings and blocks of voters” had been purged, and the city comptroller’s office has said it will audit the Board of Elections.

No matter what happens, the real surprise this election year isn’t that Sanders may not win the nomination, but that he has done so well in the first place. Even if he loses—and the issue may well be all but decided by next Tuesday’s elections in Pennsylvania, Rhode Island, Delaware, and Maryland—Sanders’ campaign has shown the potential for socialist ideas to get a mass echo. This would have seemed impossible to most people just a few months ago. In order to avoid a potentially demoralizing slog all the way to an increasingly likely defeat at the DNC in July, the time is ripe for Sanders to abandon the (un)Democratic Party and harness the enormous enthusiasm around his campaign into an independent run this November. With his broad support among young voters and independents, and with growing support among black, Latino, and union voters, such a campaign would energize millions and has the potential to win, especially in a 3- or 4-way race against Hillary, Trump, and/or another Republican. 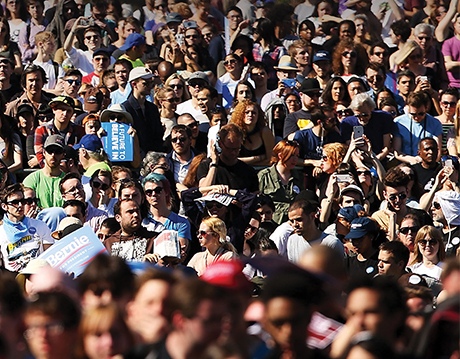 The coming weeks will be filled with many twists, turns, and possibilities, as the question “What Will Bernie Do?” is finally answered. Depending on what he decides, the fate of the Democratic Party as it is currently constituted may well hang in the balance. Will Sanders somehow manage to pull off the upset and win the nomination? If he loses, will he support Clinton, or break with the Democrats and campaign this year as an independent? Will he look towards 2018 and 2020 and begin building a new mass party that can contest elections at all levels of government? Will he move further to the left or drift towards the swamp of the American political “center”? Equally important, what will organized labor do? And on the Republican side, will Trump sew up the nomination, or will he face a contested convention, and potentially run as a right-populist independent?

There are many unknowns in the world, but one thing is clear: capitalism is running out of room for maneuver. As the saying goes, “You can fool all the people some of the time and some of the people all the time, but you cannot fool all the people all the time.” The release of the “Panama Papers,” which Time magazine says “could lead to capitalism’s great crisis,” has only added to the sense that “playing by the rules” is a losing game when the house holds all the cards and always wins in the end. In short, it is not merely this or that aspect of capitalism that is rotten and needs replacing, but the system as a whole. This is why we need a new system, a socialist system in which the majority controls politics and the economy, and democratically decides what is best for the majority.

However, it is one thing to “support” socialism in the abstract, and something else altogether to dedicate oneself to actively preparing and fighting for it. This will require a lot of hard work, study, and organization. The working class has enormous potential power, but is held back by its present leadership, which supports the capitalist system. Our task is not an easy one, but it is indispensable: to build the forces that can help build a mass revolutionary party that can provide the kind of leadership that the working class needs and deserves. Across the world, people of all backgrounds and ages are joining the IMT, and in particular, the youth. We invite you to join us in the struggle to collectively liberate humanity and end the horrors of capitalism once and for all.