Trump Vows to Leave the Paris Accord 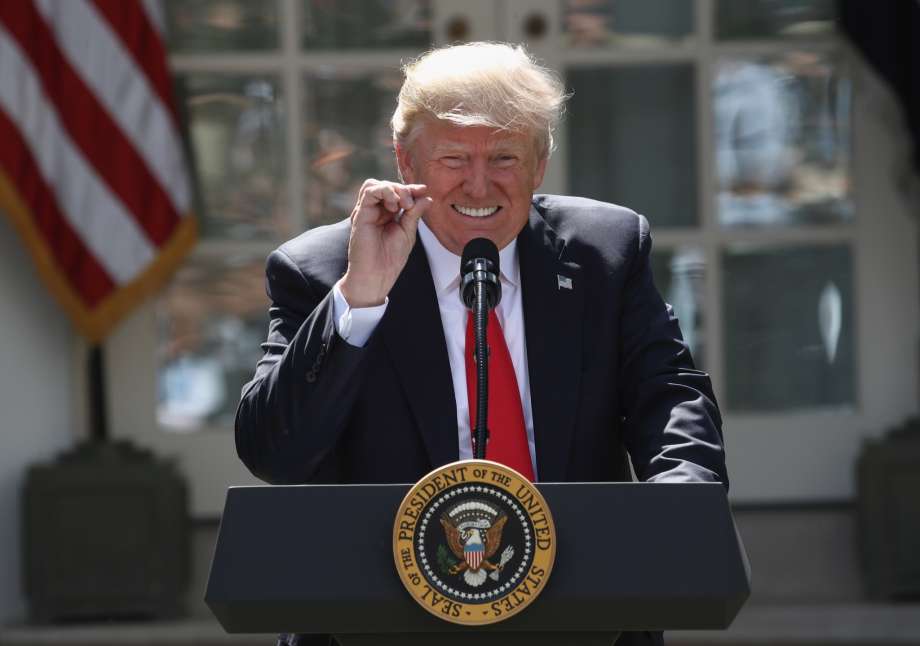 President Donald Trump announced on Thursday that the United States will withdraw from the Paris accord. After a fraught meeting with the other G7 countries, he unilaterally withdrew from the accords. This marks a decisive turning point in world relations and shows the inability of capitalism to create a sustainable future for humanity on this planet.

The Paris agreement of 2015 set targets for emissions reduction. Trump’s stated intent is to revive industries hurt by environmental efforts, such as coal mining, and to eliminate payments promised to the Green Climate Fund, which helps emissions reduction efforts in developing countries. He wants to, as he says, put “America first”

During his campaign, Trump promised his supporters that he would leave the Paris accord. However, sections of the US ruling class, including the CEOs of Shell, ExxonMobil, Chevron, and BP, fearing a loss of diplomatic influence, were mounting a last ditched attempt to stop him.

Trump claims to be willing to re-negotiate the terms of the agreement or broker a new deal on climate change, but representatives from France, Germany, and Italy have stated that a renegotiation is impossible. Given the difficulty world leaders encountered in brokering the original deal, and the terms on which Trump wants to negotiate, it would simply be impossible.

The Paris agreement (also known as COP21) was considered a major breakthrough, after the previous agreement in 2009 failed to bring significant change in emissions. Most countries represented at the conference signed the deal to keep global temperature increases below 2°C, decreasing every five years until it reaches net-zero emissions by 2050.

The agreement was passed without any legally-binding mandate, and each country was allowed to submit their own targets for emissions reduction. Former President Obama pledged to reduce greenhouse gas emissions 26 percent by 2025 as compared to 2005 levels. It was a toothless agreement and insufficient for the task it set itself. Yet, it had a certain impact. It did prepare a set of measures in different countries, albeit insufficient, to move to reduce emissions.

The Paris accord was in a sense the crowning achievement of globalization and international cooperation in the sphere of the environment. But environmental protection, just like free trade, depends on each national capitalist class looking above their narrow national interest for the global interests of the capitalist class. But it’s one thing to share out the profits between different nations, it’s another to share out losses.

The crisis of capitalism that began in 2007 has created a powerful impetus towards protectionism. In order to solve the social and political problems at home, it becomes very tempting to attempt to export unemployment to someone else. It is basically the policy of the right wing of the Conservative Party in Britain, and it is also the policy of Trump. The problem, of course, is that this only works as long as the other country or countries don’t retaliate, which they typically would. This is what pushed the economy into the slump in the 1930s, and it is what is on the cards right now.

Trump’s “America First” policy is for that reason a serious threat to the stability of world capitalism. The US is the world’s largest economy. The world capitalist class could probably stomach the loss of a climate accord. Even increased costs associated with storms, hurricanes etc. is nothing compared to a breakdown in world trade and a deep slump. That’s what they can’t forgive about Trump.

Trump’s noises about NATO, asking the other members to cough up, is similar. It signals the US partial withdrawal from its commitments to the interests of the world capitalist class, in terms of defence and security. This is why Merkel says that the EU might have to look after its own security in the future.

The row over the Paris accord is not because the European leaders are more progressive than the US, it’s because they see the US drifting towards protectionism, and abandoning its role as the guarantor of free trade on a world scale. This development began already under Obama, with a significant increase in the number of protectionist measures taken by the US government, but Trump’s “America First” accelerates the process.

It’s also for this reason that the Democratic side of the establishment has been so keen to prove their environmentalist credentials. It’s not because they are really progressive in any sense, but that they see, like their European counterparts that the future of globalization and free trade is at stake. 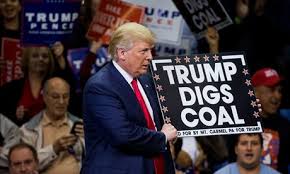 Abandoning the Paris agreement will do nothing to alleviate the suffering of the US masses. Despite popular support for leaving from economically depressed regions like the rust belt, the reality is that leaving the Paris agreement will do nothing to create new jobs in the coal industry or bring back jobs to the United States that have migrated overseas. The crisis of capitalism means that there isn’t an economic need to expand coal production since capitalists are not building new factories or expanding production when there is already an overproduction of commodities. Plus, cheaper energy sources such as natural gas and, to a lesser degree, wind and solar power, are pushing out coal as a natural result of market forces.

The Paris agreement in itself was not enough to reverse a century of rising emissions. The pledges made by the signers of the agreement were not enough to achieve the target of no more than 2°C rising global temperatures, and nothing in the agreement actually held countries to their pledges. Generally speaking, the costs associated with switching to renewable energy or changing the technology used in production to emit less greenhouse gas are too high for capitalists to make that change, especially in the middle of a serious economic crisis, when there is limited prospects of recovering the investments. The short-term view of the capitalists, with the drive to profit or perish, makes considerations about the environment in 50 or 100 years hopelessly remote, and so long as they can keep producing the capitalists don’t care about the impact of climate change on natural food sources, catastrophic weather events, or smog-filled cities.

This is not a new phenomenon. As Engels explained in 1876:

“As individual capitalists are engaged in production and exchange for the sake of immediate profit, only the nearest, most immediate results must first be taken into account…What cared the Spanish planters in Cuba, who burned down the forests on the slopes of the mountains and obtained from the ashes sufficient fertiliser for one generation of highly profitable coffee trees – what cared they that heavy tropical rainfall afterwards washed away the unprotected upper stratum of soil, leaving behind only bare rock! In relation to nature, as to society, the present mode of production is predominantly concerned only about the immediate, most tangible result, and then surprise is expressed that the more remote effects of actions directed to this end turn out to be quite different, are mostly quite opposite in character.” (Engels – Part played by labour in the transition from ape to man).

Only socialism can end the destruction of the environment, with a democratically planned economy that takes into account both short-term and long-term needs of the Earth and the people on it.

Socialist Program for the Environment

Whether or not Trump can actually complete the exit from the Paris agreement, there is no room under capitalism to make significant changes needed to counteract climate change and prevent an economic and humanitarian disaster. Only when the working class has control over the commanding heights of the economy – the largest companies, the banks, and the status apparatus – can we create an economy that plans for the long term, and develops in a sustainable way.

Much of the technology to make an abundance of clean energy already exists. To make clean energy the norm, rather than the exception, requires massive investment, but the capitalists have no incentive to use their vast resources for the common good.

A socialist program for the environment starts with the public ownership and control over natural resources, including mining, oil, and gas. As we transition to cleaner, renewable energy, all displaced workers will be guaranteed paid retraining and full employment. We will expand solar and wind power to all people, not just the advanced capitalist countries, and we will restore forests and natural habitats that have been damaged. The working class needs an earth to live on, not just today, but for generations to come