UNISON Election in Britain: Left Victory Would Transform the Situation 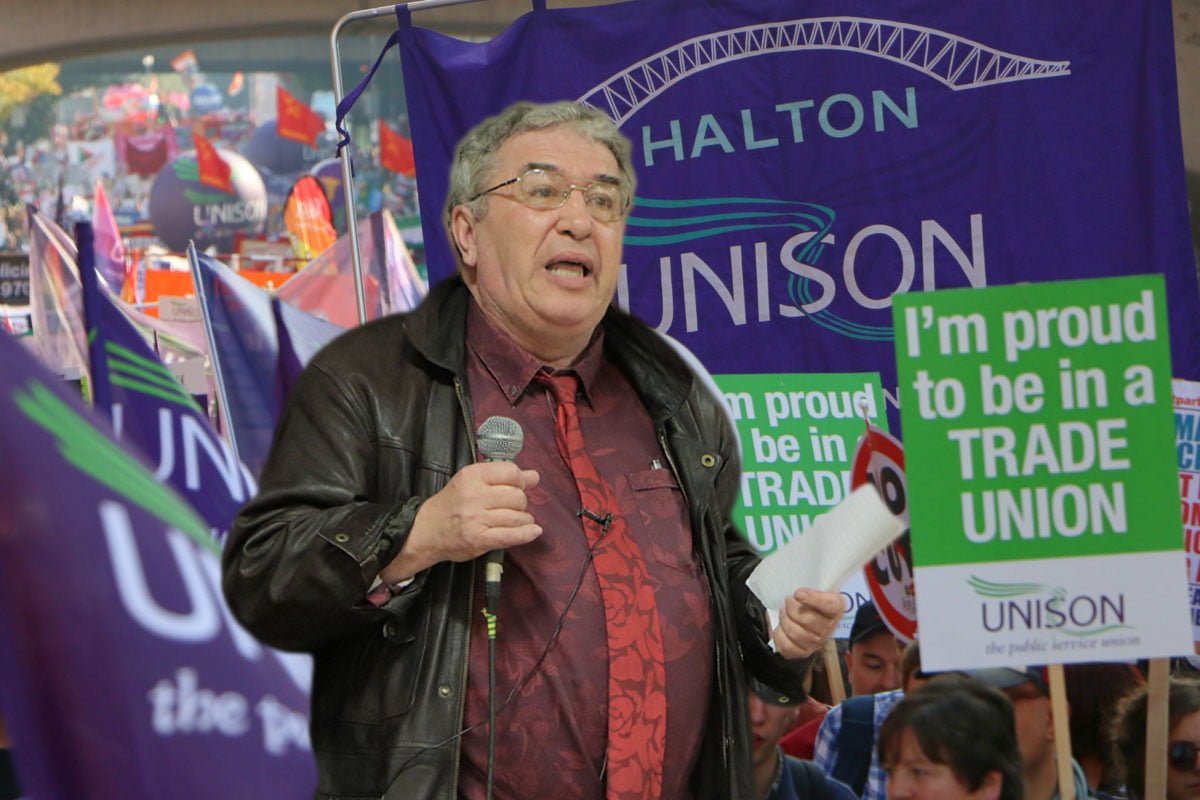 The general secretary election for Britain’s largest trade union is down to the wire. Victory for the left would mark a watershed for the whole British labor movement. Our comrades of Socialist Appeal (the British section of the IMT) are all out calling for a vote for Paul Holmes: the class-fighter candidate who will stand up for members and lead a militant union!

UNISON is Britain’s biggest trade union, with 1.3 million members, more than 70 percent of whom are women. It is also one of Europe’s largest unions. At the moment within the union we are in the middle of a heated battle for the position of a new general secretary. This is no ordinary union election. The outcome could dramatically affect the direction of the whole British trade-union and Labour movement. It therefore has profound implications for workers across the board, to say the least.

Dave Prentis, the union’s current right-wing general secretary, will retire at the end of 2020 after 20 years in the job. The union has been in the control of the right wing for this entire period—since its foundation—and has acted as the bastion for the right wing throughout the trade union movement. In addition, it has been a bulwark for the right wing in the Labour Party, most recently giving backing to Starmer’s attacks on the left. Those who led a struggle against Corbyn in Labour’s officialdom were part of and linked to the UNISON bureaucracy. For the likes of these careerists, it was like a game of musical chairs. Given the size and influence of the union, this has been decisive in bolstering the right wing.

Today, however, it appears that the vote for the new general secretary is on a knife’s edge. Unlike previous elections for the post, there is no incumbent. This is a more level playing field and gives advantages to new candidates, especially the left. If the left candidate wins this election, which is entirely possible, it will be a political and industrial earthquake, that will completely transform the situation.

There is only about one week to go before the ballot closes on November 27. The fate of the union is therefore in the balance. In this postal ballot, getting as many members to vote is paramount for the left.

There are four candidates standing for UNISON general secretary: Christina McAnea, who is the right-wing “continuity” candidate, and was nominated by the National Executive Council (NEC), five service group executives, nine regional councils and 210 branches. She is presently an unelected assistant general secretary.

#UNISON Election 2020: Vote for Paul Holmes! Only our campaign is by members and for members – to elect #TheMembersCandidate #Paul4GenSec #TimeForRealChange pic.twitter.com/yQamuKNUVC

Then there is Roger McKenzie, another unelected assistant general secretary, who has been nominated in this election by one service group executive, one regional council and 104 branches. He is more the “centrist” candidate, who has worked in the union bureaucracy for 10 years. Until a few months ago, he was a loyal supporter of the old general secretary Prentis—even supporting him in the last general secretary election against the left.

Both McAnea and McKenzie are from the same bureaucratic stable. They are career candidates, keen to pick up the massive salary. None of these assistant general secretaries were elected. All were appointed by Prentis.

Paul Holmes, an ordinary lay member, and elected member of the NEC, is the official broad left candidate and has received the nominations of one service group executive, two regional councils and 99 branches. If he wins, he promises to take his present council worker’s wage of £32,000 instead of the present general secretary’s salary package of £135,000. He is standing as a socialist.

And finally, Hugo Pierre, who is the “left” spoiler candidate. He is a member of and is supported by the so-called Socialist Party: a pernicious little sect that is only interested in promoting its own prestige, no matter the consequences. His only function, after losing the nomination of the broad left, is to split the left vote in favor of the right wing. He was nominated by 31 branches, just over the threshold to get on the ballot, to the delight of the right wing.

The election is fought on the basis of first past the post, and not an exhaustive ballot. This means every vote for Pierre is a vote taken from the real left candidate.

This clearly demonstrates the rotten politics of this discredited sectarian grouping. Rather than stand aside for Holmes, they prefer instead to split the left vote. The left in UNISON will never forget and never forgive them for this dirty role. Other trade unions should take note of this scandalous behavior, which should put them beyond the pale.

Although McAnea won the support of the NEC, she only did so by three votes over Holmes (29 to 26). The right wing changed how the vote would be conducted, without any prior notice. With the others eliminated, when it came to a run-off between McAnea, the rightwinger, and Holmes, the leftwinger, the supporters of the so-called “change” candidate Roger McKenzie either abstained or voted for the rightwinger. Out of the 12 who voted for McKenzie, 7 voted for McAnea and the other 5 abstained.

Keelan is a community worker in London. It's fantastic our campaign is getting so much support from young members. #UNISON #Paul4GenSec #TheMembersCandidate pic.twitter.com/EgbakKbNAD

However, the close result at the NEC vote put the fear of god into the right wing.

While McAnea has twice as many branch nominations as Paul Holmes, these are primarily small branches, while those who nominated Paul are large branches. He has widespread support, which puts him in a prime position. In total, the branches that nominated him represent more than quarter of a million members, drawn from all of the service groups in the union.

The 100-plus nominations are some 60 percent more than any lay activist has ever achieved in the history of the union. Paul secured the support of Unison’s largest local government branch, Birmingham Local Government; its largest region, the North West; and the largest service group, Local Government, which represents 750,000 members.

As the campaign has gone on, Paul Holmes has picked up increasing support from across the union. Paul’s track record as a class fighter is clear for all to see.

While the outcome of the election is impossible to predict, the right wing are certainly rattled. What the right-wing candidates lack is rank-and-file activists. They tend to rest on the support of the union machinery, despite this being against the rules, but the Covid crisis has closed the national and regional offices and officials have to work from home. Paul’s campaign on social media stands out by far compared to the other candidates. Where possible, leafleting has taken place in workplaces that remain open.

Everything depends on the turnout. The right wing have in the past won due to low participation in elections. This current campaign has certainly been the best the left have ever carried out.

Fearful of Roger McKenzie taking votes off McAnea, Roger has been reported to the Labour Party leadership for anti-Semitism, scandalously discrediting him. It is a desperate gamble. They were always worried about splitting the right-wing vote and there was talk about McKenzie being persuaded to withdraw his nomination. In reality, this episode shows they are terrified of a Holmes victory.

If Paul Holmes wins, which is entirely possible, then the union will begin to be transformed into a real fighting union. Rather than capitulation, which has been the method up until now, the union can take up the cudgels for the lowest paid workers in the country. A win in the general secretary election will be a springboard for the new NEC elections next May.

At the moment, the right wing have a wafer-thin majority on the NEC. In the past the left were not strong enough to contest all the NEC seats. This time will be different. The Holmes campaign, whatever the outcome, has breathed new life into the union left. A renewed and re-energized left has every chance to win a decisive victory in the leadership elections. Such a shift will transform the union and transform the situation.

Under a left leadership, where supporters of Socialist Appeal will play their part, the biggest union in Britain can put its stamp on events. It can provide leadership, which has been lacking, and break the grip of the right wing. It can open up a proud new chapter in the British labor movement. Every effort must be used to guarantee such an outcome.