Which Way Forward in the Struggle for Abortion Rights? 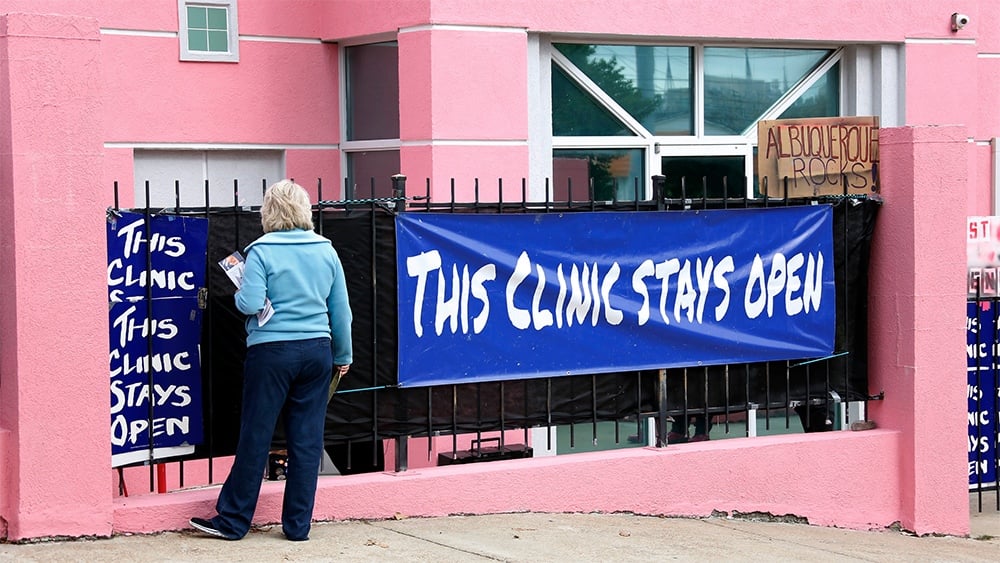 The struggle for abortion rights has always been vitally important for Marxists. The choice of having and raising children is always more difficult for the working class. Many working class women are forced to obtain an abortion because they have no adequate or affordable child care, and cannot afford to simply quit their jobs. This is not as much of an issue for most wealthy women. Even when abortion was illegal, many ruling class women could have it done secretly and safely by a private doctor, or travel to a country where it was legal to have the procedure. On the other hand, working class women were forced to endure dangerous and unsafe conditions, with abortions performed by people who were often not trained medical professionals. Many women died or were severely injured by the procedure.

Even though abortion has been legalized, it is not so simple for working class women to get one if they choose to have one. 58% of women seeking abortion are in their 20s and don’t have a regular or high enough income, or a partner to help cover the costs. Most health care plans won’t cover the cost of an abortion, which averages $500, but can approach $1,500 in the first trimester. 42% of women seeking abortions have an income level below the poverty line—a percentage that has surely increased dramatically since 2008.

Ending federal funding is seen as a way of crippling or at least indirectly reducing abortion provision; it is estimated that one out of four abortions in the US are provided by Planned Parenthood. This is all part of a national political effort to use laws regulating medical clinics in order to shut down health care centers that provide abortions. These kinds of regulations have led to horrible situations in places like Texas. Texas is enormous, larger than the whole of France. In 2012, there were 41 clinics in the state providing abortions; now, after the passage of ever-more restrictive laws, there are only 18. As a result, depending on where a pregnant woman happens to live, she could be forced to travel hundreds of miles to and from a provider—assuming she can even afford the cost and time off from work to have the procedure done. Many women must therefore wait until they have saved up enough money—or simply not get an abortion, leading to bigger problems later.

Abortion was made illegal in the US, at the state level, between the 1820s and the 1870s. This was all within the context of the institutional patriarchy and sexism of American capitalist society. The role of a woman was to be wife and mother. If she needed to work outside the home, this was in addition to, but not instead of her other roles.

Both world wars drew many more women into the workforce. But after each of these wars, and especially at the beginning of the post–World War II boom, women who had entered industry and other jobs were sent back home. Given the relative prosperity, some working class women ended up as full-time housewives and mothers, as the household could survive on a single income. However, as the economy slowed down and the squeeze began on workers’ wages, rights, and conditions, the contradictions resulting from society’s limitations on women and the hypocrisy of bourgeois values led more and more women back into the workforce. This was excellent for capitalism at the time, as the expansion of the workforce served to drive down wages and increase the rate of profit. In the 1960s and 1970s, the civil rights movement, the anti–Vietnam War movement, LGBTQ struggle, and the general youth rebellion also led to a growth in the movement for women’s and abortion rights.

In 1967, Colorado decriminalized abortion for rape and incest, and when the health of the mother was at risk. Soon, California and other states joined this trend. In 1970, Hawaii allowed abortion on request, and New York State did the same for women who were up to 24 weeks pregnant. Similar laws were passed in other states. In 1973, the Supreme Court made its famous Roe v. Wade ruling, legalizing abortion nationally during the first trimester and, with some restrictions, during the second trimester of pregnancy. The Supreme Court always balances the economic and social needs of the ruling class to ensure the stable maintenance of the capitalist system. They saw the growing rebellion on the streets, with the resulting social and political instability, and they did not want this to go any further. They calculated that by granting a few reforms, they could cut across this movement—and they did just that. However, even the most basic democratic rights are at risk as long as the capitalists are in control, and almost immediately, the right wing launched a counterattack.

As with most medical procedures, in order to assure maximum patient safety, abortions should be conducted in a hospital or a regular medical office, with the necessary staff and equipment to deal with any and all eventualities. In the US, however, the ruling class has successfully segregated the delivery of abortion services to “abortion clinics.” With many hospitals under the control of the Catholic Church and other religious entities, the provision of abortions has been shunted aside to these isolated clinics, many of them run by Planned Parenthood. If abortions were conducted in hospitals, the throngs of right-wing protesters harassing women entering these small clinics would lose their easy targets for intimidation; and if they tried this tactic at hospitals, the majority of the public would quickly turn against these fundamentalists. As before, wealthy women have other alternatives to these clinics and are not subjected to this kind of humiliation.

The liberals and the “professional women’s rights” organizations like NOW, NARAL, and EMILY’S List have not challenged the segregation of abortion services to these isolated institutions. Their strategy has been to lobby, initiate lawsuits, and support “pro-choice Democrats,” under the assumption that this will lead to “good Supreme Court judges.” We now see that their “strategy” is leading to defeat, as access to abortion services is being rolled back in one state after another.

Planned Parenthood is a “not-for-profit” corporation, and in this sense is a self-perpetuating entity—spending much of its budget on fundraising in order to hire people to do more fundraising. Apparently, the CEO makes over $500,000 per year, on par with many “for-profit” CEOs. However, while Marxists do not support Planned Parenthood as such, the attack on its funding is part of the broader attack on basic democratic rights such as abortion, and we oppose these attacks.

The recent controversy spilled into the presidential contest, as Republican candidate Carly Fiorina indignantly denounced Planned Parenthood for a video that allegedly showed its officials discussing the selling of aborted fetus parts. Apparently, the video she referred to was not Planned Parenthood after all. But if one is repulsed with the idea of profiting off of body parts, one must oppose the capitalist system, which will sell anything and everything in the pursuit of greater financial returns. And let us not forget that Ms. Fiorina, who now poses as a pious champion for the unborn, is a former CEO who has laid off tens of thousands of workers, thereby making life harder for countless children.

Working class women cannot leave their lives in the hands of conservative or liberal politicians, no matter of which gender. The fight for abortion rights and equality must be linked to other demands that will bring about positive change for all workers. All hospitals and medical offices should be nationalized under democratic workers’ control. All health services, including abortion, should be provided free at the point of service in hospitals and regular health clinics—no more segregation, and no more paying for health care! This must be combined with the struggle for fully paid parental leave and free, high-quality daycare centers, which should be available at or very near the site of a parent’s employment. Needless to say, the capitalist system will not provide these kinds of reforms in any meaningful way, and this struggle must therefore be a struggle for socialism.