Capitalism Can’t Keep Up With the New Climate Normality 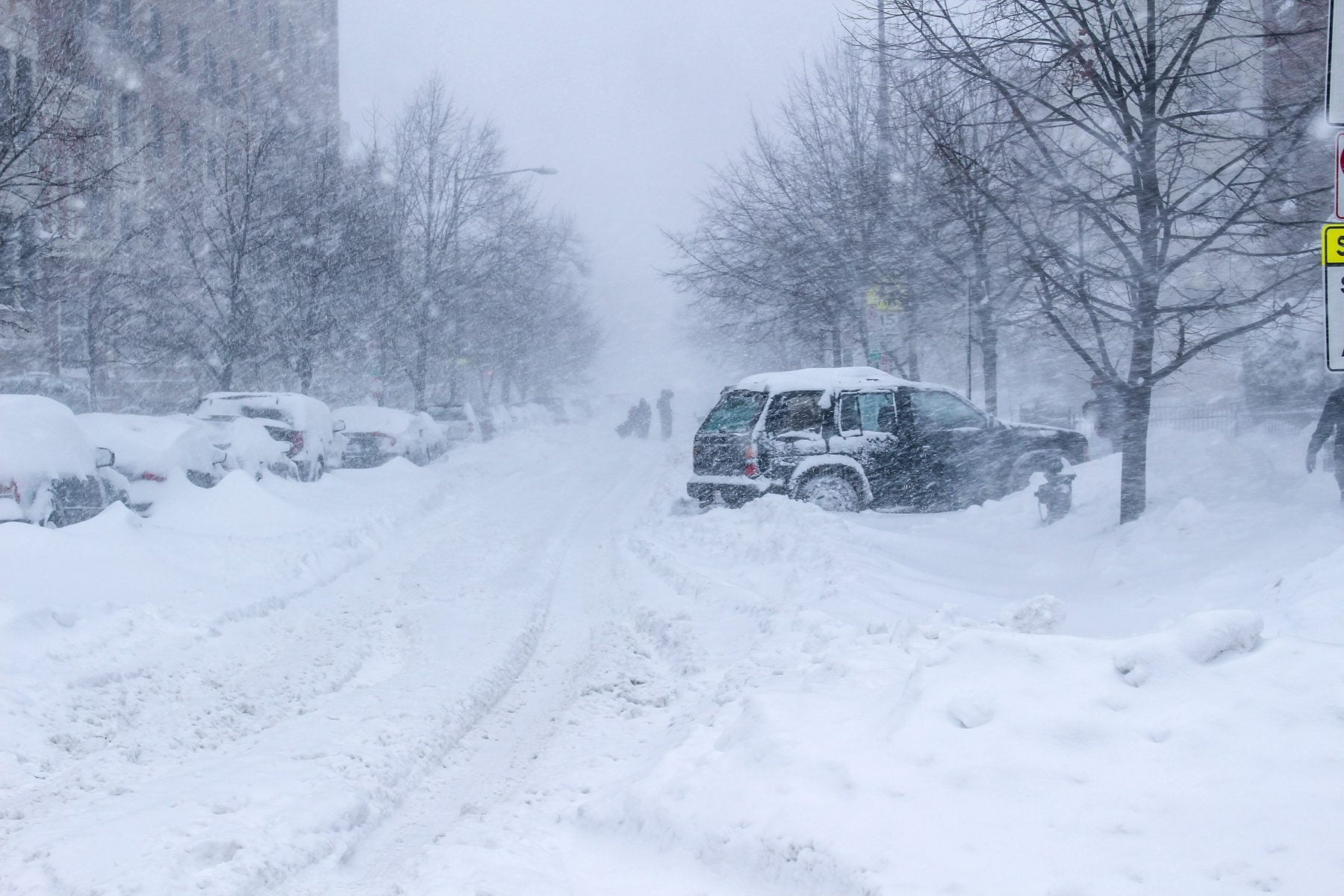 A string of climate calamities has pounded the US this winter. An icy storm swept the country just before the holidays, killing over 70 people in 12 states. On the West Coast, at least 20 people have died since late December as three weeks of relentless downpours flooded California with rainfall 400–600% above the state’s average.

This comes after another devastating year that saw 18 disasters in the US causing more than $1 billion each in damage and at least 500 deaths—from deadly hurricanes and tornado outbreaks to unrelenting drought and heat waves, raging wildfires, record-breaking cold fronts, and hail storms. Capitalism has again exposed its impotence when it comes to dealing with the new climate normality.

Yet another “once-in-a-lifetime” storm

Winter storm Elliott swept from the Mountain West through the Southeast in late December, shattering a temperature-drop record in Cheyenne, WY, plummeting from 42 to -9 degrees in just two hours. The storm system intensified into a bomb cyclone as it hit the Northeast just before Christmas, dumping four feet of snow on Western New York. While the Buffalo area is used to heavy snow, this was one of the longest sustained blizzards ever to hit the city, combining hurricane-force winds of up to 70 miles per hour with blinding snowfall.

The effects were catastrophic. Falling trees destroyed power lines and substations froze over, leaving 30,000 homes without power. Emergency services were overwhelmed with over 1,000 unanswered calls. In the hardest-hit areas, two-thirds of emergency responders got stuck in the snow and had to be rescued themselves. By the end of the Christmas weekend, at least 40 people had died.

The storm didn’t spare other typically warmer regions of the US. At one point on December 23, more than 200 million people—nearly two-thirds of the population—were under winter storm warnings. Over a million homes and businesses were left without power across the country. Crashes on frozen highways caused epic traffic jams, while thousands were left stranded for the holidays as air traffic ground to a halt.

Unprecedented single-digit temperatures left water systems close to collapse in parts of the South. Frozen pipes burst at the Atlanta and Birmingham airports. From Charleston to Selma, Memphis to Jackson, widespread leaks and water main breaks led officials to implement boil-water advisories and water-use restrictions. In many cases, the aging water infrastructure was already crippled after decades of underinvestment. A few months earlier, more than 150,000 people lost access to clean water in Jackson after torrential rains.

With the start of the new year, a rapid-fire cluster of rain channels known as atmospheric rivers hit California, leaving a Biblical deluge in its wake. Tens of millions of people were under flood alerts, with some 100,000 affected by evacuation warnings as more than 30 rivers and creeks overflowed across the state. Highways flooded or were blocked by crumbling hillsides, closing dozens of heavily-traveled roads. Strong winds uprooted trees and toppled power lines, leaving 300,000 people without power. A massive sinkhole swallowed vehicles in Los Angeles, while floodwaters consumed cars and the first floors of homes in the worst-hit counties. Monterey risked becoming an island as roads turned into rivers, nearly cutting off the peninsula from the rest of the state.

California has always experienced cycles of wet and dry years, including droughts and exceptional flooding like the Great Flood of 1862. Despite this, homes are often rebuilt in areas prone to flooding and mudslides, and officials are perpetually caught off guard and ill-prepared for such occurrences.

At the same time, global warming is exacerbating this cycle, making it more likely for the drought to intensify and less likely for wet years to continue. Meanwhile, the warmer atmosphere can hold more moisture, increasing the likelihood of catastrophic rain events. Studies estimate that California is twice as likely to suffer megastorms and extreme drought compared to a century ago. This climate of extremes, or “weather whiplash,” explains why the state doesn’t seem to get “average” years anymore.

Rain and snow should be good news for a state dealing with increasingly destructive wildfires and the worst megadrought in over 400 years. But too much rain too quickly cannot make up for years of consistently dry weather, and it overwhelms the emergency response and water infrastructure. Land scorched by wildfires and droughts is less stable and permeable. Unable to absorb the inundation, the water eventually ran off, eroding soil and causing over 500 landslides across California since New Year’s Eve.

It is also harder for the insufficient infrastructure to channel all the water into dams or aquifers—which is critical to replenishing the state’s reserves for the next dry spell. Across the state and beyond, water capture has been a mixed picture, with some rivers running wild into the Pacific while others are sucked dry. Despite the flooding, 95% of California is still under a drought designation, as tens of billions of gallons of water are washing out into the ocean.

Capitalism’s paralysis in the face of devastation

For the single wealthiest capitalist country on Earth, these scenes of climate devastation are becoming increasingly common. The existing infrastructure was mostly built decades ago for the old climate normality, and it is now crumbling and overwhelmed by the new pace of events. A national public works program is urgently needed to modernize and retool the country’s infrastructure: to expand riverbeds, build levees, dams, sewers, storm drains, reservoirs and percolation basins, repave roads, renew the energy grid, etc. In many cities, this will entail new urban planning and even the relocation of entire cities and towns under the worst threat of repeat flooding or fire.

Such a plan would require massive investment, long-term planning, centralized coordination, and democratic allocation of resources based on the most up-to-date recommendations from scientific workers. But under capitalism, society’s collective wealth and resources are appropriated, hoarded, and controlled by a bourgeois minority driven solely by profit. Therefore, the reality of the response falls way short.

For example, California has slow-footed efforts to expand existing dams, exemplified by a $2.7 billion plan passed in 2014, for which construction has not yet started. In Los Angeles, an ambitious $300 million-per-year water capture project that may bring mixed results has an expected 30- to 50-year implementation timeline.

Paradoxically, many ongoing or new projects to improve water systems use rainfall records that haven’t been updated in decades. So although the federal infrastructure bill has allocated billions to improve water systems, most American cities are still building their infrastructure for the climate of the past or are left to their own devices to pay for new research—independently of one another. Even when money is invested, capitalism’s irrationality means that life-saving science and technology go ignored.

Capitalism’s role in fueling climate change and its inability to handle even the most immediate effects represent an existential threat to billions of humans. While California drowned, Brazil and the Philippines saw equally disastrous Christmas floods. While the Eastern US froze, France, Spain, and Italy recorded winter temperatures of more than 79 degrees. The last nine years were the hottest on record, and 2022 was also one of the driest in many countries. Last summer saw century-old temperature records broken in the UK, Italy, France, and Spain. Catastrophic floods, droughts, and storms hit Europe, Pakistan, India, China, Australia, and southern Africa.

Given its complexity, the climate crisis can only be meaningfully tackled through a democratically planned economy and internationally coordinated plan that places society’s needs over the short-sighted, profit-driven whims of the ruling class. The working class must organize to seize the means of production from the irresponsible hands of the capitalists. With a workers’ government in power, society can move beyond the artificial obstacles of private property and the nation-state and swiftly retool the economy, placing the survival of our species and the habitability of the planet above all else.