Capitalism is Erasing Our Past

The viability of any economic system depends on its ability to develop the means of production, and thereby move society forward. Capitalism uses many destructive tactics in its mission to maximize profits, including colonialism, the export of capital and arms, war, plunder, and more. As the system goes through its death agonies, it threatens to take the cultural conquests of the past down with it. Not only has capitalism ceased to move society forward, but it has begun to destroy the human heritage of past generations as irreplaceable artifacts, landmarks, and museums are being destroyed and looted at a devastating rate.

The destruction of cultural heritage in its many forms has been a long-standing tactic of conquest and imperialism for millennia. In recent years, such destruction has attracted media attention, with stories being used to fuel Islamophobia by focusing on those sites destroyed by ISIS and other reactionary fundamentalist groups. It has been reported that between 2011 and 2015, ISIS destroyed over 150 historic sites, most notably, Palmyra in Syria.

But the mainstream media fails to report that the US and its allies are responsible for more modern cultural destruction in the Middle East than all the fundamentalist forces in the region combined. During the 2003 invasion of Iraq, several archaeological sites were damaged and looted, despite warnings from various organizations and scholars. The US government knowingly contributed to the marginalization of the region’s past while destabilizing its present. As just one example, a US military base was built on the site of ancient Babylon.

The artifacts looted during times of war and chaos often end up on the black market, sold to wealthy individuals and large corporations, with the money being used to back fundamentalist groups, especially throughout Iraq and Syria. It is estimated that between 2014 to 2015, ISIS earned $200,000 from taxes alone on the sale of antiquities. This trend is clearly demonstrated in the case against Hobby Lobby, whose Christian fundamentalist owners have long been interested in acquiring artifacts from Biblical times. In December 2010, the company purchased cuneiform tablets from an unnamed dealer for $1.6 million. To resolve the civil action brought against them, Hobby Lobby was forced to give back 5,500 tablets smuggled out of Iraq and to pay the government $3 million in fines. 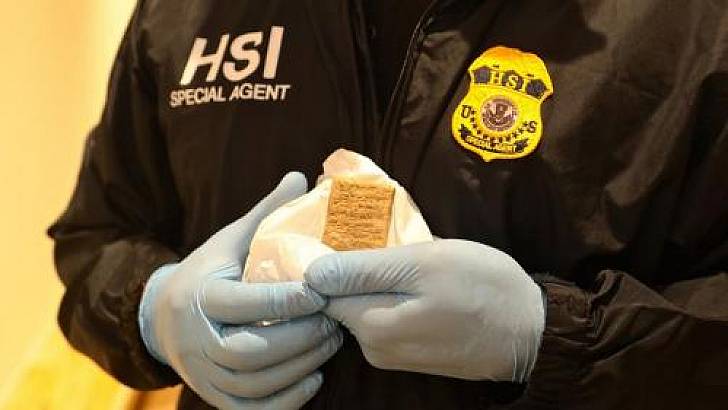 Hobby Lobby was forced to give back the ancient tablets smuggled out of Iraq.

After the 2012 destruction of several historical and religious sites in Timbuktu, Mali, the UN Security Council passed a resolution asserting that those who commit destruction of cultural heritage sites could be prosecuted for war crimes. This classification stems from the deliberate destruction of heritage as a tactic of war, which has been used throughout history as means of cultural cleansing to break the ties between heritage and identity. This resolution was sparked by the destruction in Timbuktu, and in August 2017, the International Criminal Court ruled that the former Islamist militant who led the destruction of holy sites in Timbuktu was liable for 2.7 million euros in damages. The UN ICC has made only a handful of rulings on this question. Unsurprisingly, however, none of the cases taken up by this façade for imperialism have dealt with destruction and war crimes committed by “civilized nations” like the US.

To find a solution to this problem, we must start by analyzing on a class basis. As long as we live under a system based on exploitation, oppression, and profit, wars will be waged, as they are among the most profitable industries for imperialism. But war is not the only cause of cultural destruction. Poverty, lack of education and training, scarcity of resources, and cultural bias all play a role in ensuring the destruction of vital historical artifacts and sites. The US government is more than willing to spend lavishly when it comes to bombing Syria and developing weapons of mass destruction but claims the cupboard is bare when it comes to the upkeep, restoration, and investigation of our collective human past. 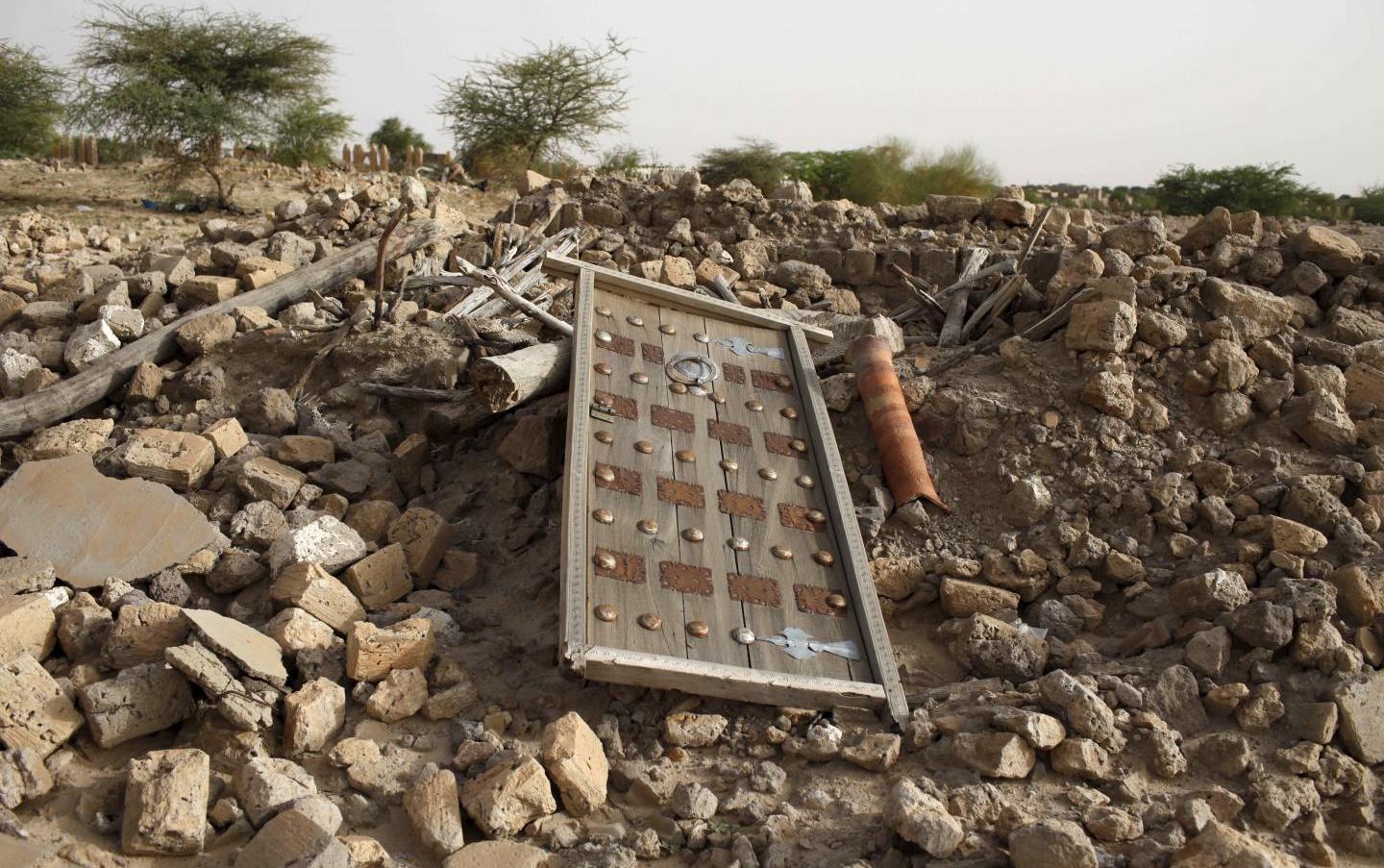 Ruins from an ancient mausoleum destroyed by Islamist militants in Timbuktu.

An article written in 2003 by Alan Woods on the Iraq War sums it up well:

The struggle against imperialism and capitalism has now become the struggle to defend the gains of human culture against a destructive force that threatens to crush them underfoot in order to satisfy its insatiable greed. The working class cannot be indifferent to the fate of culture. This is the foundation upon which the future socialist edifice will be built. We cannot allow the bourgeoisie to wreck it! The accumulated gains of 4,000 years of human civilization must be defended, valued, treasured and preserved for the benefit of our children and grandchildren.

Despite its limited power, the United Nations Educational, Scientific, and Cultural Organization has done useful work in cataloging world heritage sites around the planet, thousands of which are in the Middle East. Now Trump has announced that the US would withdraw from UNESCO. As one of its largest donors, this would mean pulling the plug on the already meager resources dedicated to promoting science, education, and culture around the world. Thousands of sites, especially in the poorest countries of the world, cannot be properly maintained, much less restored without massive funding.

Only under socialism will we have the resources to preserve and expand our knowledge of the past. Only when the world working class asserts democratic control over the means of production will we be able to move society forward while protecting the precious remnants of the many brilliant cultures humanity has created. Until then, not only is humanity’s future threatened by the crisis of capitalism, so is its past.