Liberalism, Racism, and the Far Right 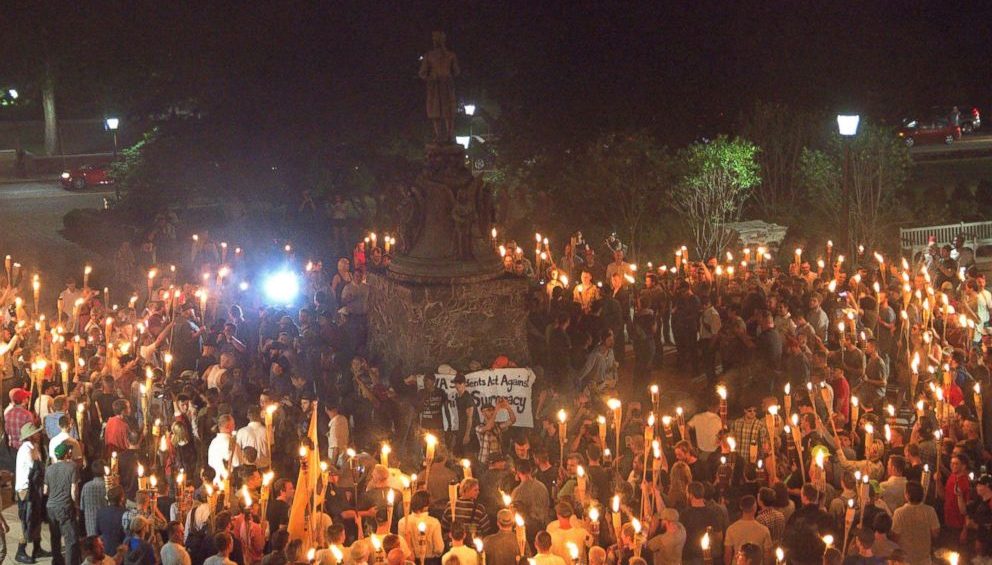 Marxists defend democratic rights and oppose their restriction or suppression by the bourgeois state. We can be sure that any repressive measures against the far right will pale in comparison with what the ruling class will attempt to do to the left and the labor movement in the future. But we do not approach democratic rights in the abstract. For us, they are means to increasing working class unity, consciousness, and confidence, but not ends in themselves.

The right-wing terror attack in Charlottesville demonstrated once again the limitations and impotence of bourgeois liberalism. Take, for example, the American Civil Liberties Union. Their bourgeois-legalistic conception of democracy outside of time or place, without regard to the class interests being served, led them into a de facto alliance with the extreme right. Despite doing some useful basic legal work, which can benefit the workers in their struggle against the bosses, the ACLU’s defense of the “Unite the Right” march is a continuation of the organization’s long-standing policy of collaborating with ultra-reactionary and neo-Nazi organizations. In this regard, the ACLU—which expelled one of its own founding members for holding left-wing views—sustains a rearguard defense of the white supremacist movement and the capitalist society that generates it.

As Malcolm X observed, “You can’t have capitalism without racism.” Champions of the capitalist system—Democrats and Republicans alike—necessarily defend racism as part of their political activity, albeit in different ways. When House Minority Leader Nancy Pelosi asserted that the Democrats are “capitalists, that’s just the way it is” she was committing her party to maintaining a political and economic system dependent on the exploitation and oppression of the overwhelming majority of the population.

The economic and political elites who preside over this system are “superpredators”—to repurpose a term Hillary Clinton once reserved for poor black people—whose continued power is maintained by violence directed against the majority of the population. This capitalist violence takes many forms, ranging from individual terrorist attacks by alt-right racists, as in Charlottesville, to the casual murder of unarmed individuals by police, as in the tragic case of Samuel DuBose.

Donald Trump summed up the attitude of US ruling circles toward the white supremacist movement when, in the aftermath of Charlottesville, he condemned violence on “many sides,” thus drawing an absurd equals sign between anti-racist protesters and “Unite the Right” marchers. Some 48 hours later, Trump released a second statement criticizing the KKK and neo-Nazi groups, which no one could take even remotely seriously. This is the true face of the US ruling class: encouraging and lending support to white supremacist terror; equating racists to anti-racists, and only hollowly condemning racism when the pressure from below grows too great.

And while certain Democratic politicians, such as Barack Obama, may cry crocodile tears over the violence in Charlottesville, the fact remains that they and their party are responsible for carrying out some of the harshest attacks on workers and the poor within the US and worldwide. For example, Bill Clinton’s administration laid the foundation for mass incarceration in its modern form, while Obama bears the responsibility for deporting millions of people from the US and for overseeing US support for Saudi Arabia’s campaign of ethnic cleansing in Yemen.

The dependence of the US ruling class on the extreme right is not only a feature of domestic policy but is a staple of US foreign policy as well. In 2016, the United Nations, which is the furthest thing from a revolutionary organization, passed a token resolution opposing the glorification of Nazism. Unsurprisingly, the US representative, acting under orders from the Obama administration, voted against, making the US one of only three countries willing to go on record as unwilling to combat the glorification of the Nazi regime. This position was the result of US maneuvering in Ukraine, where the US-backed government in Kiev leans on the extreme right and neo-Nazi elements. Both at home and abroad, both Democrats and Republicans are incapable of taking a truly hard line against right-wing extremism and seek an accommodation with it.

The US is a democracy, in the limited sense that democracy can exist under capitalism. But it is one in which the majority of the population is excluded from meaningful political participation, and the prevailing economic system is maintained by the systematic oppression of the majority by the minority. That is to say; the US is a democracy in the same sense that the slave state of ancient Athens was: democracy exists only for the wealthy and powerful layers of the population, while everyone else is crushed underfoot.

In Charlottesville and Boston, the white supremacists were overwhelmingly outnumbered by anti-racist protesters. This is always the case wherever and whenever the white supremacist movement shows its face. Only by hiding behind a mask of tolerant liberalism can the racist capitalist system preserve itself, and that mask is beginning to slip. It is the task of revolutionaries everywhere to tear away the mask, to expose the true face capitalism to the light of day, and to organize the popular outrage. The socialist revolution will be the victory of all oppressed and exploited over their oppressors and exploiters and it can only be achieved if we build a Bolshevik party deeply rooted in the mass movements and organizations of our class.