Venezuela: How did the PSUV Lose the Local Elections in Chávez’s Home State? 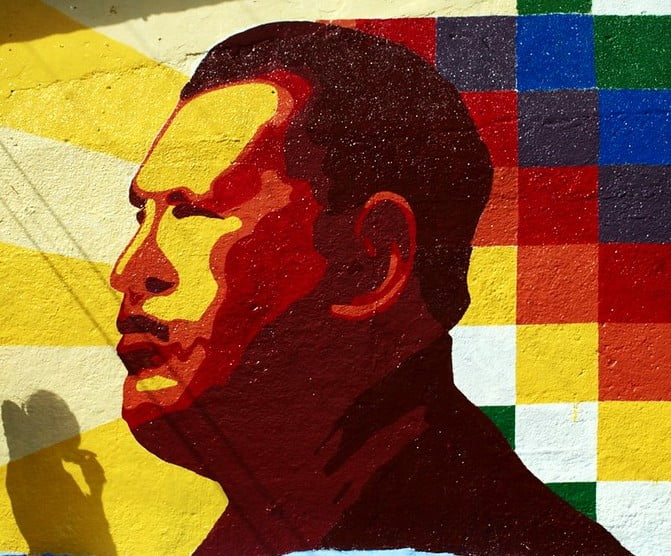 The rerun of the election for the governor of the State of Barinas—home state of the late Hugo Chávez—produced an apparently surprising result: the defeat of the PSUV and the victory of the reactionary opposition candidate Sergio Garrido, of the Democratic Union Table (MUD)—the pro-imperialist, coup-plotting opposition that represents the old oligarchy.

Read the original in Spanish here

With 97.40% of the vote counted and a participation of 51.89%, the results were as follows [NOTE: “Gran Polo Patriótico” is the name of the electoral front led by the PSUV]:

Barinas, the home state of the late Hugo Chávez, had been governed since 1998 by members of his family (first his father Hugo de los Reyes, later his brothers Adán and Argenis), all with substantial majorities that reached a maximum of 76% of the votes in 2004.

However, in recent years there has been a very important erosion of the chavista vote, due to a combination of national factors, but also region-specific issues in the plains where the agrarian question is very important.

At the national level, the economic crisis, which began with the fall in oil prices in 2014, has had a massive impact on the living conditions of millions of Venezuelans, after substantial improvements during the first 15 years of the Bolivarian revolution. Starting in 2015, the US began to apply sanctions against Venezuela, which reached their peak in 2019 with an oil embargo. To this must be added the coup d’etat by the reactionary opposition supported by Washington, reaching high-water marks in the guarimbas (reactionary rioting) of 2014, 2017, and Guaidó’s failed coup attempts in 2019.

The Maduro government’s response to this situation has been to try to make bigger and bigger concessions to the bourgeoisie, progressively eroding the base of support for the Bolivarian revolution. The economic package of August 2018 was a turning point, including the destruction of workers’ rights and collective bargaining agreements that had been hard fought for. Chávez’s policies of nationalization and workers’ control have been reversed, with the covert privatization of companies, the eviction of peasants from their lands in favor of large landowners, and practically the total destruction of any vestige of workers’ control.

This policy has been accompanied by selective repression against labour and trade union activists (there are more than a dozen unjustly imprisoned and with all kinds of violations of their procedural guarantees), and the use of the state apparatus (the Supreme Tribunal of Justice and National Electoral Council) as a battering ram against the opposition both from the right as well as from the left. For example, the state has legally intervened in the internal affairs of parties that are part of the Popular Revolutionary Alternative (APR, which is led by the Communist Party of Venezuela) such as the left-wing “Fatherland for All” (PPT), Tupamaros, Venezuelan Popular Unity; and we have also seen the disqualification of APR candidates.

What we are talking about is a bourgeois and oligarchic restoration led by the PSUV and the Maduro government.

These general policies have had a particular impact on Barinas, a region in the plains where the agrarian question is particularly important. The policy of evicting peasant communities in favor of big landowners and repressing peasant activists has been particularly prevalent in Barinas.

We are seeing members of the National Guard—acting in combination with local judges, the INTI (National Land Institute), government officials, and wealthy families in the area and other neighboring states—evicting peasant communities using violence, threats, criminalization and even the use of hitmen. In some cases, these communities had official permission to use the lands granted under the Chávez government, whilst others had occupied and begun working unproductive lands. Those who want to know more can look into the cases of Hato Gavilán-La Chaqueta, La Escondida, Las Mercedes, among others, all from recent years, and particularly since 2017.

The “Admirable Peasant March” of 2018 began precisely on the first anniversary of the assassination of two peasant activists in the State of Barinas. Just two days after President Maduro received the members of the march and made all kinds of promises (that were not kept) three other peasant activists were assassinated in Hato La Escondida, in Barinas.

This has caused widespread discontent among the PSUV voting base everywhere, but particularly in Barinas.

To these factors must be added the level of legal trickery to which the PSUV has resorted to retain the governor of the state, all of which ultimately has not worked.

Why was there a rerun of the elections in Barinas? The rerun elections of January 9 in Barinas were held on account of the Supreme Court (TSJ) decision to suspend the counting of votes in the November 2021 regional elections. When it was clear that the opposition candidate, Freddy Superlano, had won by a narrow margin of a few hundred votes, beating the PSUV candidate Argenis Chávez (according to official results announced by the CNE), the Supreme Tribunal of Justice decided to suspend the election. The excuse? An alleged disqualification of Superlano, taken from a judicial process against him. The situation is scandalous. Superlano had benefited from a pardon signed by Maduro in August 2020, in the midst of negotiations between the government and the pro-imperialist opposition. But even if he was disqualified from standing for public office, why was he allowed to stand in the elections in the first place, and the alleged disqualification only brought to light after the results showed him to be the winner?

Not content with that, the CNE also decided to disqualify Superlano’s wife and another candidate that the opposition had proposed as candidates for the rerun elections in January. But these tricks not only affected the reactionary opposition. To try to secure the vote, the PSUV launched two other maneuvers. The first was the disqualification of the candidate of the Popular Revolutionary Alternative APR (Communist Party PCV, Fatherland for All PPT-Uzcátegui, Tupamaros-Pinto, Lucha de Clases). The candidate had participated without problems in the November election (on the PCV ticket) but was disqualified without explanation for the January election, and the deadline for the decision prevented the APR from replacing the candidate with another. To try to divide the opposition vote, Claudio Fermín, from the part of the opposition closest to the government, also ran in the election.

The PSUV also withdrew Argenis Chávez as a candidate and replaced him with a figure with national prestige, Jorge Arreaza, in addition to launching a government campaign of social projects and investment promises in Barinas to try to secure the vote.

Ultimately, none of this worked. From a position where Argenis Chávez lost the election in November by a few hundred votes, we arrived at a position where the most reactionary opposition won the Barinas election by a substantial margin of 46,000 votes (14 percentage points).

It is worth comparing the results with the 2017 state governor election—which pitted Argenis Chávez against Freddy Superlano:

It is not that people from Barinas have turned to vote for the opposition, but rather that the PSUV lost a very important percentage of its votes. The responsibility belongs completely with them and their anti-worker, anti-peasant policies that have nothing to do with what the Bolivarian Revolution represented. More than this, they are the very antithesis of the Bolivarian Revolution.