Palestinian Journalist Murdered by Israel: This Is a War Crime! 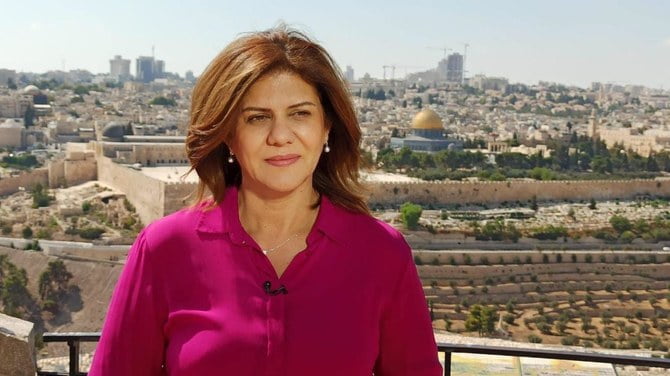 Palestinian Al Jazeera reporter Shireen Abu Akleh, 51, was shot dead by the Israeli military early this morning, while covering a raid on the Jenin refugee camp in the occupied West Bank. This cold-blooded murder of a journalist—a war crime under the Geneva Convention—further exposes the brutality of the Israeli state, and lays bare the repulsive hypocrisy of its imperialist allies.

According to fellow journalists who witnessed Abu Akleh’s death, her life was ended by an IDF sniper, who pinned her colleagues down with continuous fire, initially preventing them from retrieving her. Another journalist, Ali al-Samoudi, was also wounded. Abu Akleh, who was wearing a flak jacket clearly marked “PRESS” and a helmet, was hit just below the ear. This precision suggests deliberate murder.

The Israeli security forces scandalously blamed Abu Akleh’s death on “indiscriminate fire” from militants on the Palestinian side, during an “exchange,” sharing video that appears to depict a Palestinian gunman bragging about taking down “a soldier”— implied to be mistaken identity for Aby Akleh. However, a plethora of evidence exists to disprove this farcical claim.

A field researcher for the Israeli Information Center for Human Rights in the Occupied Territories, B’Tselem, documented the precise locations depicted in the video distributed by the Israeli military, which did not match the site of the fatal shooting. Furthermore, Al Jazeera’s English-language network shared another video of the immediate aftermath, which is clearly in an entirely different part of the city.

Clearly depicts continued Israeli firing after Shireen Abu Akleh went down. Screams of “Ambulance”. One man tries to retrieve Shireen, others scream at him to move back from Israeli sniper range.

It shows Abu Akleh flat on her face, slumped near a wall, while shots continue to ring out. There are screams of “ambulance!” while an individual in a blue “PRESS” flak jacket attempts to approach Abu Akleh, before being warned to stay out of the sniper’s eyeline by a man in a white t-shirt, who then appears to successfully recover Abu Akleh.

She was rushed to hospital in critical condition, but died at 7:15am local time. Other Al Jazeera journalists present at the scene claim there were no Palestinian gunmen present, and there are none depicted in the video from right after the shooting.

Al-Samoudi, who was shot in the back and is in a stable condition, stated: “We were going to film the Israeli army operation and suddenly they shot us without asking us to leave or stop filming. The first bullet hit me and the second bullet hit Shireen … there was no Palestinian military resistance at all at the scene.”

Another witness, local journalist Shatha Hanaysha, said: “The [Israeli] occupation army did not stop firing even after she collapsed. I couldn’t even extend my arm to pull her because of the shots being fired. The army was adamant on shooting to kill.”

Under the pressure of the mounting evidence, the Israeli military backtracked from its initial explanation, with IDF chief of staff General Kokhavi stating that: “at the moment it is not possible to determine from which fire Abu Akleh was killed.”

The news of Abu Akleh’s murder has sent waves of anger across the region. The Palestinian-American national was a veteran reporter for Al Jazeera, having joined the network in 1997. For many in the Arabic-speaking world, hers was a familiar voice, which has now been silenced by the Israeli security forces.

This is not the first time a journalist has been targeted. The Palestinian Journalists Syndicate reports that 46 journalists have been killed by the IDF since the year 2000. In 2018, the death of photojournalist Yaser Murtaja made headlines, after he was shot in the stomach while covering a mass demonstration at the Gaza border. He was also wearing an identifying “PRESS” jacket.

Just last year, the Israeli military destroyed a media tower in Gaza, housing offices for Al Jazeera and AP, during a savage bombing campaign that left over 250 dead, including over 60 children.

In reality, these so-called laws and norms are a pathetic charade. Christine Rinawi, a correspondent for Palestine TV and colleague of Abu Akleh stated today that she had been arrested by the IDF nine times over a period of 18 months: “There is no protection for journalists here.”

Israel has been flouting international law with impunity for decades, because it enjoys the backing of the main imperialist powers, who continue to supply it with money, arms and training irrespective of the misery and murder it inflicts on the Palestinians.

Every year, for over 50 years, the US has vetoed UN resolutions critical of Israel, and continues to send $3.8 billion dollars annually on the “condition” of Israel meeting its human rights commitments. In that time, thousands of Palestinians have been killed, assaulted and imprisoned without charge.

Similarly, since 2014, Saudi Arabia has besieged Yemen, using weapons purchased from benefactors in the West, in a war described by Amnesty International as the world’s greatest human rights catastrophe. Hundreds of thousands of men, women and children are thought to have died already from bombardment, disease and starvation, with hundreds of thousands more at risk.

There is no international legal protection for journalists, civilians or anyone else, if enforcing this protection would conflict with the interests of imperialism and its close allies.

By contrast, Russia’s invasion of Ukraine has been met with endless condemnation of alleged war crimes, including “genocide.” This in turn provides ample justification for sanctions against Russia, along with tens of billions of dollars’ worth of “lethal aid” to Ukraine, in order to prolong the conflict. In April, Israeli Foreign Minister Yair Lapid had the gall to condemn “war crimes against a defenseless civilian population!”

One wonders if these noble sentiments extend to Pablo González, a Spanish-Russian journalist who has been detained in Poland for months, without access to legal counsel, after he was falsely suspected of belonging to Russian military intelligence. González’s imprisonment without charge also contravenes every EU law and standard written, and yet, we hear no hue and cry.

The US envoy in Israel, Tom Nides, has “encouraged” a “thorough” probe into Abu Akleh’s death. One can reasonably assume that, had she been a Ukrainian journalist killed by the Russian military, the conclusion would be immediately (and loudly) drawn that Putin had chalked up another atrocity—necessitating another round of sanctions on Russia or a new shipment of guns from NATO!

If the ongoing investigation into Abu Akleh’s killing confirms an IDF sniper was responsible, presumably the US and NATO will be launching a hail of sanctions at Israel to cripple its economy, and ship boatloads of munitions to the Palestinians in order to support their “just war of self-determination against a barbaric aggressor?” Somehow, we suspect not.

This blatant murder exposes the western imperialists’ cries about “democracy” and “international law” as nothing but a shameless cover for the ruthless pursuit of their capitalist interests. In the process, they and their proxies commit all manner of atrocities, then collude to conceal them, or dodge the consequences.

The International Marxist Tendency stands for the end of the rotten capitalist system these gangsters defend, and all the horrors that go with it. The only justice for the innocent victims of capitalist conflict will come on the basis of class struggle against the ruling classes of all nations, who are condemning humanity to ceaseless barbarism.