Republicans and Democrats in Disarray as the 2022 Midterms Loom: Fight Trumpism, Fight for Socialism! 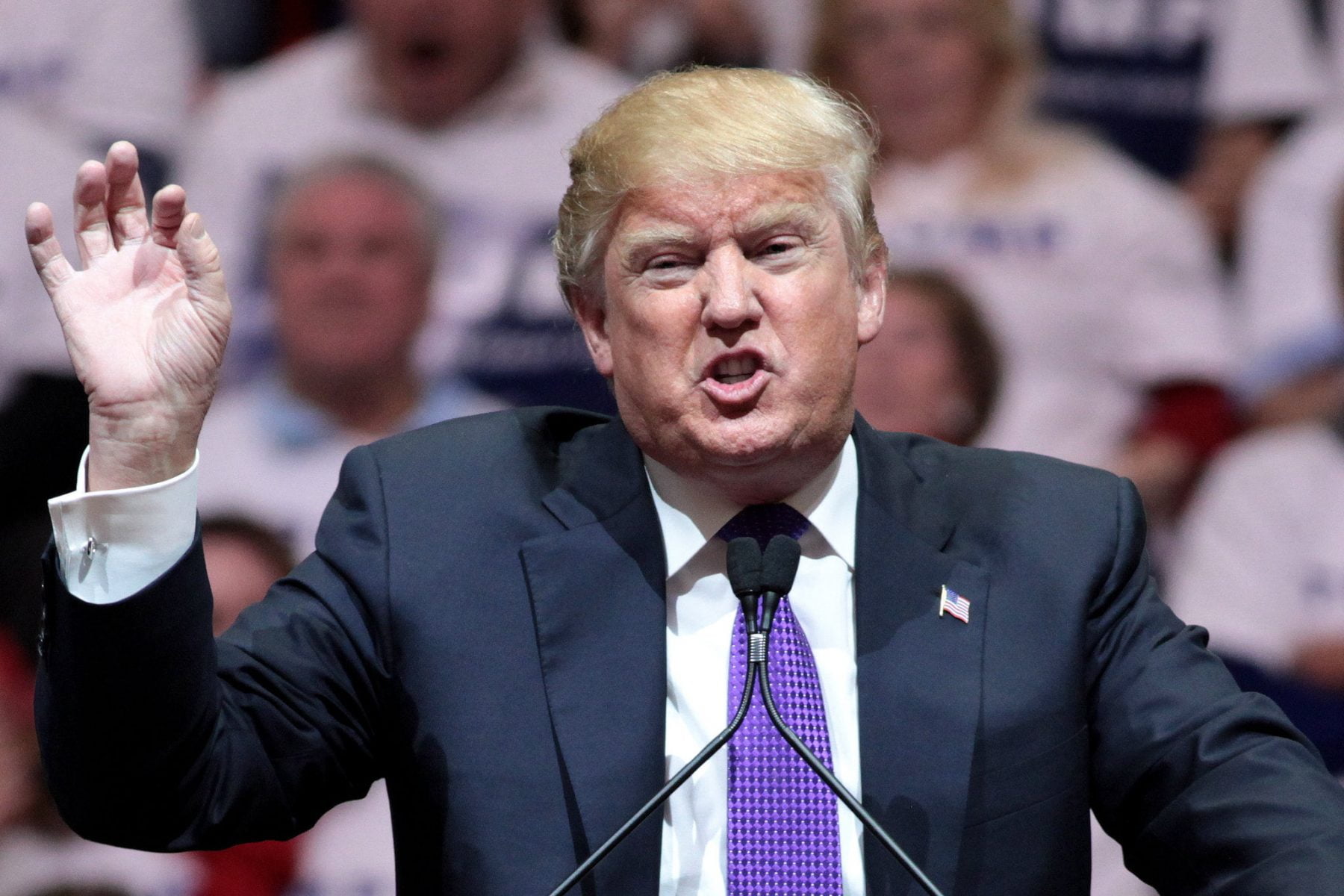 The midterms used to be a banal affair that received little attention and voter turnout, in which the opposition party would typically retake control of Congress without much uproar. But the traditional dynamics of US bourgeois politics have been entirely upended in the last period, as the systematic crisis of world capitalism wreaks havoc on political stability across the globe. This year’s midterms will provide a partial snapshot of the political mood in American society at the halfway point of Biden’s presidential term.

Lacking a clear class option in the form of a mass working-class socialist party, the present crisis of American capitalism and accompanying polarization tends to refract into the distorted prism of the two capitalist parties. Both make skillful use of the “culture wars”—a dynamic that is particularly clear in the Republican Party. For decades, the GOP has leaned on right-wing identity politics, with tactics such as racist dog whistles and nods to “traditional values.” Trump took that approach and turned the dial all the way up, falsely posing as the “anti-establishment” option to tap into the anger of millions. The result has been the slow unraveling of a key pillar of US bourgeois rule, the Republican Party.

The deep rifts within the Republican Party have been on full display in recent months. The fate of Liz Cheney is a highly instructive example of what awaits any Republican politician who breaks with Trump. She has now been “ousted” twice from various positions, having attracted the vitriol of her pro-Trump colleagues and voter base alike. Last year, she was unceremoniously removed as her caucus’s Conference chair. More recently, she lost her Republican primary in a landslide victory for Trump-endorsed Harriet Hageman. This is, of course, because Cheney has positioned herself as the leader of the “respectable” wing of the Republicans, even stating recently that she would consider a run for the presidency. She has consequently garnered the respect of liberal politicians and newspaper columnists, but it is noteworthy that she has very few vocal supporters in her own party.

Cheney cannot and will not save the day for her party’s establishment. This has-been is not a “profile in courage,” but rather, a contemptible ideologue with an evident knack for wishful thinking. The day when the country “moves on” from the “trauma of the Trump years”—at which point she can step in with a “clean record”—will never come. World capitalism is in an irreversible crisis—and that is the source of the political tumult in the US and everywhere else. Cheney, Romney, the Bushes, and their ilk are remnants of an era that is dead and buried. It will not be linear, and some small wins for the “establishment” cannot be ruled out, but Trumpism, or at the very least “Trumpism-lite” along the lines of Ron DeSantis, remains the future of the party.

Marx explained that the modern capitalist state is “but a committee for managing the common affairs of the bourgeoisie.” But all experience demonstrates that Trump, with his egotistical and uncontrolled approach to politics, is entirely unfit for this role in the eyes of the majority of the US ruling class. See, for example, the recent FBI raid on Mar-a-Lago, which appears to have been an attempt to retain a few classified keepsakes from his time in the White House—followed by an open lash-out against the FBI by the former executive enforcer of “law and order.” It is for this—and much more—that various wings of the ruling class are waging simultaneous campaigns against Trump, looking for some way of removing him as a political factor.

To summarize the main litigation he is embroiled in, Trump is a) being prosecuted by the Manhattan District Attorney; b) faces a civil lawsuit by the New York State attorney general; c) is under investigation by the Atlanta District Attorney for interference in the 2020 election count; d) is being investigated by the “January 6 committee”; and most recently, e) has had his home in Mar-a-Lago searched by the FBI due to his possession of classified documents. All of these charges are being leveled at an individual who recently had the “great honor” of serving as the American president—and who may well win another term. Such is the state of US bourgeois democracy in the epoch of terminal capitalist decline!

The majority of the American ruling class would love to see Trump removed from politics. If possible, barring him from a 2024 Presidential campaign would be ideal. Simultaneously, the ruling class seeks to send a message to other would-be Trumps: the rules exist for a reason, and we won’t let this behavior off scot-free. But this could certainly backfire. The ruling class is damned if they do, damned if they don’t. A 2024 victory for Trump would be a nightmare for the capitalists. But even if he never sits again in the Oval Office, he could get many miles out of becoming a political “martyr”—whether from prison or his luxurious Florida home.

It is noteworthy that Trump only holds a plurality of support among Republican voters, not a majority. While three-quarters of the Republican base does not believe Joe Biden was legitimately elected, less than half would pick Trump as their 2024 Presidential candidate. And although many in the Republican establishment would surely prefer DeSantis over Trump, it may be hard for them to deny the former president another shot at the ultimate crown.

Liberals lament the transformation of the Republican Party into an “authoritarian cult.” True enough, the most hardened Trumpists may embody that description. But this is not the case for every one of the tens of millions who look to Trump as a savior. More than anything else, his popularity hinges on his attacks against the political “establishment.” This explains why unambiguously conservative hacks like Liz Cheney attract the ire of Trump voters. Trump’s unique popularity lies, not in his conservatism per se but, above all, in his “fighting spirit” as he cynically and often humorously attacks longstanding politicians and institutions.

Biden has had a unified government for over a year and a half and, save for a few crumbs like the “Inflation Reduction Act” and the meager student loan forgiveness measure, has done little to fulfill his campaign promises. Given Biden’s underwhelming record, regaining control of Congress should be a shoo-in for Republicans. But the unelected Supreme Court spit in the face of millions by overturning Roe v. Wade. It is not ruled out, therefore, that the Democrats will do better than previously expected. The recent referendum results in Kansas are instructive. In this “deep red” state, the referendum to illegalize abortion failed spectacularly. And as always, in the absence of a clear alternative, the Democrats will win certain layers purely on the basis of not being Trump. But this support is tenuous at best.

Seventy-one percent of Americans support unions. Sixty-one percent support the right to abortion in all or most cases. Two-thirds of Americans think the government should do more to address climate change. Inflation, employment, healthcare costs, and infrastructure decay are also key concerns for millions. The Democrats may support all of this in words, but in deeds, they have exposed themselves over many decades as unable to meaningfully address any of the issues facing workers.

Given majority support for a range of measures to address class issues, how is it even a struggle to defeat Trumpism? The completely undemocratic nature of the Senate and the Electoral College clearly plays a big role. But the most important reason is simple: neither party represents the working-class majority of society, and the labor leaders do not offer a class-independent way forward.

No matter what happens in November, Biden will continue to preside over a deep crisis of capitalism. The inflationary crisis, which is currently the number one concern for American voters, lingers throughout all of the ruling class’s considerations. In 2020, cheap money was necessary to prop up the system. Now, central banks worldwide are raising interest rates to try to curb rampant inflation, and the Federal Reserve is preparing public opinion for the possibility of a new recession. As Federal Reserve chair Jay Powell recently said: “We have got to get inflation behind us. I wish there were a painless way to do that. There isn’t.”

This, along with so many other fault lines in US society, is a recipe for continued social and political tumult and polarization. There is only one way to confront and end the cancer of Trumpism and the crisis of the two bourgeois parties: bold, class-independent, socialist politics.

The political situation in the US is characterized above all by a hatred of the establishment and growing distrust of all institutions. At the same time, the class line continues to slowly assert itself, despite all the noise of the “culture wars.” In a recent poll of trust in 16 different institutions, all but one—organized labor—declined in 2022 vs.2021. And on average, confidence in institutions is at its lowest since 1979. This is a truly telling sign of the process of revolution that is percolating in US society.

Significant layers of Trump’s base, which includes tens of millions of workers, could be won away from his grip—but with the current crop of labor leaders, no one should hold their breath. The role of the labor leaders and people like Bernie Sanders is truly lamentable. Despite having lost his prior “anti-establishment” shine, Sanders could likely still start a new party simply by snapping his fingers—had he not fastened himself to the capitalist Democratic Party long ago.

One thing is clear: the “center” is a fiction that cannot hold. This is an international phenomenon. The youth, in particular, are rightfully disgusted by both parties. And within this context, growing numbers of young people across the world are turning to the ideas of socialism and communism—a welcome harbinger of the political earthquakes that are yet to come.

In this context, the Marxists must continue to patiently explain, educate, organize, and grow our ranks as fast as possible in advance of the mighty class battles and crises to come. Before we know it, the 2024 presidential election will be upon us, at which point things will really start to heat up. So let us remind ourselves, our readers, and supporters: only socialism can beat Trumpism!